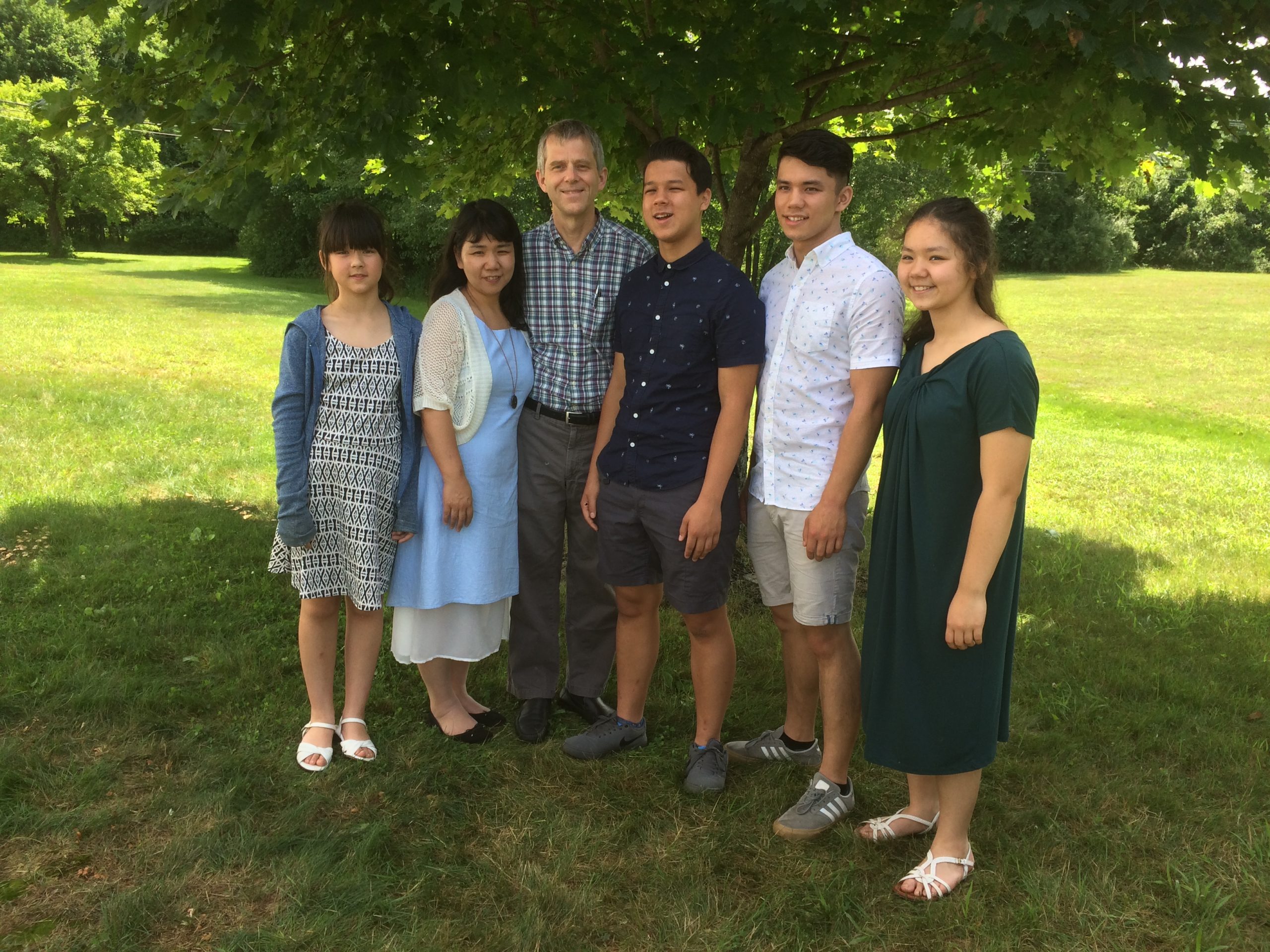 Japan, known as the “Land of the Rising Sun”, while prosperous materially, is a nation steeped in spiritual darkness and despair, and remains largely unreached. Since our deployment to Japan in 2009, we have had the privilege of serving alongside both missionary colleagues as well as Japanese church leaders to build up the church and shine the light of the Gospel of Christ among the Japanese people.

I (Greg) was born and raised in Japan, where my parents served with WorldVenture. Through my parents’ testimony, I came to faith in Christ at a young age. During most of my 20-year career as a software engineer, I engaged in Japanese lay ministry in the Twin Cities, MN. In addition, I had a two-year “tentmaking” stint working in Tokyo, which gave me an inside perspective of the Japanese business world, and a flavor of ministry in a Japanese church setting.

As a church planter, I see myself as a catalyst in mobilizing the church in Japan to be a more effective witness in their own largely unreached and needy society. To this end, I aim to engage in the task of disciple making through evangelism, discipleship training, leadership development, small group ministry and mentoring relationships. I also enjoy leading worship in song both in the local Japanese church context as well as in international gatherings.

As a native Japanese, I (Asa) was also raised in a Christian home. I accepted Christ at a 1980 Billy Graham Crusade in Tokyo. Having come to enjoy children’s ministry at my home church, I later sensed the Lord leading me to study pastoral care at Bethel Seminary in St. Paul, Minnesota, where I met Greg. I enjoy ministering to Japanese women through mom and tot outreach programs, discipleship, counseling and mentoring.

After moving to the west Tokyo suburb of Kokubunji in 2014, we began a new church planting effort in that community in partnership with Kodaira Chapel of the Keisen Network. Through ministry initiatives like Grace English Café, Musikgarten, and our Bible Café worship gatherings, we have endeavored to engage the community and form a core group committed to seeing a new vibrant community of passionate followers of Jesus with a vision to spread a passion for God’s glory through Gospel witness and church multiplication.

In 2018, through a remarkable sequence of developments, we were providentially given the opportunity to procure a plot of land in the immediate area where we had been living for four years, birthing the House of Grace vision. We began dreaming of having a building that would serve not only as our dwelling but also as a ministry center where we could do all the above ministry activities and more.

By God’s grace, we were able to close on the land, enlist the services of a custom builder, and move into the completed House of Grace building by October 2019! Our vision for House of Grace is to grow a God-centered, Christ-exalting, Spirit-empowered, prayer-driven, Bible-saturated, neighbor-loving, Gospel-preaching, disciple-making, community-engaged, missional house church that will not only serve as a Gospel witness in our local community, but also as an incubator for launching other house churches near and far with a like-minded vision.

MINISTRY CHALLENGES
• A perception that Christianity is a foreign / western religion.
• A lack of men in the church.
• Low birthrate resulting in population decline.
• Workaholism, sometimes resulting in death by overwork.
• High rates of depression and suicide.