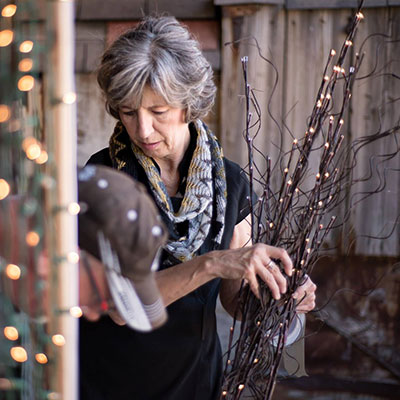 A Different Approach to Health Care in Africa

Connie Jarlsberg was the head nurse of the burn unit at Detroit Receiving Hospital, where she took care of the many wounds in a city rampant with crime. She loved what she did, and she was good at it. One Sunday, the pastor of her church said something that struck Connie: “God is far more interested in your character than your career, and he’s far more interested in internals than externals.”

Connie couldn’t answer the question of who she was besides being the head nurse of the burn unit at Detroit Receiving Hospital. Her parents even referred to her as “their daughter Connie, the nurse.”

That Sunday, Connie prayed, “If my life is so out of whack that all I can think about is my work, I’ll do anything to get that back in line, because I have to be more than what I do.”

This led Connie down a series of inquiries and decisions that moved her along the path to health care missions in Africa. After serving in Cote d’Ivoire on a short-term trip, Connie finished her master’s degree in burn emergency and trauma nursing and went on to seminary to receive a Biblical Studies certificate. In June of 1990, she was appointed with WorldVenture and headed to the Democratic Republic of the Congo (formerly Zaire) in 1993 after language study and tropical medicine studies in Europe.

Connie would cross a rushing river on a log every day on her way to the nursing school on the other side. After she left her position in the Congo due to political unrest, Connie decided to go to Uganda to work with a team doing HIV/AIDS prevention.

In many ways, Connie has been a passionate example of a changing paradigm for medical missions in Africa. Instead of working as a nurse and doing patient care, Connie is educating local Ugandans to be nurses themselves.

“It just makes more sense for me to help educate Ugandan nurses as opposed to taking care of patients myself, because I can multiply myself that way,” said Connie. “You can pour into patients’ lives, but those are limited interactions. With students, you actually have four years to pour into their lives and to help them understand what nursing is about and who God is.”

Connie is not the only medical professional with similar goals at WorldVenture. Many make it a priority to offer training programs for local people to learn and practice medicine in their local contexts.

“I think that needs to be the changing face of health care ministry these days: we should think of ourselves and sharing the knowledge that we have as well as our skills,” said Connie.

In Uganda, Connie has served on the faculty of Makerere University since 1998, where she helped bring about the first bachelor’s level education nursing program in Uganda. Eight of her former students have gone on to get their master’s degrees, while five have their doctorate degrees.

Connie is filling a deep void in Ugandan culture, giving dignity to a profession that does not hold much respect in society.

“In Uganda, the perception of nursing is that if you can’t do anything else, then you become a nurse,” she said.

One of Connie’s dreams is to change the paradigm that nurses, as professionally educated people, should be caring for their patients, compassionately spreading the love of Christ.

Since Uganda is spiritually open, Connie has the freedom to pray in class and encourage her students to know Christ and use their faith in their work.

Many of the nurses Connie has built relationships with through the years are doing just that. Alice, for example, is a Ugandan health care missionary in one of the northern Muslim villages. One of the village leaders said, “We know she follows Jesus, but just let her do what she wants to do because she loves us.”

Another Ugandan named Solomon cares for people at the government health center and hosts Bible studies with the people there.

“Jesus met physical needs,” said Connie. “He listened to them, He touched them, and He healed them, and that’s what we need to do. We need to listen to people, we need to touch them, and God has given us skills that sometimes we can heal them, but other times He’ll heal them because we pray with them.”