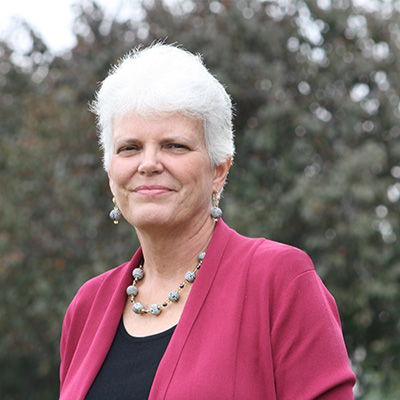 A Life of Medical Missions in West Africa

Medical missions in Cote d’Ivoire has been a complicated, yet rewarding adventure for WorldVenture missionary Robin Hampton. As a missionary nurse headed to the country 40 years ago, Robin worked at the Ferke Hospital for 17 years, learning from and enjoying African culture. She also helped establish national leadership of the Torogo Baptist Dispensary, serving the surrounding community with healthcare as well as spiritual needs. In this interview following her retirement, Robin speaks about the various challenges and unique aspects of medicine and missionary work in Cote d’Ivoire.

What happened in the last five years of your ministry that would not have happened if you retired earlier?

“It’s too easy to focus just on the medical and not leave time to touch the spiritual health of the patient. You just have to keep it front and center all the time.” It was the right timing to get the national professional staff in place to take over the ministries that I’ve been handling for 20-some years. We were able to get a national doctor in place, and a national director and qualified people to handle the pharmacy, the laboratory, and the patient consultations.

What advice would you give to medical missionaries just starting out in Africa?

Listen and observe. Don’t minimize the capabilities of those who have less professional medical education; experience counts a whole lot more than education. Be ready to adapt, because you won’t have all the laboratory and diagnostic tools that we rely on so much here in the States. Don’t be tied in to an hourly schedule like you have in the States, because the demand is greater out there. The needs are greater. There’s more pull on your time and energy. Take the breaks you need in order to keep your own mental and physical health in good shape. And don’t let the medical urgent override the spiritual needs. It’s too easy to focus just on the medical and not leave time to touch the spiritual health of the patient. You just have to keep it front and center all the time.

How were you able to help your patients spiritually in practical ways?

One easy way was just to ask if I can pray with them, because out there everybody knows that prayer is effective; prayer is important. Even if they’re Muslim, they’ll let you pray with them. They can tell by your friendliness, by your openness that there’s something different from the care you give than from what they receive in the government medical services. So they ask questions, and you just give them time to talk. You don’t rush them through. You give them time to ask their questions, and be ready to answer their questions from a spiritual perspective.

Looking back on your ministry, what powerful conversion moments come to mind?

There was a patient at the hospital who was a very strong Muslim, and he resented having to be in a Christian facility, but he was in a truck accident and lost a leg. He was a captive audience, and eventually from hearing the compassion from nurses and doctors that were treating him, he accepted the Lord. He said up to that point, if he saw a Christian in his hometown of Bamako, Mali, he’d go to the opposite side of the street to avoid being close to them and hearing the Gospel.

Two others I know of had very strong visions while they were in the hospital. They were Muslims as well. When we talked to them about their vision and their fear from what they saw, they realized it was really Jesus reaching out to them. And they accepted the Lord.

Has medicine progressed in West Africa since you first started?

There are more opportunities and places where you can get medical care, but some of it is black market. People walk around selling medicines on their heads, and have no idea what it is or what it’s for, which is unfortunate. That was not there when I first came out, but people are looking for cheaper ways to meet their health needs. They’re looking for a magic formula to get healthy.

We used to schedule people six months ahead of time for their surgeries. Now you can go in and be scheduled within a couple of weeks if you’ve got the money. There are more places they can find medical care, and the government health services have improved and become more organized as well as more demanding. We’re trying to get official recognition as a social medical health center instead of a dispensary to actualize what we’ve been doing since the beginning. We now have to meet standards of sizes of consultation rooms. They didn’t use to have standard sizes. So our oldest building—which was built in the ’50s—does not meet standards. We have to remodel that whole building or else tear it down and build a new one.

What is unique about healthcare in Cote d’Ivoire?

There is no legal status in Cote d’Ivoire for a confessional health center. It’s either private or public. We always are trying to figure out what we are and the government is trying to figure out what we are. We’re trying to get to the point where we can have a presidential decree made so that it creates that category of confessional health center. It’s going to take lobbying and time to get that pushed through the political system. That will make things a bit easier. Right now, when we drive our pickup for supplies, they want to charge us special taxes, which are for commercial vehicles. According to our working agreement with health services, we don’t need to pay those, but the other services in the government don’t recognize it, so it complicates matters.

What was it like being single on the mission field?

When I first felt God pushing me toward Cote d’Ivoire, going single was one of my obstacles. My father objected to nothing except he didn’t want me to go alone. That was in high school and when I finished with nursing and my degree at Wheaton College, I visited a mission field in South America. God told me very specifically that I didn’t need me to be married, that he was sufficient, and if and when He knew I needed a husband he would bring Him to the farthest corners of the world. God put me with colleagues, other single women that met my needs for fellowship and socializing. I lived with somebody most of the time I was out there. Then God brought two young men that had emotional and financial needs I could help meet. God gave them to me as sons. It gave me a nuclear family out there. I was involved with weddings for both sons and now I have a grandson. That’s a big pull to live out there.

What is the one thing you learned over your 40-plus years of ministry?

There’s joy in going and doing what God wants you to do. You find a sense of satisfaction and obedience is what God demands of us and it’s for our own good. He’s wired me to be out there and so I was right in my element because he already pre-planned that.

Why are you going back to live in Cote d’Ivoire ?

That’s more home than here. I’ve spent 40-plus years out there. I have African children and grandchildren. My family here is settled, and they’re all Christians. They have their own lives. I’ll come visit on vacation every couple of years, but I’m more at home out there than I am here.

To learn more about Robin, WorldVenture missionary Drew Hayes produced documentary on her and her ministry:

WorldVenture has an established medical missions presence in Cote d’Ivoire, including the Ferke Hospital as well as the Torogo Baptist Dispensary.  Other mission hospitals WorldVenture partners with are located in Indonesia, Tanzania, and Pakistan.