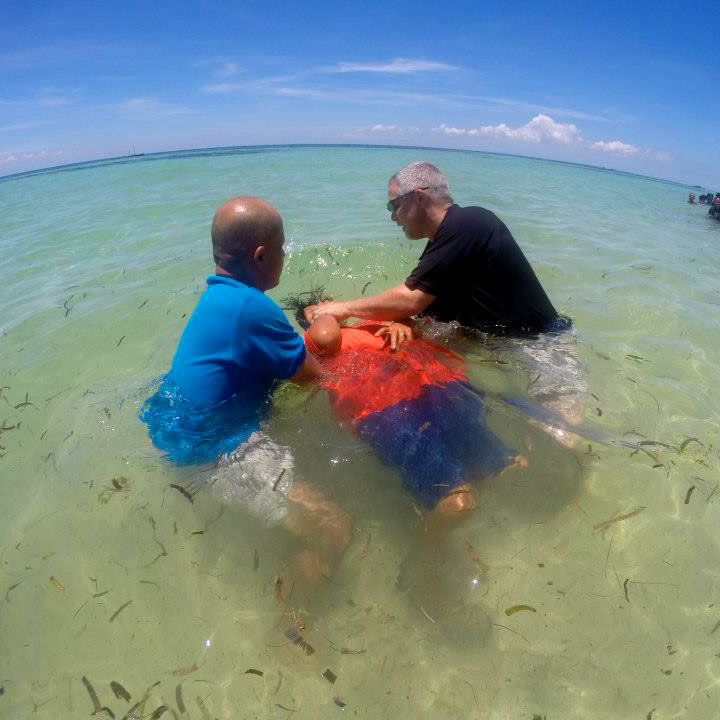 Short-term mission trips have been a source of contention within the Christian community. On one hand, Christian leaders argue that short-term trips do not empower local communities and create dependency. On the other hand, organizations like WorldVenture are full of workers whose short-term trips catapulted them into long-term ministry.

For one WorldVenture worker in the Philippines, hosting short-term teams took much of his time and energy early in his career. What he witnessed was the benefits for the Americans on the short-term trip; however, once they left, he saw few positive changes within the national church.

“It’s the typical problem of the missionary putting in a lot of time and energy and seeing very little fruit come out of it,” he said.

The solution to this problem came through Church Partnership Evangelism (CPE). In the 15 years he’s used this program, WorldVenture has seen at least eight churches planted, as well as at least five national Filipino lay people go into full-time ministry through their involvement in CPE. In addition, American churches have become fully invested in global mission work through CPE.

“What we have with Church Partnership Evangelism is a win for really four people: the sending church and team, the missionary, the national pastor, and the national church,” said one WorldVenture worker.

A team of typically four to six Americans travel to the Philippines to partner with Brent’s local churches. Before their arrival, Brent spends time training the local Filipinos, urging them to pray for a list of contacts who need Jesus. One or two national Filipinos will typically pair with an American, and they will venture to each person on the national’s list, whether these are neighbors, family members, co-workers, or other acquaintances.

The Americans will share their testimony, while the Filipinos will walk through a 10-question tract, asking basic questions about God, Jesus, faith, sin, and salvation. During these meetings, approximately 90 percent of the hosts will accept Christ, according to Brent.

But that’s only half the work. Brent typically sees between 20 to 45 conversions for every American who participates. Part of this is cultural: Filipinos want smooth interpersonal relationships, so they will do anything to please their American friends. “We obviously realize many of those decisions are not sincere decisions,” said Brent.

That’s why American team spends the first half of their week evangelizing, and the second half following up with their contacts. Ideally, the national will establish follow-up Bible studies for further discipleship.

“What we’re trying to do is show the local church members that it’s not enough just to lead your friend to Christ; it’s also important that you disciple them,” said Brent.

Most of the churches working with Brent boast an attendance between 40 and 70 people. When American teams evangelize to Filipinos, Brent is looking for 20 percent of those people to become part of the church. “If we have 200 decisions I’m looking for 40 people into the church. Usually, it’s less than 20 percent.”

Even so, these numbers quickly become significant for the small churches. Brent hopes to continually strengthen the follow-up Bible studies the Filipinos host in order for more effective discipleship.

Brent believes CPE is a perfect tool for evangelism to use in Catholic-background countries beyond the Philippines. He’s seen its success in South American countries, and hopes Europe could even benefit from the one-to-one relationship evangelism. Because of the fervent Catholicism in the Philippines, most Filipinos affirm some of the questions asked in the CPE evangelism sessions. This commonality helps these new converts reach a new understanding of grace and forgiveness.

The mobilization of the American church is also a focal point of CPE. One of Brent’s supporting churches has sent teams for 12 out of the 14 years the program has been running. They push every team member to go, financially support, or pray for the CPE campaign. In addition, David and Kenda Jerome became WorldVenture missionaries to solely coordinate CPE campaigns because they believe in its effectiveness.

Brent hopes to see other WorldVenture missionaries use CPE in their own church planting and evangelism efforts, especially in Catholic-background countries.

“I would love to see some of our other missionaries try this,” he said. “If they’re serious about it, I think they can really revolutionize their own ministry. It gives the missionaries a real, viable way to use short-term teams where it’s advantageous for everyone.”

WorldVenture has been working in the Philippines for decades.  Learn more about relief efforts after typhoon Haiyan.