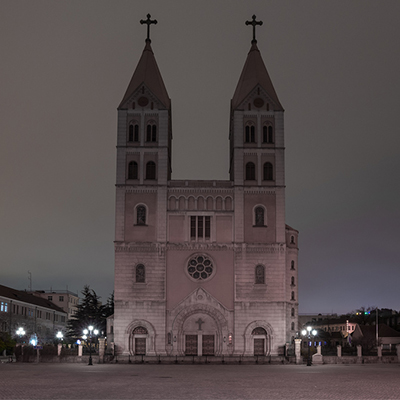 The church cross removals that have taken place across China over the past year and a half have many Christians crying “persecution,” but not everyone feels the same way or has been impacted the same by the removals.

In 2013, the Chinese government decided to enforce building codes that do not allow a cross to be more than one-tenth the size of the church’s façade and cannot be affixed on top of the building either.

The enforcement primarily affected Protestant and Catholic churches that are state-approved. The Chinese constitution grants religious freedom, but only to those churches and temples that register with the government. About 1,200 churches have had crosses stripped off, according to news reports.

Only a small number of house churches have been affected by the cross removals, since house churches typically do not have their own free-standing buildings where they could place a cross.

Some human rights lawyers and pastors have also been arrested recently, including pastor Yan Xiaojie, who was using text messages to send out prayer requests concerning the cross demolitions.

“Ambassador Saperstein called for an end to the ongoing campaign of cross removals and church demolitions in Zhejiang province and an end to harassment of of members of unregistered religious groups,” read a statement from the U.S. Department of State.

WorldVenture worker Jay* and his family attend a house church of approximately 40 people who meet in a small apartment in a little Chinese town, in addition to working in discipleship training and giving locals English language practice.

The church Jay attends, as well as other local house churches he partners with, has not been affected by the code enforcement, he said. Most of the cross demolitions have been in the Zhejiang province. And while there are reports of a number of Chinese Christians who say they feel the cross removal is persecution, Jay is not hasty to use such a strong word.

“In some cases, there have been some violations of building codes … and then the government comes and there is a conflict that occurs. In some instances, I would say the Christians need to show a little more humility as well,” Jay said. “Some of this is affected, I believe, from some higher-up policy that is coming directly from the highest leaders where there is a concern that Christianity is growing so fast.”

However, when it comes to the level of tension and conflict between religious institutions and the cities, a lot of it can vary from place to place.

“Some of the locals are more open to Christians, and then in some cities they’re not,” Jay said.

Estimates show there are about 130 million Christians currently living in China. Jay guessed a more conservative number would actually be closer to 100 million. In the late 1970s, after the death of Chairman Mao Zedong, the number of Christians began to rise. There were between 1 and 4 million Christians before his death, including Protestants and Catholics.

He said he believes there has been huge progress in religious freedom from 20 to 30 years ago, yet that freedom is limited and caution must be exercised still. House churches are considered illegal, and even approved churches face many restrictions. One such restriction being that a Christian from a state-approved church cannot proselytize to persons less than 18 years of age.

“There are many wonderful government churches, you know, with great brothers and sisters who worship [God] … but there is still a little more control,” Jay said.

Mark*, a WorldVenture worker in China, sees the cross removals as part of a continuing trend of a rather complex relationship between church and state.

Some of the suspicion on the government’s part has arisen because of a few protests that recently took place as part of a pro-democracy movement.

“China’s government was very concerned because they found some Christians were involved in that movement too. So that brings up all the fears of threatening their power structure,” Jay said.

It is possible regulations that have required churches to take down their crosses have tightened in an effort for the government to regain more power for the Communist Party, he said. Buddhist and Muslim temples, on the other hand, are not growing at the rate Christianity has, and therefore aren’t as visible.

Because many of the worshipers at Jay’s house church are new believers, he said they are not as aware of the past or have much fear of future persecution.

“They don’t have much understanding of what happened in the past with Christians and persecution,” he said. “We don’t want to scare them … but on the other hand we want them to be wise. So we try to little by little educate them, especially the leaders, on the background so they have a little more understanding. But we also want them to not be afraid to share their faith.”