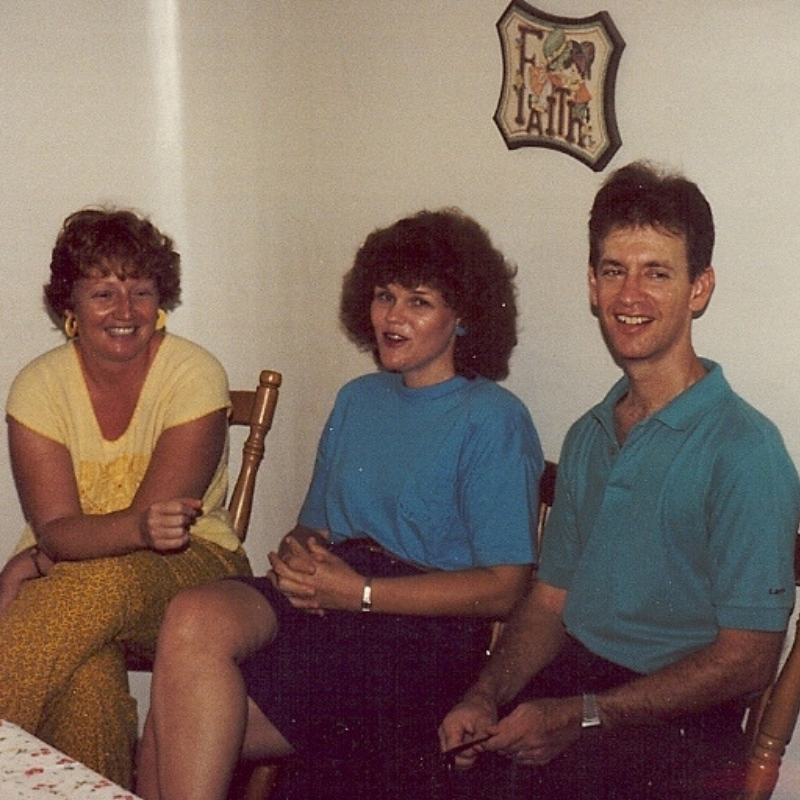 As a person judges seasons of life, it might be said by some that it was a shame Dana did not make it to retirement, because after all the years of ministry effort, she should have been able to enjoy some rest on this earth for her and Larry to do some “fun” things. There are a few problems with this.

First, Dana believed what she was doing all these years was fun. Secondly, she was never going to stop doing what she had been doing for so many years of active ministry. Then is the fact that she was able to do what she loved until the very end, and rather than cease her earthly ministry by her choice, she went directly from that ministry to the presence of Jesus.

Some might think that her retirement will be in heaven, but there is no retirement in heaven. Dana did not wait to retire in heaven because that is not what heaven is all about. I believe Dana just kept on doing what she has always done so naturally… evangelize. Now, she is not in heaven to make converts but the actual definition of evangelizing is to tell the good news of what God has done. She is doing that right now to everyone she meets in heaven.

The first time Corinne and I met Larry and Dana we had just finished language school in Brazil and were moving to our first assignment in Sao Luis–the city where Larry and Dana were working. The field wanted us to move into a house that was not the best house for a new family of missionaries. Dana spoke up. She told us that we did not have to live in the house just because the field said we should and told the field the same thing.

We ended up living very close to the Stuckys. Our children played together in Brazil and were great friends until God took them from Brazil to Albania. Our oldest son was very upset that God took away his best friend. However, Larry and Dana were following God’s leading. In fact, a few years later, we followed their example and moved from Brazil to Mozambique. We kept in contact with them over the years, and a few years after we became the Americas Ministries Directors, Larry and Dana moved back to the US. Once again, we became colleagues working together on the same field in North America.

During that time, we had many conversations about the diaspora ministry and worked together on a few conferences. As we planned these events, I observed that there were so many ideas running through Dana’s mind at any one time that it was hard to follow her when she started sharing those ideas. They all seemed to get a little jumbled together at times, not from a lack of passion, but because of her passion that saw how much there was to be done and said.

In the last month, we were able to schedule a call with Larry and Dana on the computer. We knew Dana was struggling with pain and discomfort, but she patiently sat there to talk with us for a good long time. Because of her discomfort, she was willing to let Larry do some of the talking…a little that is. She still had so much to tell us even through her pain. That was a precious gift for us to spend that time with her.

Many observe that in remembering the lives of those who have gone before us we tend to focus on the positive things that person has done and minimize the negative things as if that person did not do any of those other things. Perhaps. Dana had her faults and could sometimes frustrate you as you tried to understand what she was trying to say. On the other hand, it is not to ignore those other things but rather to emphasize the good things that she did over and over throughout her life.

There are so many good things to remember about Dana. She was a good wife, mother, and friend (to mention a few). Chief among them is that she was a passionate follower of Jesus who lived to honor him in all that she did. The voice that was silenced in the last few hours of her life was released as she entered into the presence of her Savior, Jesus, and I can imagine that her smile grew as her voice opened up with a crescendo of praise in his presence. I would have liked to have watched that scene unfold, but we will have to be content to imagine that moment and continue our work on this earth living in the memory of this wonderful servant of our heavenly Father.