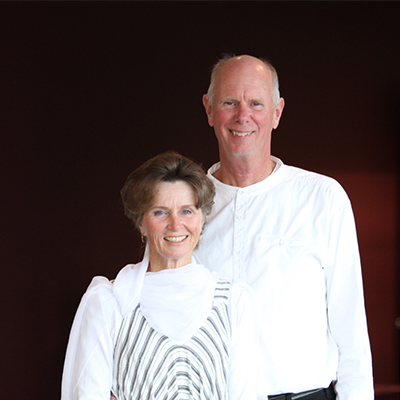 Glenn and Kathy Kendall: Why Mission Work Continues After Retirement

It’s no secret that cushy retirements remain foreign concepts to missionaries, who simply refuse to stop laboring for the Lord. Glenn and Kathy Kendall are two such people.

Upon retirement after more than 40 years of serving with WorldVenture, the Kendalls have found deeply satisfying rest by continuing serving God in Africa.

“It’s a dark place spiritually with a hot climate,” said the Kendalls. “The infrastructure of the area is minimal.”

Despite these realities in Guinea, Africa has been home to the Kendalls for many years. They served in Rwanda and Uganda, and traveled the whole continent as International Ministry Directors for 19 years. After all this time, they couldn’t say no to living in Africa once again.

“We felt God had given us gifts that we could still use there,” said the Kendalls.

Glenn and Kathy contemplated settling down in several locations in Africa, but eventually decided on Kankan, Guinea. Islam and spirit worship have strong footholds there. Few missionaries choose to go to Guinea. In addition, they live near their son Nathan and his family, who serve as WorldVenture missionaries in Kankan. With this connection, Glenn and Kathy already had inroads to the Kankan community.

The Kendalls have been helping Nathan and Becky in their vision to see the transformation of Upper Guinea through training university students and forming relationships with Guineans. Although neither Glenn nor Kathy know the local Maninka, they say the people are open and willing to get to know them through French.

Looking back on their many years of service with WorldVenture, the Kendalls have seen so much of God’s glory. From helping to start 300 churches and giving 14,000 children access to education in Rwanda, to sending out 200 long-term missionaries when Glenn worked in Mobilization, Kendalls have witnessed God’s amazing work around the world.

“Somehow, He chose us as His servants,” said the Kendalls. “It’s a real marvel what God chooses to do. We’ve had the privilege to see that, and it’s rather humbling.”

With the Ebola outbreak Kendalls left Guinea. They don’t know when they will return, but they do know one thing: retirement means enjoying working for God’s purposes in new ways.