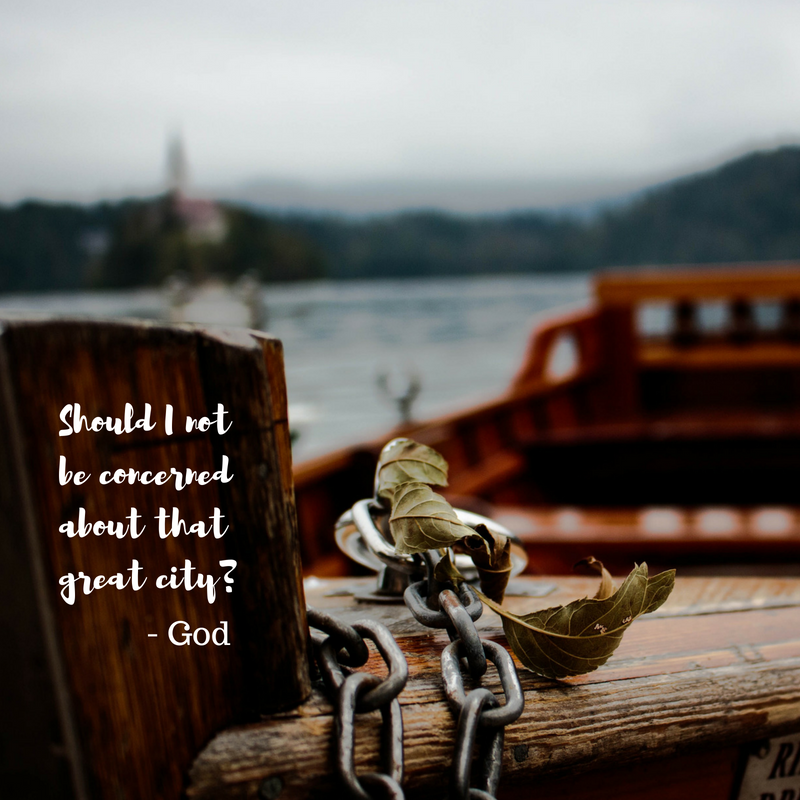 Insights From the Worst Missionary Ever

Whether you grew up in the church or not, you’ve heard the story of Jonah. God calls this prophet to arise and go proclaim divine judgment on the people of Nineveh. Jonah arises alright! But, demonstrating a remarkable misunderstanding of omnipresence, Jonah purposes instead to “flee from the presence of the Lord!” However, Jonah’s little cruise in the opposite direction gets interrupted by the storm of the century.

Evidently, his travel agent didn’t know what Jonah himself told the terrified sailors: “I fear the LORD…who made the sea!” One might fault Jonah for not taking a donkey, but then, it probably wouldn’t have mattered. This God also made “the dry land.” You know how the story continues. Big storm, big fish. And Jonah comes out looking like a cross between Snow White and a Shar Pei. Perhaps his appearance was a key factor in the response of the Ninevites. One look at Jonah and they begged for mercy!

The whole book of Jonah is a series of contrasts between God and His prophet. For example, “the LORD, the God of heaven,” as Jonah describes Him, talks about the evil of the Ninevites ascending right up before Him. That prompts God to send in His reluctant missionary. Jonah, on the other hand, uses the same word for “evil” to describe his opinion of what God does in extending forgiveness to those same Ninevites. After all, they were the top-ranked terrorists of the day! Jonah, like the sons of Zebedee in Jesus’ time, would have preferred to see a bit of fire from heaven.

One marvels at God’s resolve in His calling of this very unwilling messenger. It pushes us forward to Matthew 9 and Luke 10 where the biblical writers select the word “ekballo” for God’s action of sending. The word in its most common use is incredibly strong…it is used in the context of casting out demons! God will do whatever it takes to drive workers into His harvest. In the case of Jonah, a typhoon-like storm and a fish big enough to swallow a man come into play. But the intensity of God’s passion to reach the unreached is not fully revealed until the final chapter of the book. The story should be over. The Ninevites have been reached. Repentance is complete. For all practical purposes, it is mission accomplished. And yet, God is not done. His missionary does not share His heart for the lost. And so, true to His character, the God of infinite patience goes to work.

Do you remember how it ends? Although he should know better by now, Jonah sits down and waits for God to reverse His decision. God provides an object lesson with a plant, which elicits a full range of emotion from Jonah—from very happy to angry enough to die when the plant withers. And then, in the last two verses, God puts it all together. Playing off of the word “concerned,” God contrasts Jonah’s attitude with His own. “You have been concerned about this vine…Should I not be concerned about that great city?”

The New English Translation suggests a three-fold range of meaning for this word concerned.

The next two meanings reveal God’s heart for the unreached people of this world.

What a message for those of us who follow the person and cause of Jesus Christ. So many of us are tempted to throw our concern in life at our stuff rather than at the billions of unreached peoples in our world. And yet, when we consider the fact that one unreached person dies every two seconds apart from hearing the message of the gospel, should we not bear the heart of God for them? When we see the plight of oppressed and helpless people in our world, should we not be burdened even as our God is burdened?

God’s words to Jonah are gripping for us today. Should we not be troubled? Should we not look with compassion on our broken world? Should we not take pity and DO SOMETHING to spare people?! And our first course of action is what Jesus called for in Matthew 9:37-38—“Pray earnestly to the Lord of the harvest to send out laborers into his harvest.” Only then will the heart of God be matched by our own.