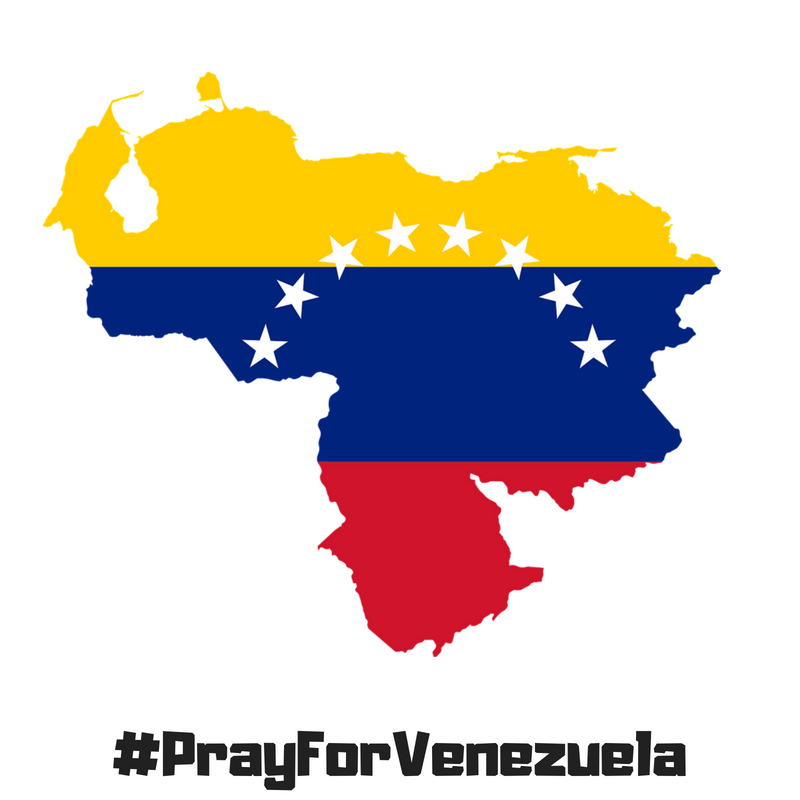 How God Loves the Venezuelan People

Recently, Venezuela made headlines again—headlines such as, “Venezuela devalues currency and raises minimum wage by 3,000% (The Guardian, August 20, 2018),” and headlines that stretch as far back as March, 2018 from The Washington Post called, “The Crisis Next Door.” Even as IMB workers say, “If you stay, you die,” and our workers and ministry partners experience hardship, God loves the Venezuelan people.

“Jesus’ willingness to suffer and die stands in marked contrast to the widespread expectation of a coming Messiah who would slay His enemies. The fact that He did not attempt to overthrow the Roman occupiers and reclaim Israel’s throne may explain in part why He was widely rejected by Jewish authorities. They wished for Him to pursue violent, military goals whereas He came instead to usher in the merciful, forgiving rule of God. As for Jesus’ fulfillment of the Bible’s messianic expectations, it must not be missed that He came first to suffer and die on behalf of sinners (as predicted in Is 52:13-53:12), but will come again as conquering King (2Th 1:7-10).” (Christianity Today, A Closer Look at Messianic Expectations)

With no vaccines, common maladies such as Typhoid and Malaria are returning. The situation feels hopeless, and it gets worse. The IMB addresses the spiritual problem in that country, “’Psalm 126 is a reality for us,’ said a Venezuelan church planter. ‘There is incredible materialism, actual idol worship, spiritism, and witchcraft taking place by government officials.’”

One of our workers recounted their experience while on home assignment in the United States,

“People were questioning whether we should go back (to Caracas).” He continued, “We are here to save souls. We are here to share how God loves the Venezuelan people.” Our worker is a church planter. The first church he helped plant has been on its own for 17 years and is going strong. Their second church plant finally purchased a store front space where their congregation can now meet. Because the United States dollar is very strong, it is a strategic time to invest in ministry in Venezuela. Our worker has hired local help to renovate their new church space. Hiring local brings employment, renewal and purpose in an area experiencing unemployment and a deeply felt hopelessness. Our workers feel no doubt about returning to a country they love.

Even as Venezuelans leave to find employment in cities such as Miami or countries such as Spain, our worker says the Venezuelan people find hope in Christ within their fellowship and the church is growing. When the Bible is read, we read about suffering, but seldom experience suffering in America like Venezuela. Restaurants in America serve more than one person can eat. Much food goes to waste. Our store shelves are lined with options. One of our workers said, “It’s culture shock coming home.”

In Venezuela, you have powdered milk. In America, you have gallons of milk, almond milk, and lactose-free milk. A worker said she often looked for recipes online, adapting them to whatever food was available. “We live with the same challenges as the Venezuelans.”

Another worker said, “We are in the middle of a VBS we are doing in a small town without much internet.  Even though we have had to fight to find the food and supplies, we find that God has provided daily for this event.  Today the power went out and getting a generator proved impossible.  Hopefully the chicken we bought will stay good. Had to bring water out of an underground tank to flush the toilets.  Typical missionary stuff. Went to the drugstore and supermarket after we got back and the shelves were bare.”

The IMB article further states, “Many Venezuelans choose life over home by literally walking away from all they’ve ever known and loved. Conservative estimates report that more than one million Venezuelans have left the country in the past two years, with three thousand a day seeking refuge in Venezuela’s neighboring country, Colombia. In 2017, they were also the top asylum seekers in the US.”

One of our WorldVenture directors had this to say,

“One other consequence of the exodus is that some countries are beginning to feel deep resentment for the Venezuelans taking their resources and have started to attack them in some cities on the border with Brazil and Colombia. It is becoming an increasingly volatile and dangerous situation in some of these areas. Goods and services (such as medical care) are being stretched beyond their limits in these border towns.” He points to an article from Reuters to highlight the compassion from some Brazilians, sharing this quote from the article:

“The city of Boa Vista, capital of the Brazilian border state of Roraima, has received 35,000 Venezuelan immigrants in the past two years, swelling its population by more than 10 percent. Today, some 3,000 are homeless, according to the mayor’s office. Near the city bus terminal, Venezuelans sleep on grassy highway medians and in shopping areas. Some are lucky enough to spend the night in tents handed out by refugee agencies. Others hang hammocks outside car body shops and auto-parts distributors whose Brazilian owners allow them to spend the night under a covered area, as long as they are gone in the morning. This generosity by local shop owners contrasts with an outbreak of xenophobic attacks on Aug. 18 against Venezuelan immigrants at the border town of Pacaraima, ignited after a Brazilian was allegedly robbed and stabbed by Venezuelans in his home. ‘Some Brazilians treat us badly, but not all of them,’ said Anyi Gomez, a pregnant 19-year-old who came to Brazil with her mother and survives by using a squeegee to clean car windshields for change at traffic lights.” (Reuters, Venezuelan Immigrants Survive on the Streets of Brazil; Nacho Doce)

Would you take a moment to pray for our workers, the IMB, and other people and organizations who are sharing the hope of Christ with Venezuela?