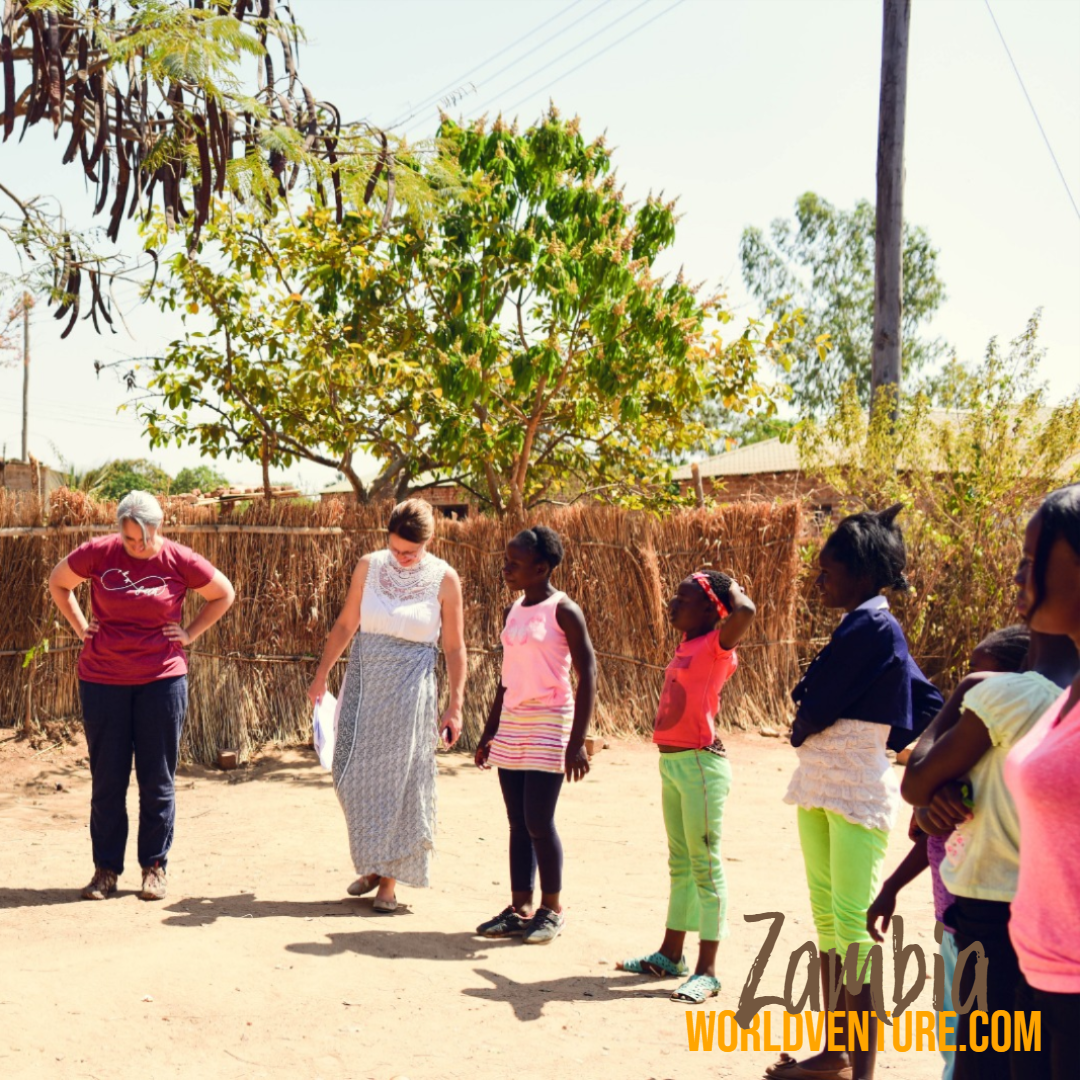 How The WhistleBlower Motivated Adrienne Livingston

The Whistleblower (2010) was inspired by true events. A Nebraska cop in the late 1990s became a United Nations Peacekeeper in Bosnia only to witness sex trafficking by the very officers and organizations pledged to keep the peace in the aftermath of the Balkans war. This movie helped motivate Adrienne Livingston to find her calling as director of Anti-Sex Trafficking Initiatives with WorldVenture.

“It’s a God-thing.” She said. After working at a non-profit and graduating with a Master of Arts in Intercultural Studies from Western Seminary, she felt burned out. “I was the executive director for 9 of the 14 years, working at a non-profit in Portland. Although I loved the work I was able to do there to impact our community, it wasn’t my heart’s passion. I graduated seminary in 2010. I was ready to do something international, ministry-related and nothing was happening. It was the end of 2012-ish, and I said, ‘God, I’m done. Give me something else. I’m spent. I don’t know what to do.’ And He just dropped into my spirit, like a text message, trafficking.” When God answered her prayer with a direction, Adrienne was reminded of The Whistleblower.

Ed Vulliamy with The Guardian reported in January, 2015:

“…The Whistleblower is ‘a day at the beach compared to what happened in real life’, says its director, Larysa Kondracki. ‘We show what is just about permissible to show. We couldn’t possibly include the three-week desensitization period when they burn the girls in particular places. We couldn’t really capture the hopelessness of life these women are subjected to.’”

The movie made Adrienne angry. How could those that were responsible escape prosecution? She began researching human trafficking. When she read about human trafficking in her hometown of Portland, Oregon, she said, “Wow. It’s happening in Portland and this is our context.”

In her research, Adrienne discovered many good organizations involved in this area of ministry—none of which she felt called to serve as the opportunities offered didn’t go deep enough. Adrienne wanted to do more than just volunteer at events or help to fundraise. However, she acknowledged that both are necessary.

The International Labour Organization states that in 2014  Human Trafficking was a $150 billion-a-year industry, of which sex trafficking compromised $99 billion.  This includes runaway girls and boys, children from the foster care system, girls looking for love and women with 29% of those trafficked being men. Sex trafficking is a form of human trafficking.

“Trafficking involves transporting someone into a situation of exploitation. This can include forced labor, marriage, prostitution, and organ removal. This kind of exploitation is known by a few different names – ‘human trafficking,’ ‘trafficking of persons,’ and ‘modern slavery’ are the ones accepted by the US Department of State,” reports the research of DoSomething.org.

The FBI says, “Over the past decade, the FBI’s human trafficking investigations have been responsible for the arrest of more than 2,000 traffickers and the recovery of numerous victims.” Hope comes in the form of people who want to do something.

“I just want to help people get engaged, and I have no idea what that’s going to be. All I know is this is what I want to do!” said Adrienne at that point in her life. A friend with WorldVenture introduced her to Marty Shaw, Vice President of International Ministries. Adrienne flew out to meet with Marty to discuss WorldVenture’s role in fighting human trafficking. With so many great local, national and international organizations already out there, Adrienne didn’t want to start something new; she wanted to educate people on the issue of sex trafficking and help them get engaged. In a conversation with Marty and five other WorldVenture staff about what WorldVenture was interested in, Marty mentioned that they wanted to help churches become engaged in the movement to stop human and sex trafficking.

“Wow! Lord, you just gave me a platform!” Adrienne thought as she heard Marty’s comment. The missing piece of her vision fell into place. The next morning, an email from Marty indicated she was the one for the job. “There was no job description. All that, and the Director of Sex Trafficking [title] came later when I had to actually write the grant to create the plan and write a job description.”

Through Adrienne’s work at WorldVenture, churches are becoming more aware of their need to engage in the problem of human trafficking. This led to a new curriculum called, Girl Empowerment. Recently, Girl Empowerment was taught in Zambia, Africa.

WT documented Adrienne’s work. “A young girl held this magazine cutout of a model. Michele and Adrienne taught about how often in magazines, tv, and ads they say women need to be and look one way. But how scripturally that isn’t who God wants us to be.” Adrienne also teaches self-defense, boundaries, and prevention to women and girls as part of the Girl Empowerment.

“We need to also look at ending the demand,” Adrienne said of sex trafficking. “Our culture is a huge contributor to the demand as far as being highly sexualized. Pornography is a huge issue. If we are going to address this, we can’t look at this as one issue alone. It’s not just sex trafficking; it’s anything that is tied to it. It’s multi-faceted. Therefore, we need to look at those areas that contribute to it.”

In addressing men, their reactions to the statistics and information she presents on sex trafficking often shock them.

According to Covenant Eyes,

They didn’t know that pornography contributed to the demand for sex trafficking.   Some men take more convincing. “Even watching videos of a woman who seemingly is choosing to be in pornographic videos, you actually don’t know if she is being raped, or forced to act in the video.  Through sex trafficking, individuals perform commercial sex through the use of force, fraud, or coercion.  Victims have to act otherwise there is a real threat of violence.”   Adrienne said that making the connection between pornography and sex trafficking is important.

“I’ve even heard stories of how women are ‘self-selecting’ to be in the pornography industry. There’s a testimony of a woman who had signed some paperwork saying the things that she wouldn’t do, but then when the videographer says, ‘but you will do this…’ and she says no. The videographer says, ‘I’m going to blackball you from all the others.’ They didn’t want to lose the money so they did it by force. Whereas others it was literally forced upon them. They were raped, even those self-selected to be there.” When a person pays to watch pornography, they are funding sex trafficking, not just destroying their marriage, themselves, and reputations. They are providing a need in a different economy rather than ending the demand for it. But, there’s hope as more churches and people become educated.

Adrienne shared a story of a teenage Caucasian girl who four years ago took a class that Adrienne taught at her church, Biblical Response to Sex Trafficking. Adrienne invited the class to do the privilege walk.  This showed the young girl where she had privilege and access that others did not. At some point, she also saw where those trafficked didn’t have access. This deeply affected the teenager who is now 19 years old.  This compelled her to do short term mission trips where she was able to do ministry work with girls being trafficked and the World Race. Adrienne also shared about a couple (Brian and Melissa Leak) in her first Biblical Response to Sex Trafficking Class.  They are now serving on her team as the European Liaison’s regarding this issue of sex trafficking and located in Vienna, Austria.  As Adrienne expands her team and the ministry, she is making plans to help equip and resource our missionaries to address this issue in their churches and communities.

Human and sex trafficking should be everyone’s concern. Powerful allies in the industry hidden beneath layers of bureaucracy were illustrated in The Whistleblower movie. Even to this day, real-life whistleblower, Kathryn Bolkovac can’t get a job at any humanitarian organization or be a policewoman. She works at an auctioneering company, struggling with periodic bursts of anger over the injustice. Thanks to her courage, she inspired others to take on the task of ending human and sex trafficking.