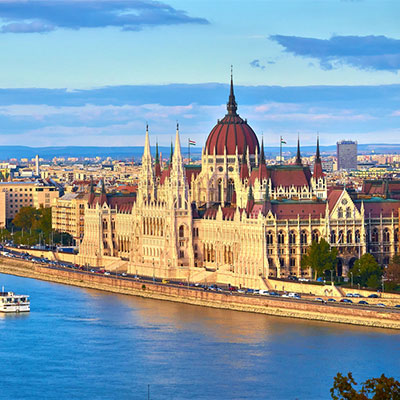 Is Hungary on the Brink of Christian Revival?

When Geza, the Grand Prince of the Hungarians, began ruling Hungary in 972 A.D., he quickly gained a reputation as a cruel leader. But something changed when he decided to make peace with the Holy Roman Empire: he accepted Christianity and welcomed missionaries from the West into his land.

According to one historian:

“He laid down a rule that the favor of hospitality and security be shown to all Christians wishing to enter to his domains. He gave clerics and monks leave to enter his presence; he offered them a willing hearing, and delighted them in the germination of the seed of true faith sown in the garden of his heart.”

And yet, Geza didn’t fully relinquish the pagan practices of his past, continuing to sacrifice to both the Christian God and his previous gods.

In a sense, modern Hungary is replicating what Geza established more than 1000 years ago. Crawling back from the Communist era, the country is taking steps to re-institute its Christian heritage. Take, for example, Hungary’s recent constitution changes. Not only does it read, “God bless the Hungarians,” but it also takes the stance that marriage is between one man and one woman, affirms life at conception, and condemns eugenics. In addition, Prime Minister Viktor Orban has installed religious education in all public schools, and gave larger families a break in the tax code.

With these Christian values playing a dominant role in the public sphere, some wonder whether Hungary is experiencing a Christian awakening. And yet, Hungarians are simultaneously holding onto the secularism that’s typical of Europe, and even some are expressing interest in neopaganism. With such dissonant and conflicting values, how do Western missionaries help Hungarians accept salvation through Jesus?

It Starts with Language

Kedves elég a felszínen , de ők nem lesz a barátom, csak mert veszel a alma. Using Google Translate, that’s Hungarian for “They’re nice enough on the surface, but they’re not going to be your friend just because you’re buying their apples.”

WorldVenture missionaries Keith and Beverly Sellers told me this as they illustrated how Hungarians are not interested in superficiality, especially from foreigners. Arriving in Budapest in 2000, the Sellers proved the depth of their commitment to the country by learning Hungarian, one of the hardest languages for English speakers to learn. They spent three years of intense language learning, and continued to dedicate themselves to additional tutoring afterwards.

Was it worth the hard work? Absolutely, they say. Without it, the Sellers would never have reached beyond cultural politeness to deep relationship.

“Hungarians brag, ‘It’s a heavenly language—it takes an eternity to learn,’” said the Sellers. “You’ll never know if [Hungarians] like you or like what you’re doing until you learn their heart language.”

Over the course of multiple years, the Sellers have directly aided the growth and strengthening of six churches, while also having indirect involvement in countless others. Because of his mastery of the language, Keith preaches in many different types of churches, from traditional to modern, urban to rural. The couple serves in several other capacities, including teaching English to Hungarians, as well as running youth sports outreaches. More than anything, one of the great needs they are dedicated to filling is strengthening the existing churches.

One church in Budapest, Faith Church, is one of Europe’s largest megachurches, boasting an attendance of 8,000 in Budapest and 70,000 around the country. Led by pastor Sandor Nemeth, the church started 36 years ago in an apartment, risking harassment from the Communist government at the time. The church now runs a seminary and teaches religion classes in public schools, as it is one of the state-registered churches.

“Faith Church is dynamic; it’s growing,” said the Sellers. But they worry Faith Church promotes a prosperity gospel, even as many people have encountered Jesus at this charismatic church. “Praise God that people have come to the Lord, but there’s a lot people who have been disappointed.”

Even with the influence of Faith Church and the prevalence of traditional Christian values in Hungary, the recent church law has caused some skepticism as to Christianity’s true influence in the country. The controversial church law of 2012 limited what the country defined as a church from 350 groups to only 14. Some saw this as a breach of religious freedom, as the faith organizations that lost their church status also lost tax breaks and other benefits. But, according to the Sellers, the law may have had more to do with finances and less to do with religious discrimination.

“This was not an anti-religious campaign,” the Sellers say. “It didn’t prohibit other groups from functioning; they just didn’t have the official title of church.”

The law didn’t affect how the Sellers are growing and strengthening the existing churches. When they are out evangelizing and meeting Hungarians, the biggest thing they’re noticing is a culture shift away from the organized church. Part of why movements in Hungary like Faith Church—as well as the Calvary Chapel movement—are so successful comes from a desire to move beyond a traditional, elitist mindset.

“There are pockets of spiritual awakening, but mostly it’s an underlying culture change,” they said.

What the Sellers are noticing is that many of the younger Hungarians especially are seeking for something beyond what their secular culture is giving them. “They know there’s got to be answers out there, and they’re more willing to talk to foreigners or people with new ideas than ever before,” they said.

The Sellers are using this new openness and interest to draw Hungarians to Christ. “The next step is to hopefully help people become spiritually aware, and then spiritually hungry…God is definitely working. God has not abandoned Hungary.”

Contrary to what the instant gratification mindset of America likes to see, church planting and evangelism in Hungary takes more time, more energy, and more effort. And the Sellers are seeing the fruit of patient labor in young people coming to Christ, in churches and people rediscovering the gospel, and in church leaders growing their gospel-centric churches.

In the meantime, the Sellers are continually learning from Hungarians. They’ve learned how to pray. They’ve also learned how to “story out” their faith, referring to how Hungarians favor narration above other forms of communication. In a culture heavily influenced by Eastern thought, stories—and stories about the life of Jesus—have the potential to greatly impact the minds and hearts of Hungarians.

The Sellers are praying that the flood of revival will come to Hungary, but until they finish breaking up the fallow ground to plant seeds of truth, they will continue deepening and starting Hungarians’ relationship with Jesus.

“The friendships that we’ve made with Hungarians are so deep, and they will be forever, and we’re really thankful for that.”