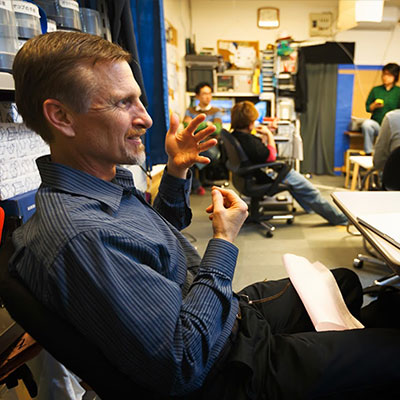 The (Un)Spoken Word of God

At a Bible study one evening in Japan, a Deaf man approached WorldVenture missionaries Mark and Mary Esther Penner with a perplexing question. He asked why John 3:16 said that Jesus was not destroyed, but everyone else was destroyed.

They were confused, so Araki signed the verse: “For God so loved the world that he gave his one person, that whoever stands in him shall not be destroyed but have eternal life.” He was having difficulty with the word “destroyed.” To him this scripture meant that Jesus was not destroyed, and therefore everyone else was.

“That’s what the Japanese Bible says to you?” Mark asked. “You need a sign language Bible that says what it really says.”

What many don’t realize is how separate Japanese Sign Language (JSL) is from Japanese itself. Someone in the Deaf culture who has never heard spoken Japanese approaches a Japanese Bible as if it were a second language. The Deaf do not fully comprehend the grammar or cultural meaning inherent in a text created for spoken language.

The Penners first began working with the Japanese Deaf community and learning JSL in 1979. In 1983, they came back to Japan to work as church planters, where they began to see misunderstandings cropping up about the Deaf community. They realized they needed to translate the Bible so the Deaf in Japan could have a Bible in their heart language. Since the Japanese Sign Language Bible project’s inception in 1993, 24 percent of the Bible has been translated and is projected to be complete by the year 2030.
“This is a phenomenal time to be doing this work, because now there is an app,” Mary Esther said. “And they have God’s word in their phone, in their back pocket.”

Even with newer technology making the Bible more accessible, creating the Bible translations is an arduous process. Still, the Penners have also seen people come to Christ through the project, while also sparking more translation projects in four other countries in Southeast Asia. They’ve often had non-Christians do the signing for the videos, and these non-Christians spend months in God’s word. As a result, a woman came to know Christ and is now the main translator and a project director.
“I love that,” Mary Esther said. “Because it’s not [us], it’s God’s Spirit using God’s word. You know then you’ve got people who are really serious about following Jesus because it’s not a human influence at all.”