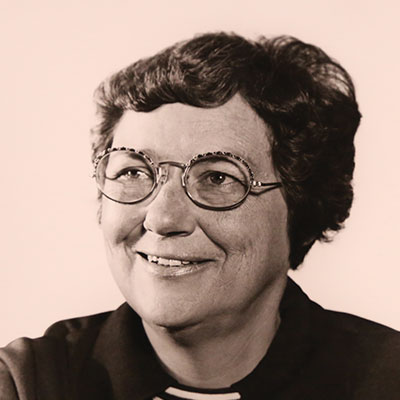 When Melba Means arrived in Cote d’Ivoire as a single missionary woman in 1958, she understood the culture would be different. What she didn’t know: she would be risking her life to protect and serve women stuck in an unfair system.

When the central government eventually changed these laws, Melba and her partners were there to protect girls from it still happening.

“We said to the girls, ‘We don’t have any idea about where we’re going from here, but if anybody tries to force you to marry somebody you are not wanting to marry, then tell us and we will pray about it and we will see what the next step is,” said Melba.

This was in 1967. A few weeks after the law changed, a girl from one of the villages came to Melba’s home and said she was being forced into marriage. Melba and a few other men from the dispensary went with the woman back to the village, but the villagers assured Melba that the forced marriage would not happen.

A few weeks later, Melba awoke to knocks on her door at 6 a.m. to find the woman, bruised and beaten, saying she was again being forced into the marriage. Melba drove through the tall elephant grass back to the village, only to find one drunk elder threatening to kill the girl. So Melba and the other missionaries took the girl and employed her, and she eventually married (voluntarily) a doctor at the mission hospital. Their marriage was the first Christian marriage Melba witnessed in Cote d’Ivoire.

In another instance, Melba was teaching a girl how to read and write under a tree by the creek where the Christians often met. The girl’s father was a fetisher who wielded significant power in the community, and he came down and asked Melba what she was doing. The girl told her father she would not marry the man he had selected for her, so the father said he would kill her, chasing her through the elephant grass. Melba and the other missionary grabbed the girl, shielding her from her father.

“If you touch her or do her any harm, we will call the police in Korhogo,” they told the girl’s father, as the Ivorians greatly feared the police at that time.

The standoff lasted hours, but the father eventually gave in and let his daughter leave with Melba.

These incidents are just a few examples of Melba’s dedication to helping women flourish in this environment. Incidentally, education—including literacy for those who couldn’t read—was one of the big ways she chose to accomplish this task. When the boys’ school closed for the planting season, Melba would teach the girls instead. These significant steps have planted the legacy of girls’ education in Cote d’Ivoire, which is currently championed by WorldVenture missionary Jane van den Berg, who now has 18 girls attending her school.