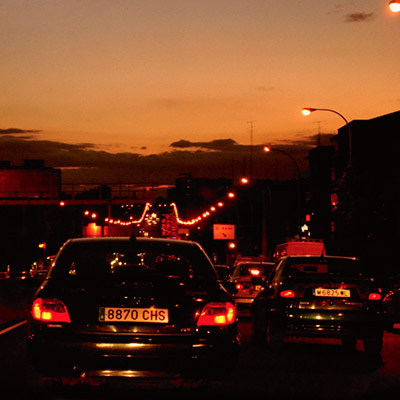 “I Thought I Might Not Make It Out Alive”

Jen’s* bags were packed for home assignment. It was the middle of the night and she had called a taxi to take her to the airport, ready to leave under less-than-ideal circumstances the Muslim country where she had been serving for eight and a half years.

“Take me to the airport,” she said to the taxi driver in a language she had learned in the country*. She asked the driver about the unrest in the city earlier that day, and he eased her mind, saying the riots had ceased for the night. However, the main road going to the airport was still blocked.

After a few moments of silence, Jen launched into her regular spiel:

“Do you know that the Quran says in Surah an-Nisah verse 136 that people should believe in all the holy books, including the Torah, Zabur (Psalms), and the Injeel (Gospels)?

“This verse also says that those who don’t believe these books have gone astray, away from God’s path. ”

“So according to this verse, to keep from going away from God’s path, people need to also believe the Torah, Zabur and Injeel. To believe them they need to read or hear them in order to know what to believe in . ”

“But some people think these books have been changed. However, the Quran says in Surah al-Anam verse 115 that no one can change God’s words.”

“God is all-powerful. He created the universe.”

“God is the protector. He is protecting you and me.”

Before Jen could continue on with her spiel, a car pulled up beside Jen’s taxi, and she saw the driver signaling the taxi to stop. The taxi driver did not stop. He told Jen to cover her face as he picked up speed and tried to lose the vehicle. “There are two cars following us,” said the taxi driver.

Jen lowered herself across the backseat and started praying, “Lord, if it’s your will, please protect us.”

Finally, after many tense minutes the driver said they were not being followed anymore, adding, “This was the first time I was afraid.”

Jen sat up. “Brother, why were you so fearful this time? I’m sure you’ve seen worse situations in the city before.

“You’re right,” the driver replied, “But that was the first time they had a weapon.”   He went on to say, “You were just talking about God protecting us.”

She answered, “Oh yes, and when they were following us, I was praying in Isa Masih’s name for God to protect us. Isa Masih said in the Injeel that whoever prays in His name, God will hear.” She went on to share about Isa Masih (Jesus Christ) and as they arrived at the airport, she gave him tracts and a card about the Bible Correspondence course in his language.

There were many points throughout the months leading up to Jen’s intense departure when the average American would have fled the dangerous city where she lived. But Jen wasn’t interested in leaving. She wanted to use the remaining months before her home assignment to continue training nationals to reach Muslims and to reach Muslims herself. Jen, who is half American and grew up overseas, went to medical school and completed her residency in the western United States. She’s fluent in two languages and conversational in three others. In other words, it wasn’t a lack of options or talent that kept Jen in the dangerous city when her situation became grim. It was a sense of calling and purpose to reach Muslims in this very unreached city and country, along with a mix of grit, bravery, and compassion.

“I was not fearful about extremists since the Lord gave me Joshua 1:9 as a promise years before, just before a vision trip to many countries. I lived it out as a miracle during that trip in the Muslim country I ended up serving in,” she says. (Joshua 1:9 says, “Be strong and courageous. Do not fear, do not be discouraged, for the Lord your God will be with you wherever you go.”)

Here are the facts leading up to Jen’s departure:

That year Jen lived out another promise God had given her just three months before the kidnapping from the hospital van:

Dramatic as her exit from the country was, Jen describes herself as thankful: she had been given the opportunity to share with the Muslim taxi-driver on the way to the airport. “It was such a joy to share and have this Muslim man live out a miracle—God’s perfect timing and His protection,” she says. “I felt very privileged but also unworthy of all that the Lord has done for me.”

God closed the door for Jen in that country but opened another door in an unexpected place. When she arrived in the US she noticed many Muslims in her city.  Now she lives in the western U.S., where she seeks out Muslims to share with and to befriend. She is seeking to mobilize and train other believers to reach Muslims, both in the U.S. and in a Latin country, while also serving Muslim refugees and volunteering as a doctor in a free clinic for Muslims.