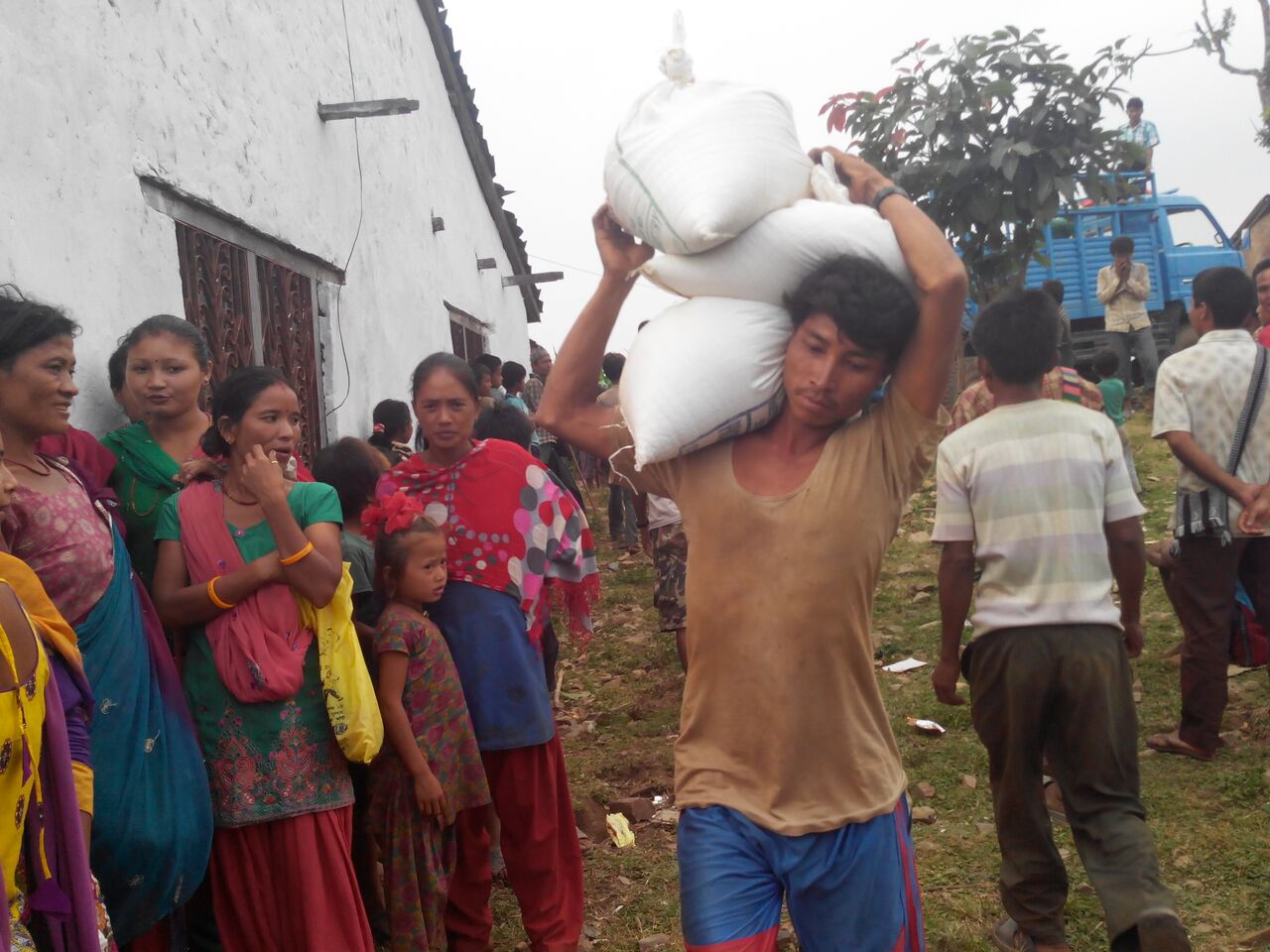 On April 21, Santosh and Mina Guiday returned to Nepal from their four years of study at the International Graduate School of Theology (IGSL). Santosh and Mina were both the first believers in their families, brought together in an arranged marriage orchestrated by their Hindu families. They have been married for 15 years, and have one teenage son who also graduated with them. Many factors excited them about their return to Nepal. Their church of 60 to 80 members had grown to approximately 200. Many family members from both sides had come to know Christ and started attending the church, and they couldn’t wait to start their work of training pastors and leaders.

The Guidays worshiped at their church four days after their return to Nepal—the same day the 7.8 earthquake hit. The quake was devastating for this community: the Guidays became homeless, as did many of their relatives.

And yet, Santosh was one of many IGSL alumni who helped distribute relief goods to the needy directly following the earthquake.

Santosh’s and Mina’s dream of training leaders in their home country is on hold while Nepal puts itself back together. One of WorldVenture’s partnering organizations estimates the earthquakes killed more than 8,000 people, and injured 20,000, while also destroying more than 300,000 homes. A WorldVenture worker* says approximately 700 Christians died and 600 churches were destroyed in the earthquakes.

So far, WorldVenture has raised more than $130,000 for Nepal. Now in the second stage of WorldVenture’s strategic plan (rehabilitation), this money is providing the Nepalese with temporary shelters and roofing material as they rebuild their homes—which is the people’s greatest need currently, according to WorldVenture personnel.

The second earthquake was particularly devastating for Pastor Ananda, one of WorldVenture’s partners in Nepal. It destroyed his district of Sindhupalchok, a place he’d given 10 years of service.

“I have seen the first-hand devastation of properties and people together which is painful to express and for many it is incomprehensible. But we know for sure God is after something big, great, and good in this country,” he said.

Ananda goes on to describe how this is the first time in the history of the Nepalese church that Christians have been “able to give their presence to every edge of the village affected with the love of Christ.”

Among the positive effects of this catastrophe: people are coming to faith.

“I can see real fruits coming out of this, people have accepted the Lord, believers have rededicated their lives to the Lord, and for the first time, many people have tried to understand the Bible in a deeper way,” said Ananda.

He mentioned how people in his village are gathering together under an absent roof, late at night, to read the Bible. Even more, Ananda sees great potential in how the relief efforts will greatly benefit the country as a whole.

“For the first time in Nepali history, the resources are directed in such a way that it will become one of the fastest-growing and developing countries within a few years, if it is done properly,” he said.

This is not the first time WorldVenture has aided during natural disasters. When typhoon Haiyan struck the Philippines, WorldVenture provided crisis relief as well as long-term rehabilitation and spiritual renewal opportunities. One positive result: 173 Filipinos were baptized a year after the disaster.

WorldVenture will soon be deploying international workers* to Nepal, who will be doing pharmacy and veterinary work. In addition, WorldVenture international workers are active among different seminaries and Bible colleges in Nepal and throughout Asia, coordinating church planting and leadership efforts in the country. They launched the Himalayan Graduate School of Theology in Kathmandu in 2008, where Ananda was a student.