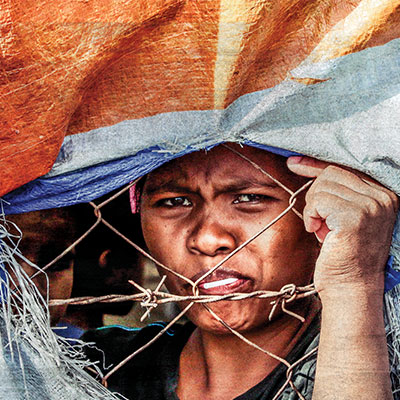 Missionaries in the Philippine Drug Conflict

The Philippines is in the midst of a brutal war on drugs sanctioned by President Rodrigo Duterte and has seen almost 3,000 killings in a matter of weeks at the hands of law enforcement, vigilante groups and civilians. The crackdown is impacting WorldVenture missionaries by involving them in drug rehabilitation programs, creating security threats, and increasing ministry opportunities among victims of human trafficking.

“There is some justification for the outcry in the international media regarding human rights violations, but [Duterte] is trying to be a voice for the thousands who are being killed and victimized at the hands of these drug lords and is standing up for their human rights,” said a long-time WorldVenture missionary.

Still, God continues to provide new opportunities for the message of Christ to spread and for local Christians to be encouraged by WorldVenture workers.

Along with the impact of the drug conflict comes a unique opportunity for WorldVenture workers to partner with the International Justice Mission and the Philippines’ government. The mayor of Mandaue City invited WorldVenture workers to personally attend a seminar with many government agencies on how to tackle the problem of rehabilitating more than 2,000 former drug users.

“Our church will be involved in helping to rehabilitate some of these drug users and pushers who have surrendered,” one WorldVenture worker said. “At this point, we don’t know exactly what that will look like, beyond determining how high of a risk an individual is.”

All those determined “moderate” cases will be handled by the churches, making this “a tremendous opportunity for us to have a significant impact on our immediate society.”

WorldVenture anticipates many Filipino pastors and churches will eventually be involved in this work.

Regarding security, a bomb exploded Sept. 2 on the island of Mindanao, where WorldVenture worker Sandy Eckelberry lives. The attack, carried out killed 14 people and injured 68. The attack was done by Abu Sayaf, a radical jihadist group, in possible retaliation against the Filipino government’s crackdown on extremist groups.

“This has created a little bit of fear and uncertainty among the common people that this type of thing will be happening more often,” Brent said.

Workers like WorldVenture missionary Kenda Jerome have also been ministering to women coming out of human trafficking. Many of these women leaving the trafficking industry were also involved in drugs and trying to support their families. Many of them have relatives who have been imprisoned or killed for drug-related crimes.

One woman in particular went to Manila looking for work. In the ensuing period, Duterte took over as president and began his crackdown on drugs. The police came to her house in Mandaue, looking for her because she has been a drug user in the past, and her live-in partner was a drug pusher. The woman’s neighbors told her not to return to Mandaue, although she desperately wants to, because they are afraid she will be killed or imprisoned.

Ramona Simons, a WorldVenture missionary for the past 43 years, has been working with Filipino youth.

“Each training we do is very youth focused,” she said. “We try to internalize and apply it as soon as possible.”

The group in Davao City, where the bombing occurred, is called “Go Team” and meets every Sunday for four hours. The group will have a prayer walk to the main Muslim mosques and schools in the city, while also sharing the gospel with Muslims in the community.

Ways to pray for The Philippines: