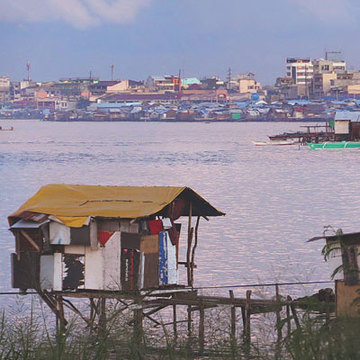 It’s difficult to peg down an exact number of Filipinos who have left to evangelize their neighbors and the world, but one sending agency said it has sent out more than 600 traditional missionaries alone. And the Philippine Missions Association (PMA), consisting of evangelical mission’s agencies and local churches, lists more than 100 partnering organizations based in the Philippines.

Sandy Eckelberry, a WorldVenture missionary who has served in the Philippines for approximately 25 years, attributes much of the growth to a spiritual revival and the locals embracing the Great Commission.

“The evangelical church has been growing stronger and stronger,” she said. “Within the last 10 years or so there is real growth in their embracing the full Great Commission … there’s also been a growing movement for Filipinos to reach out to their near neighbors.” [quote_right]“There’s been a strong movement to do training for Filipino believers that are working abroad, so that when they go, they are using those tent-making opportunities to be a witness for Christ.”[/quote_right]

Sandy teaches several adjunct classes at various missionary training centers in the Philippines. The training programs she teaches vary from six months to one year. She also mentors missionary candidates and their families and is involved in facilitating the Kairos Course, which trains overseas workers for missions and evangelism.

Over the years, approximately 3 million Filipino overseas workers—many who are Christians—have left the islands to pursue jobs as engineers, bankers, caregivers, and other occupations.

The large number of overseas workers is the reason why many organizations, including PMA, began discipleship programs to train workers to also be witnesses.

“There’s been a strong movement to do training for Filipino believers that are working abroad, so that when they go, they are using those tent-making opportunities to be a witness for Christ,” Sandy said.

According to a research paper by Dr. Reynaldo Taniajura, the growth of Filipino missionaries began in the early 1990s, although the country had been receiving missionaries for a few centuries prior to the boom. Reynaldo attributes a huge part of the growth in missions to the Kairos course, which began around that time.

Sandy also said there has been a strong growth and emphasis in ministry training in the Philippines because it is one of a few open countries in Southeast Asia.

Because it’s an open country, we have people coming from restricted access countries from others parts of Southeast Asia,” she said. “They come to the Philippines to go to seminary, and then they turn around and work among the least reached within their own countries,” she said.

In a country with eight major languages and more than 100 dialects, Sandy said the locals are blessed with great language abilities, making it easier for missionaries to learn new languages in countries where they serve.

Culturally, Filipinos are very hospitable and friendly, she said, which also is a plus when it comes to doing missions.

Many of these Filipino missionaries and overseas workers have gone to reach out to the unreached people groups within their own country and to restricted access countries.

“For me it’s exciting to see the growth of the evangelical church in the Philippines,” she said. “When I came in 1986, there were still a lot of Western church planters, and then eventually that shifted to the role of coaching. And now we’re seeing seminaries in the Philippines become trainers for others around Southeast Asia.”

Please consider praying or giving to the ministries in the Philippines, including the Conservative Baptist Association of the Philippines and the music ministry, 180 Degrees.