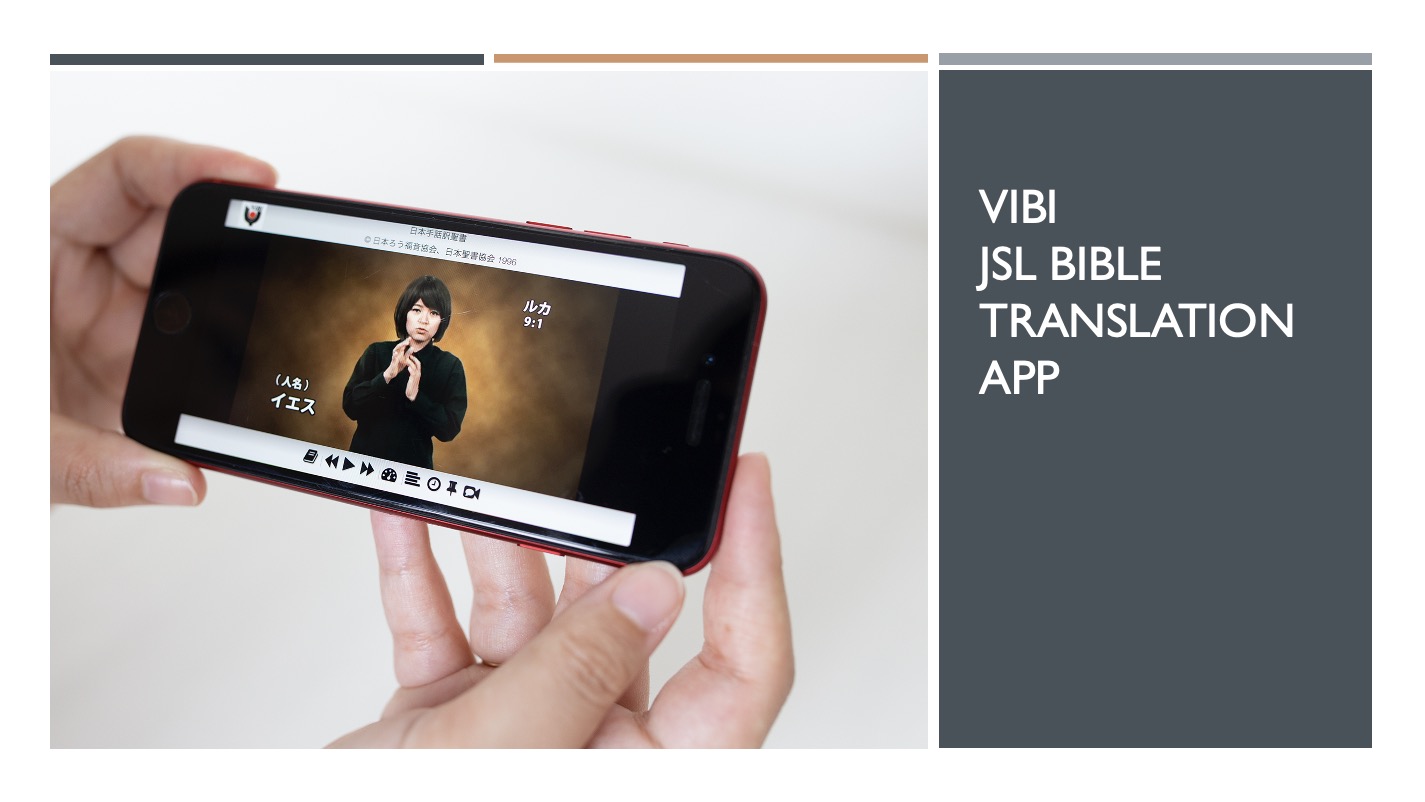 For some 300,000 Japanese Deaf people, Japanese is a foreign language. Unlike people who grow up hearing and acquiring Japanese naturally, Deaf people must study arduously to learn and fully comprehend the Japanese language. Their first language, their heart language that is naturally absorbed, is Japanese Sign Language (JSL). JSL is a visual language using not only hands but also facial features, space and directions. The differences between Japanese and JSL are greater than the differences between two spoken languages like English and Chinese.

For the Deaf community in Japan to be reached with God’s Word, the JSL Bible is a desperate need.

Since 1993, the JSL Bible translation project has been working to translate the Bible into Japanese Sign Language to meet this need. To date, 33% of the Bible has been translated into JSL. At the present rate of translation, it will take until 2041 for the work to be completed. That means decades before Deaf people in Japan have a complete and accessible copy of the Bible, decades before the community can be free to study, teach, meditate on, worship in, be encouraged by the Word of the Lord in a language with no barriers for them.

Increased funding will mean that the team can expand, the work can be done faster, the staff can be supported better, and the community will have a chance to see that the God of all creation does communicate with them in their own language. Supporting this project not only supports the translation of the Bible within Japan, but also the development of translation projects to advance the Gospel in many other places in the Asia Pacific region. The JSL Bible translation team has been instrumental in inspiring, working alongside, and establishing translation projects in 20 other Deaf communities.

Thank you for praying and giving to bring an end to Bible poverty among the Deaf in Japan and also throughout Asia.