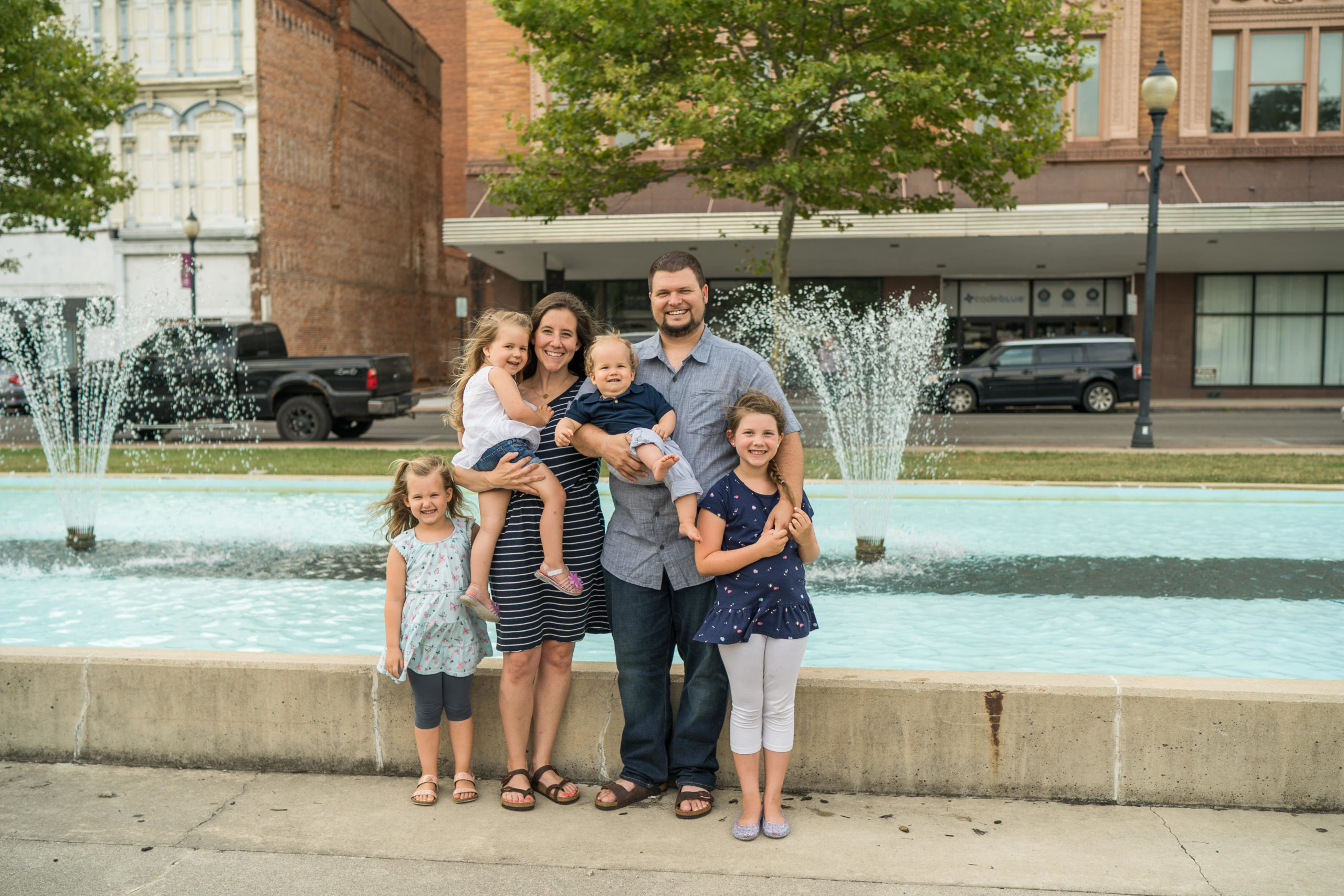 Challenges:
-Adjusting to the numerous cultures and languages that are represented in the community
-Creatively motivating and equipping the local French people to engage in Muslim ministry
-Confessing regularly our self-dependence, and need for God to move if anything is to happen

Pray:
-That God would provide a group of 10 people from France who wish to join us and be trained in reaching these communities
-That God would raise up potential Church Planters to be trained and to join the network of Churches
-That we would see a movement of God in the region that could lead to churches being planted in unreached parts of the world, where these people are coming from

About us:
Have you ever had those times when you’re reading the Bible and you insert yourself into the story for a moment? I was doing that a month ago with the book of Acts chapter 16, and I read it differently because I felt like I was living it to a certain extent. Paul said, the Spirit of Jesus prevented him from going to Asia, without any details of how he knew that. And then all of a sudden he is receiving the Macedonian call a few verses later with a man waving his hands and asking him to come help them. About 7 months ago, on February 11th, 2016, God turned our world upside down. We were supposed to be headed to a village of 7,000 Muslims to sign the contract on a house that we were going to move into to start learning the local language and consider staying there long term to reach this unreached people group. But at the same hour that I was supposed to be there, our 18-month-old daughter became gravely ill and suffered a seizure that left us in a tail-spin crying out to God to keep her alive over the next month.

And after 4 months in 5 hospitals in 3 different continents, God has decided to keep her alive but has made it impossible for us to be able to return to that village due to her ongoing health concerns, as she is suffering from chronic kidney failure. So on a recent trip, I took back to Ivory Coast, I stopped in France to consider a ministry opportunity in the event that we might not be able to go back to Africa. And while I was there, I asked a friend if he knew of any churches in the area of Strasbourg, France I could go to that met in the evening, because my plane got in on Sunday AM. And he said there was only one he knew of. So I went and it was an incredibly rich service, and I tried to get up to greet the pastor before leaving to thank and encourage him, but there was a line to get to him, and I was severely jet lagged. So I made my way towards the door, and as I was about to open it, the pastor came running up to me and asked me who I was. When I explained I was in the area considering new ministry options to be apart of a multiplication process to reach out to Muslim populations, he said, for 2 years we have been praying for someone to come help us reach the Muslim community in this City. I think you are an answer to our prayers!

So as you look at this, you can’t help but see God’s redirecting hand. And while I have no idea why he has chosen this path for us, I see that it is only this path that could have equipped us to reach North/West African Muslims with the Gospel in France by taking us through 2 years of language school in France, and then a period of 6 months to get acquainted with the realities and culture of Africa. But then only to bring us back to France to reach those very same peoples! It’s only a story he could have written and one in which he continues to pen! So it seems as if there has been a holy convergence that has taken place in Strasbourg, France, as God has placed me into contact with Pastor Arnaud Schrodi and his family to reach Strasbourg. As Paul said in Acts 17, “God has decided the people and places that they should live in order that they might reach out and find him”. And thanks to our own migration process and that of the global immigration crisis in France. God has sought fit to make these worlds collide in the city of Strasbourg, and he has given us the vision of reaching and teaching the unreached and the unchurched in the French-speaking world through a partnership with His church.

So what does that look like? Well, every Friday, the Muslim population finds its way to the 2nd largest mosque in France in the city of Strasbourg, where upwards of 30% of the population of the city is Muslim. From 1st-3rd generation migrants, recent refugees, and new students that are attending the largest university in the country, there is an enormous population of people coming from unreached parts of the world that in some cases, missionaries could never even gain access to. But with them coming to France, it creates an opportunity to reach them in an unprecedented way. As a result, we are going to seek to make as many on-ramps as possible into these communities by partnering with a local church that is working with a local ministry serving the international students coming in from other countries and helping them integrate into university life, and starting bible studies out of those who express an interest in learning more about Jesus. And secondly, we are going to develop and train a group of people to help reach out to the immigrants in the city by possibly creating a Welcome House/Friendship ministry that people could come to in order to find resources on a number of things: learning French, workout classes for Muslim women, seminars on cultural issues, tea time, and getting help for things like going to doctors appointments and understanding the city. In doing this, it will provide us a large platform to find out who is interested in Jesus, and help them find the right way to Him. Our role in this will be training and overseeing this process in partnership with the French Church for the purpose of planting a church(es) in these neighborhoods.

Then, the other part will be helping the French church as well, as there are only. 0.8% Evangelicals in France!! As a result, the Evangelical Church association has made a vision to start one church for every 10,000 residents. And in Strasbourg, there are over 275,000 people and only 15 Churches! That means there need to be at least 13 more churches planted for this city to have sufficient access to the gospel. Therefore, we are looking to start up a regional church planter training program, where Church Planters will come to us for 2 years, and we will help train them for 1 year, and then during their 2nd year they will begin to plant a church in the city, thus creating a network of churches that are collaborating to reach the City as a whole. This is a God-sized vision that leaves us a little overwhelmed at times and deeply dependent, but something that we find compelling to give ourselves away to, as we consider what God might have next for our family.