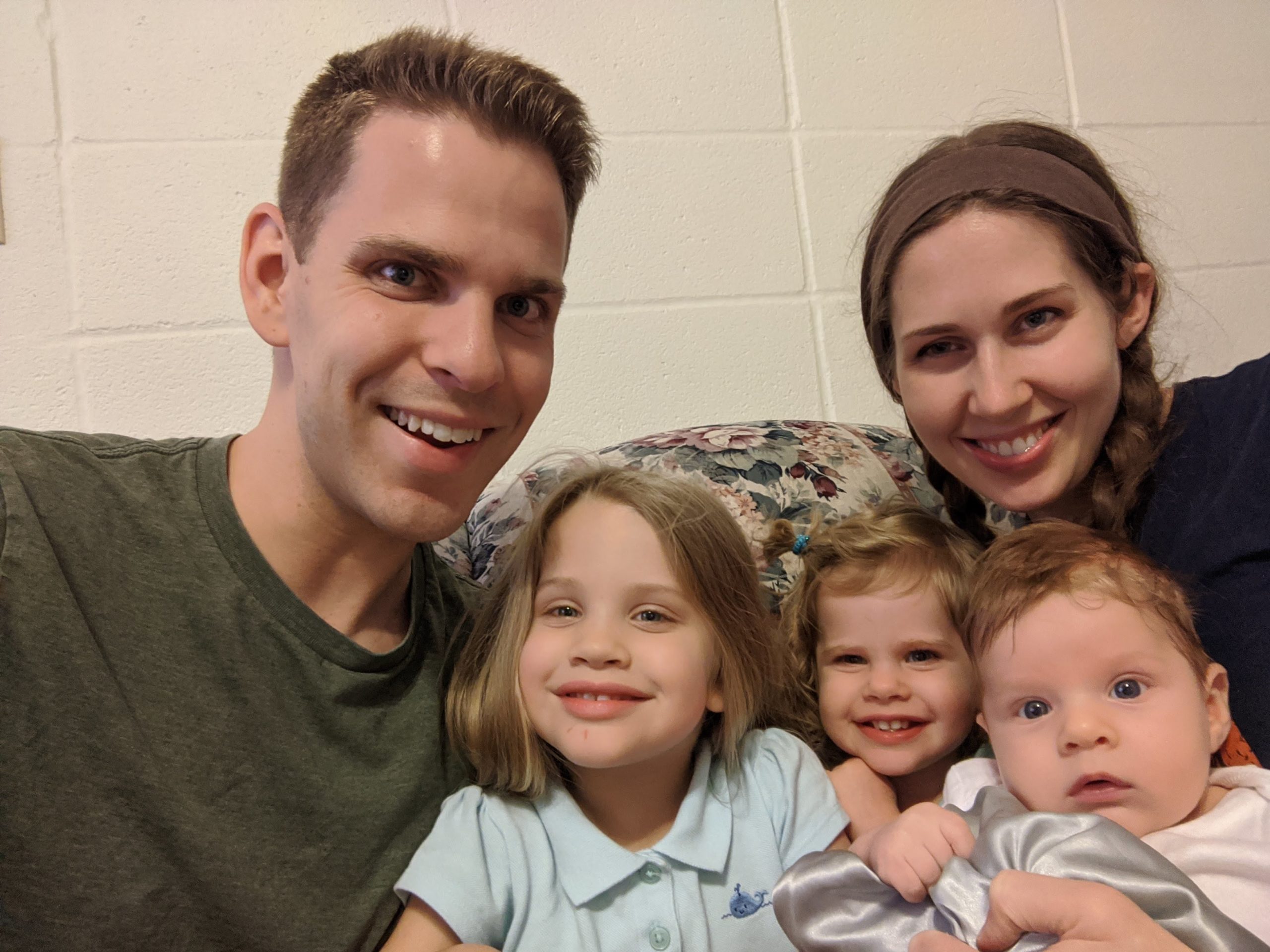 To make disciples of the youth of Loja, Ecuador, in partnership with the Ecuadorian church.

In 2014, David came across a request for help in Loja, Ecuador, with the youth. God began to make us sensitive to this need and burdened our hearts to pray about whether there was something He wanted us to do to help. God has confirmed His calling for us to “go” as He has continued to show us the vast need for the Gospel in a culture that shuns Evangelical Christianity.

We look back and see how God has been writing this story long before we realized it. Since 2005, David has been involved in short-term missions, evangelism, discipleship, and youth ministry in our local church. Over the years God has given David a growing passion to see young men become mature disciples of Christ who are equipped to make more disciples. In high school and college, God gave Kristen several short-term medical mission opportunities in Central and South America. These experiences made her sensitive to Latino people and motivated her to learn the Spanish language to better serve and reach them with the love of Jesus.

In December 2016, we were appointed with WorldVenture to help with the discipleship movement in Loja Province. We look forward to seeing how God will work in the youth of Loja Province who greatly need to hear the good news about Jesus.

Less than 1% of the people of Loja (lo-hah) Province are Evangelical Christians. The majority of the population is Roman Catholic, though animism often mixes into their religious beliefs. Fifty-eight percent of the population in Loja Province is under the age of 30 years old.

In Ecuador, Evangelical Christianity is discouraged, ridiculed, and even seen as a cult. Evangelicals typically are disowned by their families and looked down upon. In more rural areas, the local religious leaders have been known to threaten those who would participate in Evangelical activities. There is often fear with associating with the Evangelical church, making it difficult to reach people with the Gospel.

Along with the fact that Evangelical Christianity is shunned, there are additional barriers which make reaching the youth very difficult. Fifty-eight percent of the population in Loja Province is under the age of 30 years old. There are very few Christians serving this population, so there is a vast need for the Gospel to be preached among the youth. The fact that it is illegal for missionaries and pastors to share the Gospel in the high schools adds to this challenge. Drugs, alcohol, and prostitution are also huge issues in the culture which largely affect this age group.

Blogs and Articles on WorldVenture.com
– How to Rejoice in Challenging Circumstances