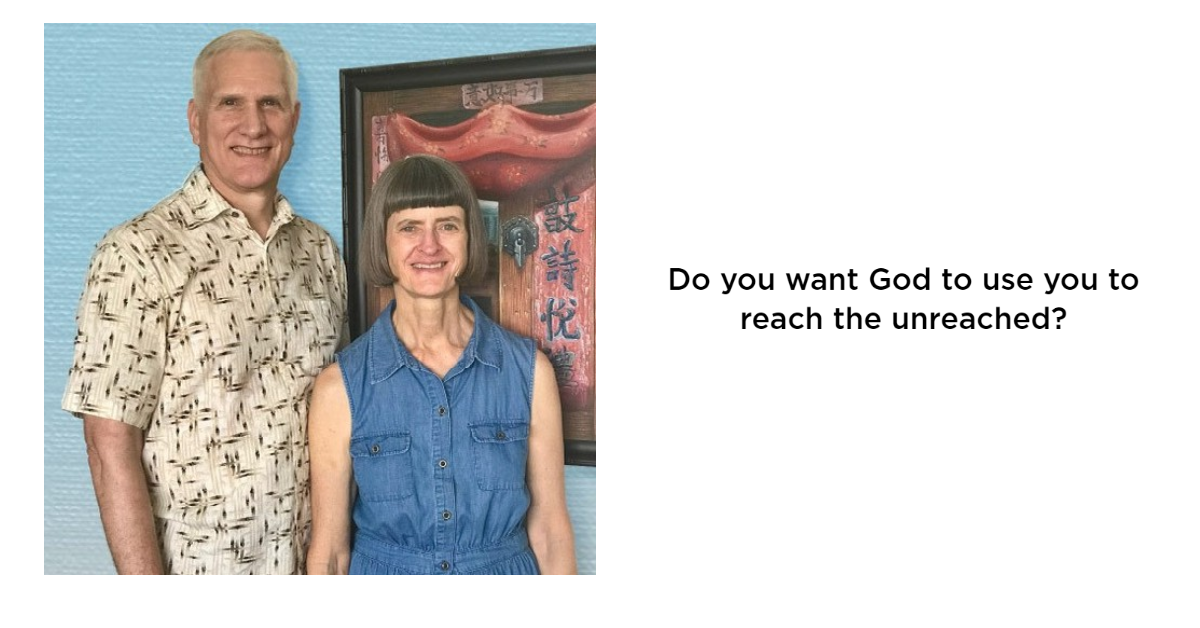 Dwight and Beckie retired as WorldVenture missionaries teaching at Morrison Academy in Taichung, Taiwan in 2019. Dwight is now serving as a WorldVenture volunteer mobilizer at Corban University. If you have an interest in having an impact overseas, including as a teacher, please connect with Dwight (johnsons_taiwan@worldventure.net).

Do you want God to use you to reach the unreached?

Our Taiwan Story:
Before Dwight left college, he made a commitment to missions at a Navigator Missions Conference. He began his teaching career in the Hillsboro School District in Oregon and taught at Hillsboro High School. Both he and Beckie worked in the youth ministry at Village Baptist Church during this time. He married Beckie in 1980 and they now have 5 adult children and 6 grandchildren. In 1986, they headed to Morrison Academy for a two-year assignment and returned as full-time WorldVenture missionaries in 1993.

WorldVenture is one of the sponsoring missions for Morrison Academy. The Morrison community includes families from about 30 different countries and serves students from both missionary and business families.

Over the years Beckie served as school nurse and helped many young mothers in the community. Dwight taught Computers, Math, Science, and Bible. His favorite class was a Bible class he created and taught for junior and senior guys called Men of Honor. Outside of school, Dwight also enjoyed facilitating for many years the weekly father/son breakfast.