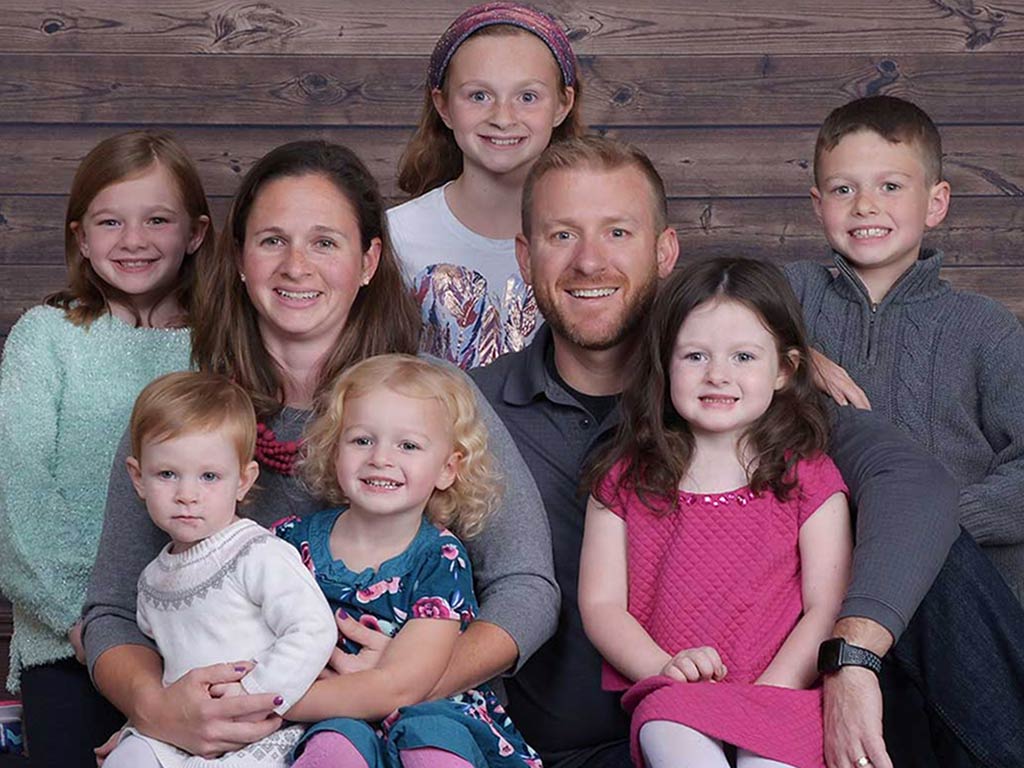 In 2007, I (Vicki) graduated from Rensselaer Polytechnic Institute majoring in Nuclear Engineering and Engineering physics, and worked in the nuclear power and space industries. Then in 2014, I stopped working to be a stay-at-home mom to our (then) 3 children. I have served at our church in the Sunday school programs and Awana TnT for the past 10 years. When time allows, I enjoy reading and am currently trying to convince myself to like coffee as much as Nick does. Last year, I started teaching upper level math courses for a homeschool co-op program, and this year we have decided to start homeschooling our own children in preparation for moving to the field.

Around the summer of 2018, it became clear the Lord was stirring our hearts for missions. Through a myriad of truly remarkable events (orchestrated beautifully by the Lord), Vicki and I began to pursue missions one step at a time. We attended “Perspectives on the World Christian Movement” and recognized our call to missions though without the full clarity on the who, what, when, where, and how. One question was perfectly clear though – the why – to make the name of Jesus known and to glorify Him among the nations!

We sought the leadership and guidance from our elders and through additional training, recognized we are called to missions in cross-cultural context with an unreached people group. Still many questions existed at that point. I (Nick) would find myself standing in front of the giant world map in our house praying, “Lord, the world is huge. Where in the world do you want us to go?” We considered many options including Spain, West Africa, and Papua New Guinea, but the Lord had another place in mind.

In the Summer of 2019, we were introduced to Myanmar and the prospect of using Community Health Evangelism (CHE) as our long-term missions strategy. With the joy of the Lord set before me (Nick), I was able to go to Thailand and Myanmar in October of 2019 to attend a CHE training in Chaing Mai, Thailand, and then travel to Myanmar to visit a Bible College in Yangon, Myanmar.

There is no question that this trip was orchestrated by the Lord! While I was there, I (Nick) met a wonderful missionary on a plane that introduced me to WorldVenture (now our missions sending group) – 8000 miles away from home (and he introduced us to a missions sending group just down the street from our home in Littleton)! Myanmar is a place full of diversity (56 million + people, 120+ languages and that many people groups) but desperately in need of Jesus. Primarily a Buddhist and Animistic society, their fears are paralyzing. Development is lacking. Poverty is everywhere. Their largest people group – the Bamar people – are largely unreached (less than 1% evangelical). Still, there is a city set on a hill – a Bible college – where over 30 different people groups are represented.

Our aim is to make disciples of the Bamar people using CHE. At the Bible college, we plan to teach the principles of CHE to the Bible College students so that they, in turn, can utilize this strategy among their own villages when they return home. How much greater will they be able to communicate the gospel in their own heart language with their own people than we! CHE is a missions strategy that leads to transformation in the community and is a wonderful analogy to the example of lives transformed by the gospel.