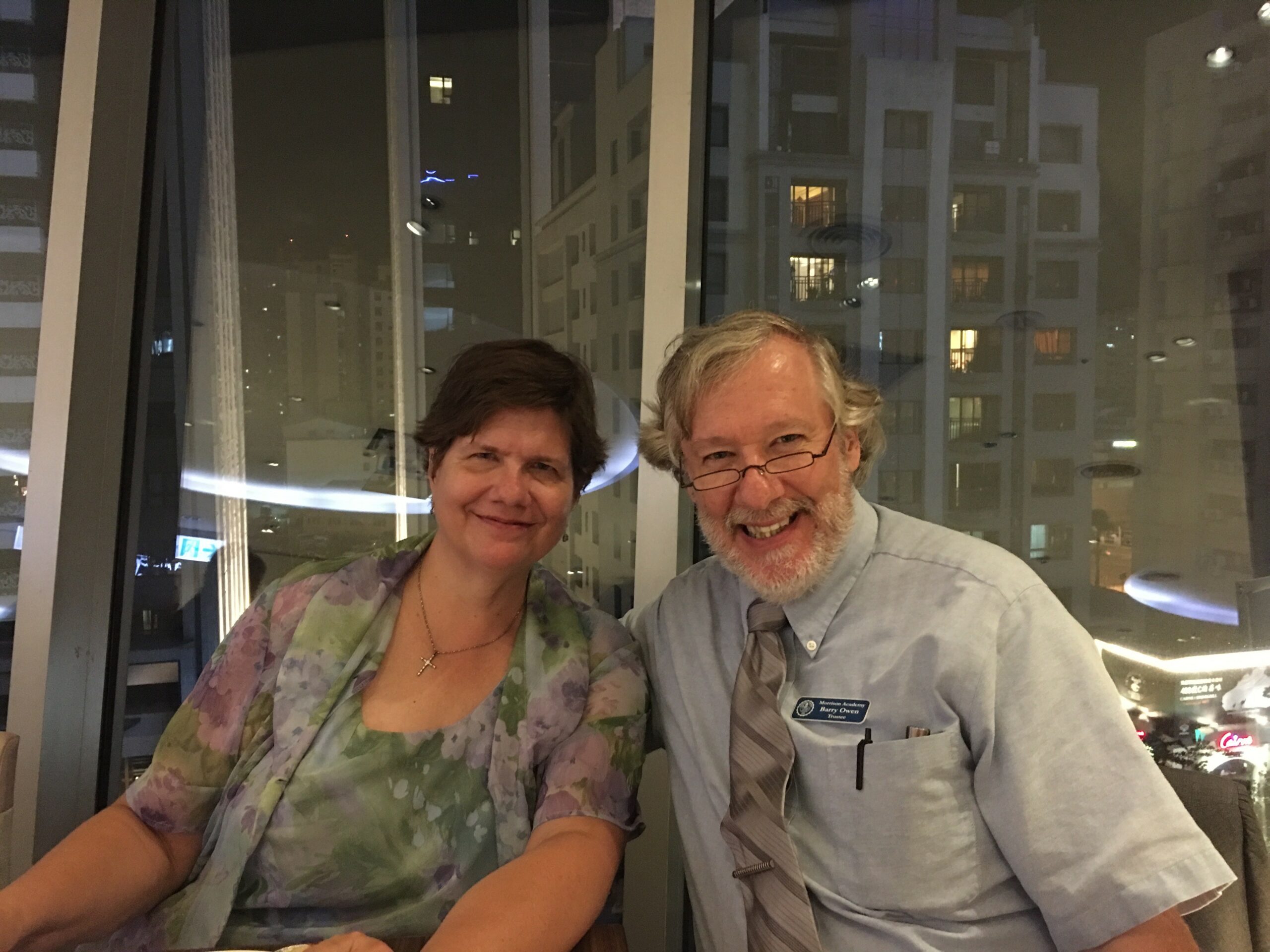 Barry and Peggy Owen work alongside Taiwanese co-workers in evangelism, discipleship and church development in both urban and rural settings. Taiwan is a thoroughly modern country, in which most people enjoy a comfortable standard of living, and where education and health care are readily available. For many, materialism and postmodernism are barriers to accepting Christ, but traditional beliefs and a reliance on idol and ancestor worship continue to be major obstacles to faith in Christ, particularly in more rural areas.

About Us:
Barry and Peggy Owen both developed a sensitivity toward missions through frequent exposure to missionaries as young children. God’s leading into ministry and missions became clear for Barry during his college years, and through a short-term experience in Taiwan immediately following his graduation from Wheaton College in 1981. With a heart for long-term ministry in Taiwan, Barry then attended Denver Seminary in Colorado to further prepare for missionary service.

Peggy felt God’s call to missions at a missions conference in junior high school. In anticipation of serving overseas, she pursued a nursing degree. While Peggy was gaining experience in nursing, she and Barry met at his home church in Connecticut. Drawn together by a shared vision for ministry, they were married in 1985 and appointed by WorldVenture for long-term service in 1986.

After arriving in Taiwan in 1988, Barry and Peggy worked alongside national co-workers to plant churches in Kaohsiung, Tainan, and Chiayi County. In 2016, Barry was invited to work with the Bilingual Ministries of the Wu Chang Baptist Church–a thriving CB church in Kaohsiung seeking to reach out to internationals in that city and to prepare Taiwanese for cross-cultural missions. In recent years, the church has made a strong commitment to all facets of missions outreach.

Barry primarily serves in two ways:
1. First, discipleship, from the first time someone hears about Jesus to when they are fully mature;
2. and second, teaching God’s Word from the pulpit on Sunday afternoon and to small groups during the week, challenging people of all ages to deeper growth and to share the gospel to those around them, from Kaohsiung to the ends of the earth. He has also served on the board of the mission school for many years.

Peggy’s ministry includes leading women’s Bible studies and discipleship in Kaohsiung, and investing in the ongoing ministry of the Joy House in Chiayi County. While serving at The Grace Place in Chiayi County, Peggy, along with their Taiwanese co-workers, began an outreach ministry in the rural community of Da Kang Lang. The main focus of this ministry is to invest in the needs of at-risk children in the social work system, building relationships and sharing Jesus. Developing relationships with women in the community and sharing Jesus through Bible story telling has been another aspect of this ministry. During the first year of the ministry, The Grace Place rented an old farmhouse in the center of the community which became the Joy House. In 2019, the Joy House moved to its current location on the second floor of the home of WorldVenture colleagues, where it continues to impact the community for Christ. Along with being active in women’s ministries in Kaohsiung, Peggy continues to be involved in the leadership and weekly activities of the Joy House.