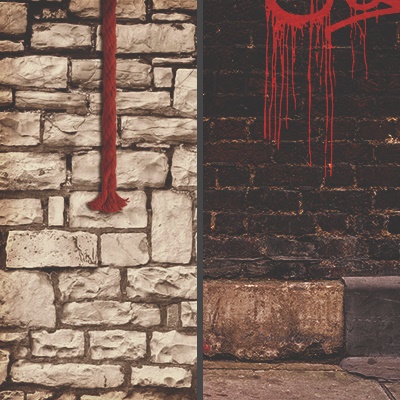 Rahab, a prostitute portrayed in both Joshua and Hebrews, offers a narrative of redemption that echoes the yearning in modern hearts. Rahab was a woman living in Jericho who housed the Israelite spies, protecting them from her own people because she believed in the Israelite God. Once God destroyed Jericho, He spared Rahab and her whole family because of her faith. She became the mother of Boaz, and thus mentioned in the lineage of Jesus.

The story of Rahab—while set in an ancient context—helps frame why many Christians feel the need to fight modern sex trafficking. The reason: the hope of redeeming women and men from lives of misery and abuse have propelled evangelicals to shape the movement. As a filmmaker told Slate Magazine, “It’s about taking something that’s going down a path of peril—you could say slavery, spiritual slavery—and redeeming it, Christ redeeming it into something free. … It’s not hard for the Christian church to get that idea of freedom.”

It goes back to the early years of Christianity, when Jesus’ notions of freedom and self-worth ransacked the pagan sexual economy. In the Roman world, prostitutes did not have dignity because they were slaves in a class system. However, Jesus taught that all had equal value, and also offered redemption for those with sexual sin.

And yet, the sex trade is still alive and rampant today. Adrienne Livingston, Director of Anti-Sex Trafficking Initiatives at WorldVenture, says the root of the problem is deep and multi-faceted. The solution, according to Adrienne, begins with a proper understanding of the many pieces involved in the puzzle. “This whole issue is an attack on the image of God. When we look at this issue, it’s attacking the way God made us.”

Who are the modern Rahabs?

What is sex trafficking? It’s when a person is coerced, forced, or deceived into prostitution. According to the Polaris Project, sex traffickers use violence, threats, lies, debt bondage, and other forms of coercion to force women, men and children to engage in commercial sex against their will. Under federal law, any minor under the age of 18 years induced into commercial sex is a victim of sex trafficking—regardless of whether or not the trafficker used force, fraud, or coercion.

What Adrienne has learned through hearing stories from survivors is that in American culture, people have bought the lie that prostitutes chose their lifestyle. The reality is that this so-called lifestyle begins with a long history of abuse and trauma that contributes to the vulnerability that allows traffickers to victimize these individuals.

Word choice and definitions regarding this topic are important, as they determine the negative connotations associated with terms like “prostitute,” according to Adrienne. An effective national movement has occurred to change terminology from prostitute to “sex trafficking victim/survivor” to reflect the victimization that occurs in this industry. One example: New York’s Human Trafficking Intervention Initiative has transitioned to calling prostitutes “sex trafficking victims” and offering them counseling instead of jail time.

According to one judge: “I don’t believe anyone’s open to prostitution unless you’ve been traumatized or abused. You’d beg, you’d go on welfare, you’d shoplift, for goodness’ sake. These people need to be treated as victims. They have already lost their dignity.”

Nationally, between 100,000 – 300,000 children are at risk for being sex trafficked, the average age of entry for sex trafficking victims is 12-14, the average life expectancy of a child once prostituted is seven years, 90 percent of youth self-disclosed prior sexual abuse, and 86 percent of those trafficked in the U.S. are from the U.S.

Many vulnerabilities factor into sex trafficking victims. Many of them have run away from home, have low self-esteem, and come from a history of sexual abuse and violence. In addition, gangs have a common connection to sex trafficking, where 49 percent of sex trafficking cases in the CSEC report were connected to gangs in the Portland area.

“Gangs are actually trying to sell girls in addition to selling drugs or arms, because they bring in residual income,” said Adrienne.

Contributing to the Problem

Adrienne is just one of many justice advocates arguing that America’s oversexed culture, the glorification of the “pimp” life, and the “boys will be boys” attitude allow boys and men to behave inappropriately. Violence against women and child abuse factor in as well. It is a supply and demand industry and it is all about the money, Adrienne says.

The “johns” or buyers of sex have a surprisingly normal profile. Two-thirds of them are married, while two-thirds also have a family, and less than half (44 percent) possess a college degree.

“This whole issue is an attack on the image of God,” said Adrienne. “When we look at this issue, it’s attacking the way God made us.”