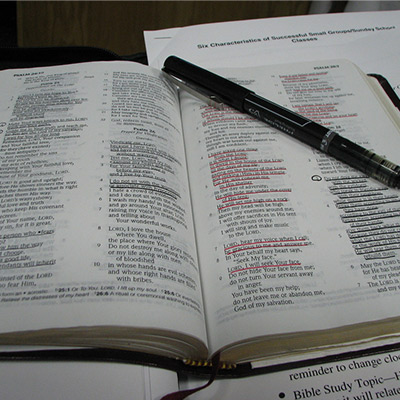 The Long Road to Teaching the Bible in Africa

On Monday nights in Kampala, Uganda, 17 church leaders fight terrible traffic to attend Sarah Pisney’s three-hour Bible class. Sarah preps all week long to present these elders, deacons, and ministry leaders with the Bible training they have never received before. Sarah’s one classroom rule: leave your status at the door.

That’s because in Uganda, knowledge is power. While Americans exchange knowledge freely but remain tight with their possessions, Ugandans are just the opposite. They never worry about lending out their possessions, but will never reveal anything they know to someone, according to Sarah. Plus, the more people know, the higher they rise in the hierarchy.

“We have people now saying it matters that we teach correct theology to our little kids, and the worship leader saying it matters that the songs we sing are according to scripture.” The same goes for the Ugandan church, where the 300 attendees rely significantly on pastors for their knowledge. This proved a difficult struggle for Sarah’s pastor.

“Pastors are seen are seen almost as a mediator between people in the church and God,” said Sarah. “No one from our church has been trained on how to study God’s word for themselves.”

Despite the oral and cultural traditions of the people of Kampala, Sarah has been successful in teaching these leaders sound biblical interpretation through the Veritas curriculum. Her pastor told her he had never seen a more committed group of people from the church. And for the first time, one of the students actually preached Scripture within its proper context, a huge milestone for the church. “I felt like I was on a high-speed train and it derailed. I felt like I was sitting in this rubble… God gave this whole vision for the school, so I asked, ‘God, did I stray from you?’”

“God is seriously transforming people. This is what I was created for,” said Sarah.

As successful as teaching Bible study methods to elders and deacons has been for Sarah, she didn’t set foot in Uganda with that plan in mind. She never even considered theology as a profession, really.

When she started as a student at Liberty University, she had no idea why God was calling her to a Biblical Studies degree. She’d never get a job. Obediently, she completed this degree, however, only to find herself again dragging her feet once again as God told her to go to seminary. It wasn’t until much later before Sarah would understand these degrees would qualify her to teach.

“He knows the sass thoughts that I’m thinking,” she said. “But He told me these degrees are to further His name and His glory.”

In 2009, WorldVenture appointed Sarah as a mid-termer to serve at Hope Alive! as an administrative worker. Sarah immediately fell in love with Uganda and started a Bible study for high school girls. While the administrative work proved less than life-giving for Sarah, she loved her location almost as much as her high school discipleship.

That’s why she decided to transition to a long-term position with WorldVenture, with the purpose of starting a girls’ boarding school. She wanted to provide a gap year for students to get discipleship training. Sarah planned and worked around the clock for two years to get the school off the ground, but soon realized she was back in a life-draining administrative role.

Sarah wasn’t doing what she loved, and wouldn’t be able to for many years. The stress would only lead to a sever ministry burnout if she continued working toward launching the school. After telling her supporters back in the United States all about her discipleship program, and pouring blood, sweat, and tears into the school, Sarah’s field leaders advised her to give it up.

Amid the discouragement and feelings of failure, Sarah felt oddly relieved. No more to-do lists. No more working weekends and evenings. Resting in the freedom knowing God had a plan for her in Kampala, Sarah approached her pastor, who knew about her desire for the school. She offered to become more involved in the church.

“I kept thinking he was going to say, ‘Toilets. We need help cleaning them,’” she said.

Instead, her pastor brought up the Bible curriculum Sarah had mentioned to him two years prior, asking her to teach a class. At first, Sarah felt under-qualified. She was younger than many of the people she would be teaching, and she was a single woman. But she trusted God through her fears and accepted the position.

On one hand, Sarah finds her singleness to be an advantage, as she can spend more time with her high school girls and be free to invest her time with them. On the other hand, walking the Kampala streets alone poses its own challenge.

“Women are just treated really poorly in Uganda, with so much disrespect,” she said. “But with women in church leadership, no one bats an eye.”

Now, Sarah knows she’s right where she needs to be. Many Ugandans are discovering how to learn about the Bible for themselves for the first time, when all they’d ever been taught was that it was too complicated.