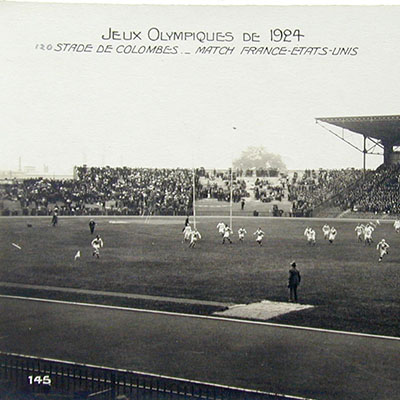 The 1924 Olympics, Burma, and the Origins of WorldVenture

Ray Buker Sr. used to run across the finish line hand-in-hand with his identical twin, Richard. The twins had grown up running a mile to school, located along the Rhode Island and Connecticut border. When the twins began attending Bates College together in Maine, Ray became famous for his astonishing finishing sprint.

Ray became the national champion in the mile and two-mile. He went on to attend seminary in Chicago, where he continued running and training for the 1924 Olympics. When he qualified, Ray headed out on a boat for 10 days across the Atlantic Ocean to Paris, France. There he met Eric Liddell, the famous Scottish runner and missionary in China, who eventually would become the subject of the film “Chariots of Fire.”

Eric was famous for being a devout Christian, refusing to run in his favored 100-meter race because it was held on Sunday. Ray was also a strict observer of the Sabbath, who, along with his brother, passed on a chance to compete in the 1920 Olympic trials because they were held on Sunday.[quote_right]Perhaps it was the suffering and discipline he experienced as a runner that enabled him to go to the American Baptist Mission Society, along with his brother, and ask for the hardest mission field in the world.[/quote_right]

There was no room to train on the wooden ship heading to Paris, so Ray lost much of his momentum and training. Subsequently, he ended up fifth in the 1500-meter race, even though he had been in second place for most of the course. Still, he received a gold medal, as the top five finishers during that time all received gold medals.

Perhaps it was his running career that taught Ray the perseverance and endurance he would need for his other passion in life: missions. Perhaps it was the suffering and discipline he experienced as a runner that enabled him to go to the American Baptist Foreign Mission Society, along with his brother, and ask for the hardest mission field in the world.

Ray and Dick were then sent to Burma. Dick was a doctor and started many leper colonies. Ray, along with his wife Dorothy and his brother’s family, were appointed with the American Baptist Foreign Mission Society. The work in Burma began to have its complications with the mixing of liberal and conservative theologies being taught to the nationals.

This caused Ray and others to approach the mission board to form two separate societies instead of splitting over theological differences. However, with the outbreak of World War II, the convention could not meet. The organization that did meet voted to separate the two groups, creating the Conservative Baptist Foreign Mission Society. The Bukers were the second unit to be appointed at the beginning of CBFMS (today WorldVenture), and Ray later became the first foreign secretary of the mission.