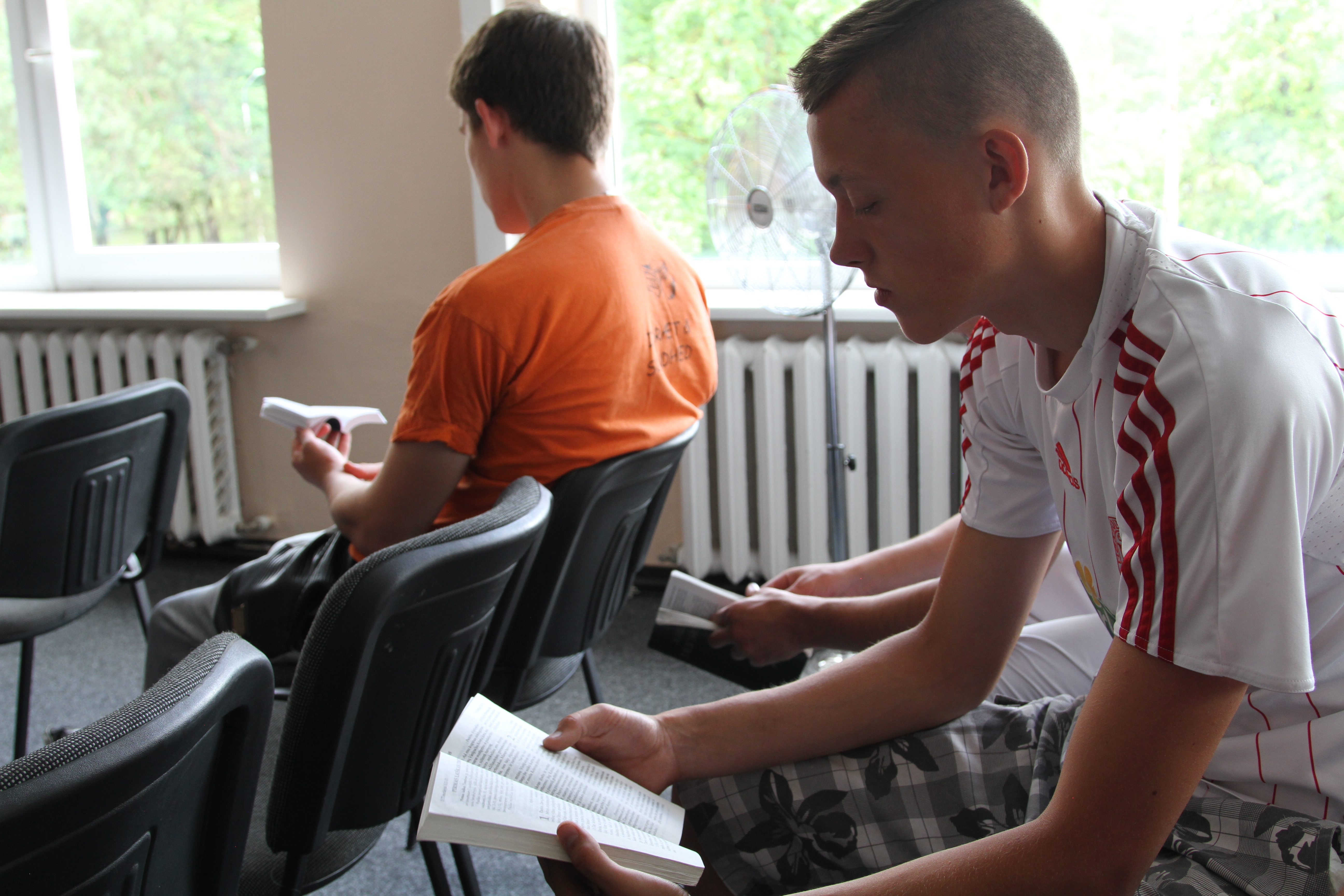 The American Grandparents of Lithuanian Orphans

Carol Zupkas was surprised to find an 18-year-old boy hiding in the closet of a transitional home for Lithuanian orphans. Matas squished himself inside to avoid going to school. It was one of many jarring moments since Carol and Gary Zupkas opened the home two years ago.

The Zupkases had anticipated hard conversations, 24/7 ministry, and a constant need for patience. They knew it would be difficult caring for orphans who had aged out of government care. Besides, the Zupkases and the orphans living with them make an odd match. Many of the children affectionately call the WorldVenture couple their grandparents, and the Zupkases’ life background is a far cry away from the experience of Lithuanian orphans.

Shelter for the Abandoned

Imagine going to bed crying every night for six months because your 18th birthday is fast approaching. Instead of blowing out birthday candles, you will pack your belongings and move out of the only home you’ve ever known. You don’t know where you are going to live, how you will finish school, or even how you will eat.[quote_right]“I’m grateful that they took care of me…never left me, and never said, ‘We don’t like you—go away.’ They gave their love to us as if to their sons.” [/quote_right]

Like many orphans in the rest of the world, the majority of children living at the Alytus Child Care Home are not literal but functional orphans. They have living parents who are not capable of caring for them for a number of reasons. Many of these children come from abusive backgrounds and don’t know how to function as adults. When they turn 18, they must leave the children’s homes and, to one degree or another, fend for themselves.

Seventy-five percent don’t reach the age of 25 without falling into significant pitfalls: drug abuse, alcoholism, prostitution or sex trafficking, jail, or suicide, according to the Zupkases. The Zupkases know one girl who taught herself how to survive without eating for 40 days after leaving her orphanage. They know another who asked them to start a Bible study in the Alytus orphanage, but she ended up in prison after leaving.

It would have been easy for the Zupkases to comfortably retire in San Diego. Gary, whose grandparents emigrated from Lithuania, served in the U.S. Navy and worked as a graphic designer. Carol taught English in San Diego, but always felt a desire for cross-cultural ministry. Together, they had a zeal for serving God but didn’t know where that would lead. They moved to Lithuania seven years ago, and they’ve offered their home in the small village of Alytus to eight different Lithuanian teens.

“I’m grateful that they took care of me…never left me, and never said, ‘We don’t like you—go away,’” said Matas. “They gave their love to us as if to their sons.”

[quote_left]“You don’t know what influence you’re going to have. Maybe you won’t see it now, and you may not see it at all. But our hope is that some of [the orphans] are going to be touched and changed in a very difficult world.”[/quote_left]The WorldVenture couple teaches these teens how to budget, how to cook, and how to live together as a family—something many have never experienced. They have spiritual discussions with these teens that have known little hope in their lives and bring them to their church.

“It’s very important not only for every life, but also for the future of Lithuania, because they will be a part of the future in Lithuania,” said Marian Kozak, pastor of Alytus Free Christian Church.

One teen currently living with Gary and Carol is Justas. He does not keep in touch with his family and lived at the Alytus Child Care Home since he was 5. He has never met his father, and his mother and stepfamily live in a tiny house—the size of Justas’ bedroom at the Zupkases. When he turned 18, Justas left the children’s home and continued going to school. However, no one told Justas to renew his passport, which prevented him from receiving his monthly stipend from the government.“He had no money; he had no food,” said the Zupkases. “He could eat one meal a day at the cafeteria at school, and that’s how he was existing.”

Justas would visit his friend Algirdas at the Zupkases, who offered him home-cooked meals, groceries, and cooking supplies so he could make food for himself. Justas even began going to church with them. But Justas was too shy to ask for help. Eventually, Algirdas and Matas were the ones to tell the Zupkases that Justas wanted to move in.“He’s our brother. We want him here,” they said.

When Justas first moved in, he couldn’t carry on a conversation with Gary and Carol because of how socially behind he was after years of being at the orphanage. Algirdas had similar social difficulties, a common pattern the Zupkases see with the graduated orphans.

“When Algirdas came to live with us, he was highly non-communicative,” they said. “He was full of fear and anxiety, but we’ve seen him change. He’s responsible, considerate, and he’s shown he cares in a lot of ways.”

In a world decrying the harmful effects of “orphanage tourism,” the Zupkases offer a better way. They are committed to opening up their home to these at-risk teens, helping them with everything from cooking tortillas to how to have a relationship with Jesus.

At the center of their vision is a desire to see the Lithuanian people better care for orphans themselves. Diana Adomaityte joined Gary and Carol in hosting a weekly Bible club at the Alytus Child Care Home. The children in the club sing worship songs, memorize Bible verses, and learn about Jesus.

In moments when it seems unclear what difference she and Gary are making, Carol remembers when her parents offered their home to Sally, a young woman who didn’t have anywhere else to go. Sally came to faith during the two years she lived with them. After Sally left, many tragic things happened to her and she eventually lost contact.

Many years later, after Carol’s father had passed away, a private detective called her mother, asking for the people who had taken care of Sally. Sally’s daughter Donna was looking for Carol’s mother and asked to meet with up with them. Donna said, “I’m married to a pastor. We have four children. They are all serving the Lord because you and your family took my mom in.”

Donna went on to say her mother would make her go to church every Sunday, where she found faith and eventually married a pastor. Carol tears up when she talks about Sally, as she sees the story directly shaping her and Gary’s work in Lithuania.

“You don’t know what influence you’re going to have,” she said. “Maybe you won’t see it now, and you may not see it at all. But our hope is that some of [the orphans] are going to be touched and changed in a very difficult world.”