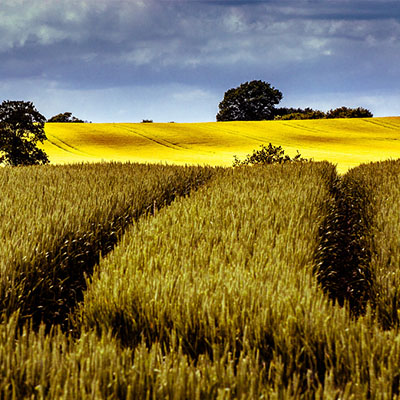 The Furrows We Plow

Cash. Watches. Rings. People passed the offering buckets hand-to-hand in each row throughout the arena, as they parted with their items of personal worth. The man in the podium eclipsed the trinkets in the buckets when he asked for something more: the surrender of our lives.

It was New Year’s Eve, 1979, in Urbana, Ill. It was day 57 (of 444) for the 52 American Embassy personnel being held hostage in Iran. It was five days after Russia’s invasion of Afghanistan. It was barely nine months after the nuclear accident at Three Mile Island. And I was six months away from graduating high school, trying to sort out my life’s purpose. Like many others, I was beginning to catch a personal glimpse of God’s invitation to join in His great cause.

According to a Mission Frontiers publication on the event:

“Urbana 1979 was something else! It had the usual huge crowds of students, booth after booth of mission displays, addresses ranging from good to excellent in workshops and from the platform. But there was something new about this Urbana. Long before those 16,000 (or so) out of 18,000 rose in one great whoosh in response to Billy Graham’s challenge to go anywhere or do anything that God would ask of them, you could sense that these students were already committed to God’s will. They were waiting merely for marching orders…When asked to identify the greatest mission problem in the ‘80s, Billy Graham unhesitatingly replied, “The 2.5 billion people still beyond the reach of the gospel,” with some additional words on the sacrifice in lifestyle which reaching them would require of all Christians (Urbana, Mission Frontiers, Jan. 1980).”

Yet the zeal of attendees was not enough in some cases:

“The Urbana Conferences have always culminated in a challenge to be willing to serve the Lord overseas. Mission societies were electrified when the “Commitment Card” was signed by 5,000 students in 1973 and then 9,000 in 1976. Norval Hadley, Director of Church Relations at World Vision, projects that this year (1979) at least 10,000 will sign those cards. Yet “if history repeats itself,” he says, “perhaps less than 500 of the 10,000 will ever make it to the mission field.” Other mission executives are even more pessimistic (IIS Reaping Urbana ’79, Mission Frontiers, Dec. 1979).”

Apparently, not everyone made it. It was the same in Jesus’ day.

Hand to the plow

Jesus’ popularity has always been a bit perplexing. No doubt, it must have been stunning to be on the receiving end of one of His miracles, or watch Him shred the moralistic suppositions of powerful religious leaders, revealing their teachings as impotent in knowing God. It must have been staggering to observe how His choices impacted the social outcasts of His day, validating their imago dei, their innate personal dignity as image-bearers of God. However, when Jesus talked about what it took to be His disciple, His words cut. Jesus’ expectations provoked the Jews, for their implications were eminently personal.

Luke 9 is a pivotal moment in the life of Christ, as He “sets His face toward Jerusalem.” The cross looms and Jesus moves toward it. Along the way, Jesus talks of the associated costs of following Him.

“Do you want Me, the one with no place of His own?” Then renounce your aspirations to comfort and convenience that bind you.

“Do you want Me, the one rejected by His brothers and townsmen?” Then renounce your allegiances that vie for primacy and control in your life.

“Do you want Me, the one looking toward the cross?” Then renounce all that entices you to look back.

If Jesus didn’t negotiate with the Pharisees or with Pilate or with His disciples then, what makes us think He will with us now? Following Him is an all-in commitment. It always has been. Almost committed to Christ means we’re still holding on to options for another way, a better way.

Have you ever seen the furrows of a backward-looking farmer? Depending on the field, the crop, and the harvest, a farmer can choose between numerous plowing patterns. But before he sinks the plow’s blade into the earth, he always chooses a landmark to gaze upon, which helps to keep the rows he’s planting straight.

Over the years, I’ve seen numerous people who determinedly grasped the plow of missions only to let it go later. Usually, there are good reasons: bad timing, wrong place, misalignment to the work, chronic undersupport, or mission agency disappointments. Regardless, people without Christ are waiting until someone else puts their hands to the plow for them.

A sampling of crooked furrows in missions:

Instant gratification undermines perseverance: When the challenges to get to the “field” give our hearts and minds unfettered fodder on why we can’t do this.

Greed undermines contentment: When we long for what our life’s circumstances could have been if only we hadn’t gone into missions.

Self undermines service to others: When our unresolved issues give us reason to stay where the focus can remain on our development.

Control undermines trust: When the intricacies of our family ties bind us here rather than strongly support us there.

Sometimes, God very clearly closes one door of service for another, but that is not what I’m driving at here. Of greater concern is that often, very often, our choices to obey, to persevere, to trust, to be and do what God has called us to are our Father’s uniquely crafted growth moments for us to be conformed to the image of Christ. And we can miss them by developing patterns of saying “no” to Him. And like the would-be disciples on the road to Jerusalem, Jesus’ yoke becomes too much, and so we let go of the plow.

The work of WorldVenture—making disciples, planting churches, caring for the orphan and the widow, equipping workers—won’t get done unless someone actually grasps the plow handles and sows for a harvest among a people who have no access to or who haven’t yet embraced the gospel.
With hands on the plow, we fix our eyes on the person we follow, Jesus Christ. While we use organizational tools like statements of vision, values, beliefs, plans, and budgets, these are only stewardship tools. Our eyes are on Jesus alone. Jesus’ invitation resounds today: “You, follow me!”

What furrows will you plow?