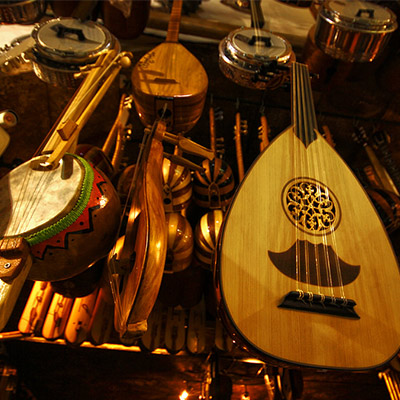 The Healing Power of Music

What does it take to create peace between Christians and Muslims? Roberta King says the answer is in the music.

An ethnomusicologist who served with WorldVenture for 22 years, Roberta worked among 11 countries in Africa, producing and enabling national Christians to produce their own music and songs in more than 80 different languages.

She recently published a book called “(un)Common Sounds: Songs of Peace and Reconciliation among Muslims and Christians (Art for Faith’s Sake).” In it, she explores the role music plays in fostering peace between the two religions comprising 55 percent of the world’s population.

“Music and the arts provide spaces to engage in perceiving imagined worlds of spirituality where people have opportunity to approach one another, to be more friendly and more brotherly,” she said.

[un]Common Sounds brought together a diverse group of musicians and researchers. Funded by the Henry Luce foundation, the project looked at the Middle East, North Africa, and Indonesia, researching ways Muslims and Christians have used music and the arts as a way to find peace.

Roberta’s doctoral work, completed in 1989, focused on the Senufo people group of Cote d’Ivoire, where Roberta learned about the communication that happens through music.

Roberta has been teaching master’s level courses at Fuller Seminary since 2000, including a course she specifically developed for missional ethnomusicology, titled Global Christian Worship.

“Through music that is dedicated to the Lord—that brings honor and glory to Him through a people’s culture—it allows us to honor and respect peoples through the inclusion of their music and prayers from their cultural heritage,” Roberta said during a lecture she presented at the Andrews University Music and Worship Conference.