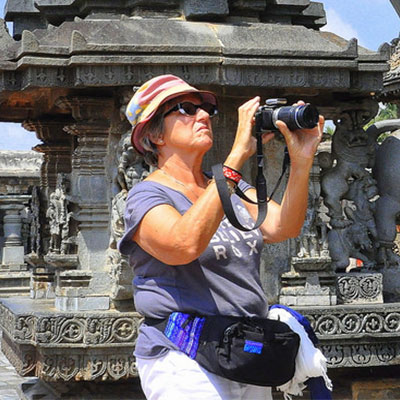 An Open Letter to Future Amigos of the Cuban Church

Editor’s note: The author of this post (name omitted for security reasons) is a WorldVenture missionary who has taught in Cuban evangelical seminaries.

I feel a nagging worry whenever I think of the Cuban church.

It’s not because the U.S. and Cuba have re-opened diplomatic ties, after a half-century of isolation.

It’s not because President Obama is trying to lift the trade embargo, or because the U.S. is easing travel restrictions to Cuba.

Personally, I am in favor of all of these moves, secure in my belief that this is the best way forward for both nations. I agree with the majority of dissidents and more than half the Cuban exiles in America: it’s time to shuffle the deck and have a new deal.

Nevertheless, I have this anxiety about the future of the evangelical church in Cuba.

Here’s why: when I taught in Eastern Europe, a leader of a church told me a bittersweet story. “Up until the end of the regime,” he said, “It was illegal for us to meet. But the church thrived despite it all. The church in Romania had grown strong. Suddenly, Romanian Christians gained the right to attend church. But they also got the right to earn money in the newly open economy. And some decided that if they worked on Sundays too, they could earn even more.”[quote_right]”Be teachable…It’s best to assume that Cubans have an edge over you in how to serve the Lord in their own locale.”[/quote_right]

This story sent a chill down my spine. The temptation was not that they became wealthy, but rather it was the “deceitfulness,” the illusion that they could make money and feel secure.

Some colleagues and I regularly teach in a few of the seminaries in Cuba, which are scattered around the island. We can testify that the rumors about Cuba are true: the church is in full revival mode, growing so fast that believers are running out of meeting places, pastors, and Bibles. One group has had to stipulate that a new follower of Christ must receive six months of discipling before receiving a Bible.

Once relations with the U.S. started to thaw in 2015, the Southern Baptists managed to send 83,000 Bibles to Cuba – a tremendous victory, but not a complete solution, not compared with the nearly one million Cuban evangelicals.

It is very possible that materialism, disunity, American religious domination, and false teaching pose significant threats for the currently strong Cuban church. But what of future amigos of Cuba, those of us who are mentally making airline reservations for 2015? Havana is a short 90 miles south of Florida, and I can just picture the tsunami of Americans, disembarking and running back and forth on the island because it is this year’s cool place for “missionary tourism.”

A Cuban family I know has one group after another meeting in its front room. They host an iglesia casera, a house church, as well as youth meetings, a Bible institute, and seminary courses. All of the above are extralegal activities; the government could shut them down at a moment’s notice and evict them from their home. These fragile spiritual micro-enterprises will not thrive in the age of “selfies.” And so I have some advice to give to American Christians considering a trip to Cuba:

Dios le bendiga, iglesia cubana. God bless you, Cuban church. May the Lord use us to bless you, and may we receive a blessing from you in return.

WorldVenture has previously written about a better way to do short-term mission trips, developed by a missionary in the Philippines.