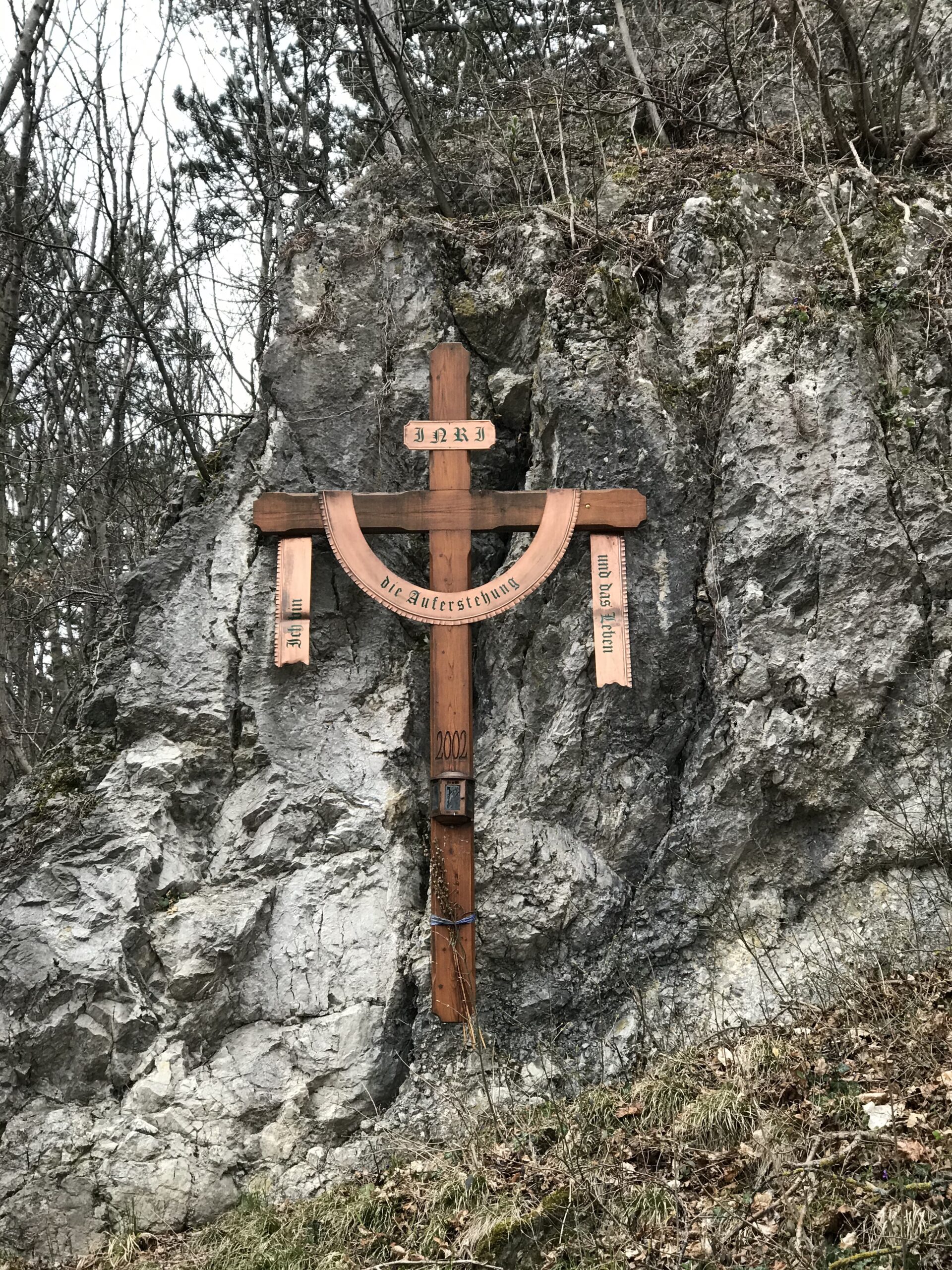 How to Trust Jesus When Everyone Has Let You Down

By Brian and Melissa

(serving in anti-sex trafficking in Europe)

I (Melissa) had some unexpected reflection time a few weeks ago when I walked along a hiking path that, unbeknownst to me, would lead me through the stations of the cross.

The trail was quite steep and there were covered alters with pictures depicting varying aspects of Jesus’s journey to the cross. At the top of the hill was a larger alter where Christ’s crucifixion was depicted. At first, it looked like the trail ended there, but around the corner the trail led down the hill, and after one more alter depicting Christ’s burial, I came upon the cross shown in the picture above. The copper draped cloth reads, “I am the Resurrection and the Life.”

I was struck by how subtle this cross was compared to the other alters. It was almost hidden in the trees and its presence there seemed almost an afterthought. It was a reminder to me of how resurrection living can easily be elusive.

Jesus made that hard climb to Golgotha, and through His death and resurrection, claimed victory over death–removing guilt, shame, and fear in the process.

His hard work is finished.

And for each of us, He extends His ongoing invitation to experience resurrection living with Him. We hear His voice beckoning us to the quiet and less traveled path.

What a beautiful invitation!

For those we are journeying with who are impacted by sexual exploitation, it may be an invitation:

While the specifics of Jesus’s invitations may differ and are unique for all of us, His general invitation is the same: