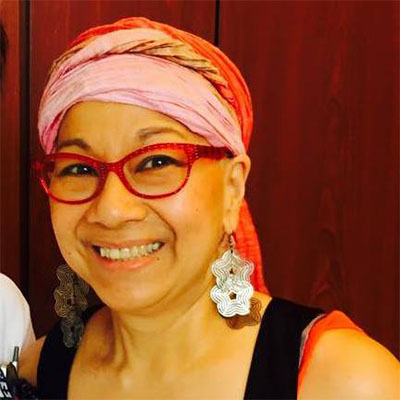 ‘It’s Been Such a Privilege:’ An Interview with Ken and Bola Taylor

Bola Taylor, a beloved WorldVenture missionary who served in Japan, passed away on Oct. 19.

“As I look at Bola’s lifeless body, I can only imagine how alive Bola is now, praising and dancing before her Jesus Christ,” said her husband, Ken. “Bola prepared us well when she mentioned not to worry because she was only taking an earlier flight (first class) to heaven and will be reserving a seat for us!”

Bola, a singer and musician,  led 70 choirs with over 1,000 members in black gospel music throughout Japan, along with her husband Ken. WorldVenture President Jeff Denlinger interviewed the Taylors before Bola passed away (this interview has been edited for length and clarity.)

Jeff: Are there moments when you think, “This is just grace…this is just God showing up in ways that are unexpected?”

Bola: I think every moment is grace-filled. The day we learned I was ill, I had to ask for prayer support. The urgency of the prayer need was so strong that I said, “I need to write something now.” I had no idea how big this was going to be, from The Huffington Post article to people from all the way in Brazil writing me. The breadth of the audience that I’ve reached has been very enlightening and humbling.

Another shock is that I’m not asking not “Why me?” I’m thinking, “Are you sure you’re using me to reach people for you?” Everything I have and all of my sinfulness is just making me realize the graciousness of God. I have this treasure inside that I know and acknowledge, and I don’t take that lightly. But He will use whomever He wants.

Ken: I remember she just did it for prayer. God exploded it to reveal Himself in a mighty way. Even I am so moved by it. I would be in tears at the response God is allowing to happen.

Jeff: How has God helped you through your diagnosis?

Bola: He exempted me from the grief process, and even the day that we were talking to the Japanese physician, it almost felt like an out-of-body experience. I think that’s how God protected me in the first moments of my diagnosis. And even during my final diagnosis when the doctor brought up palliative care, he just kept me very calm and very composed. I should be racked in pain, and I’ve been protected from that for so many months.

Jeff: You performed a concert for your 54th birthday. What was that like?

Bola: It was electrifying. I was in the little bathroom putting on my lipstick, and by the time I got out, the room was full of 170 people. It can only hold 100. It was just very full of grace.

Ken: We found out about 1,500 were watching live eventually and now it’s over 4,500 views already. It was quite an experience. One thing that was electrifying was out of the 170 people maybe 30 were believers. And so it was clear that this was the stage Bola was sharing. If this is your last stage appearance, what would you tell people? It was like a worship service, it was like never before, it was an evangelistic meeting, and it was at a jazz joint in downtown Tokyo. And we had her palliative doctors show up, and her four nurses from the hospital. It was God-ordained. It had to be.

Jeff: What would you say to encourage an aspiring artist who may think that God is calling them into missions?

Bola: I would tell whoever wants to get into the arts to know God more and appreciate the gift that they’ve been given. I think if we know the Giver of the gift, good things will happen. You’ll have a deeper understanding of the breadth and the height of His love for you and for the world. You will understand the gravity of the gift that you’ve been given and the responsibility and privilege that comes along with that. You will understand the many opportunities you’ve been given to reach people who will not be reached—unless you get into their space.

Jeff: You must be giving some thought to heaven—what are you expecting it to be like?

Bola: My children just left and I told them, “I will see you soon.” It’s a place I’m looking forward to. I can’t imagine what it is, and I dare not imagine. I might be disappointed with my puny little imagination.

Ken: Through this experience with Bola, who has been so surrendered and accepting, it obviously makes you think of heaven, and not even in a concrete way but in an ethereal way. Suddenly you’re talking about preparation and completion, instead of what is temporary. If there were one thing in our spiritual lives and disciplines that’s missing, it would be about preparation and completion on this earth. God has given me a peace that I would never have had. It makes us deal with death and dying in a way that’s not fearful or anxious.

Jeff: Death is the last test of faith. If you’ve lived a life of faith, this really isn’t a tragedy—it’s simply an opportunity to trust God in a new area.

Bola: My expectation is [heaven] will be good, but they say nothing will matter because only Jesus will matter. I’m going to see Jesus. That’s a really good thing; that has me excited.

Turn your eyes upon Jesus, look for his wonderful grace, and the things of earth will go strangely dim in the light of his glorious grace.

I’m choosing Christ in every moment because I know that I have surrendered my future to Him. Now if I can surrender my future to Him, what difference does it make that I do the same for my children and for Ken? The one who’s going to take care of me is the same one who’s going to take care of them. And I refuse to give the enemy a foothold of worry.

Jeff: If you had one thing to say to WorldVenture that would challenge us to serve God more wholeheartedly, what would you say?

Bola: We’ve been called to do a work that not everybody’s been called to. I encourage everyone to take the bull by the horns and know that once you’re called, God is going to get you through it—every headache, every challenge, every cultural mishap, and trust that God’s name will be lifted and glorified. I think we are a special people with the privilege to be called to serve. Every ministry is unique and every ministry is important in God’s eyes. It’s been such a privilege to be with WorldVenture. It’s the only one that would take us anyway.

The dangers are there. The temptations are there. We’ve lost many people because of many reasons, but we pray that all who come behind us will find us faithful in the calling God has given to us. What a rich life we will be living every day if we just decide to follow the blueprint. It’s not hard; it’s an interesting life if you choose to follow God, because He is a God of grace. He is a God of love.

Jeff: I want to thank you for shepherding WorldVenture and others through your lives in this journey. You have been a model as a couple and as individuals to many people.

Ken: Bola received a card from one of our younger supporters that said “You must know that your journey has truly inspired me and touched me in so many ways. You have no idea. I must say I have only read of faithful warriors in books and such, but now, I can proudly say I know the most amazing faithful warrior.” In this journey, Bola is the center because she’s the one going through this.