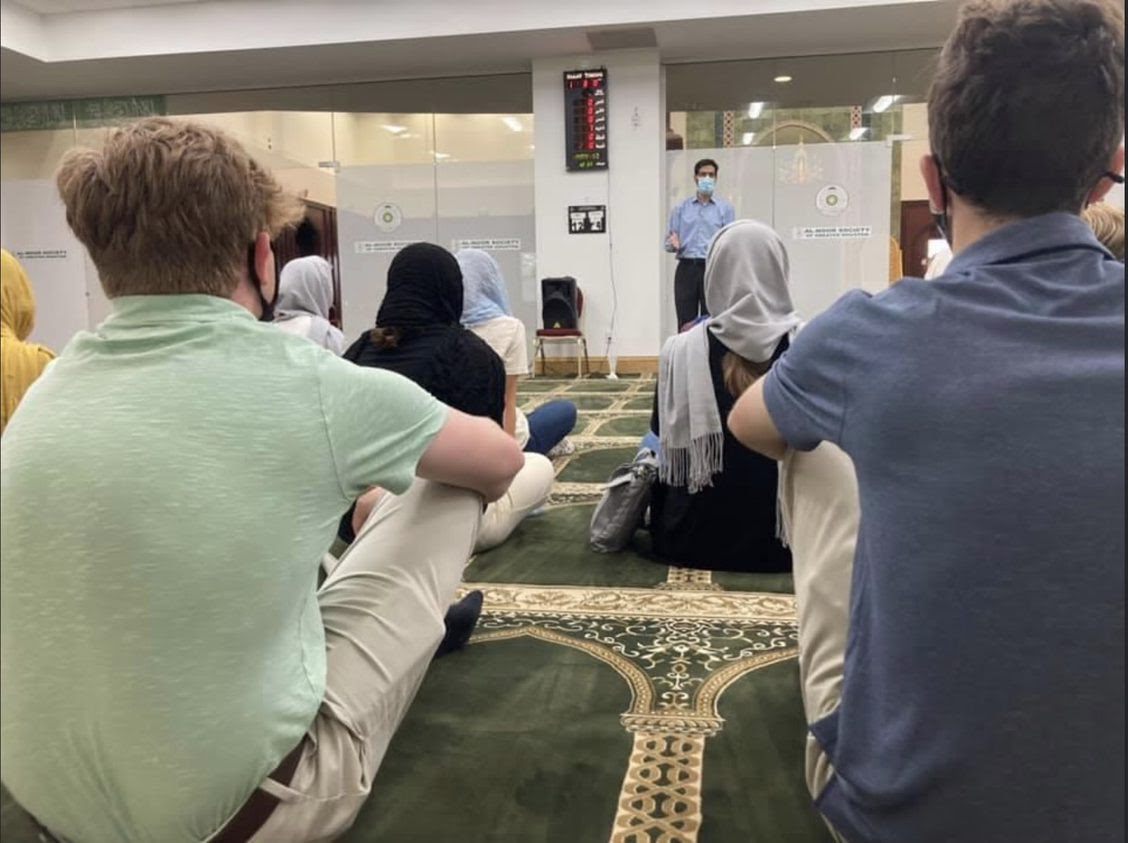 When invited to help with a team coming to Houston, I try to be as involved as possible. Sometimes, this is lecturing or modeling, and other times it’s observing and looking for an opportunity to speak life into someone. When a team of college students from Mississippi State University (MSU) came to town, I played both parts. During lunches, dinners, running errands, and in between the lectures, I got to know *Jake.

I usually start by attempting to get to know as many of the team members as possible. In this case, Jake was the first one I could get any form of conversation with during the first dinner. During lunch the next day, we started talking about things that really mattered to him.

That lunch conversation on the first day (covering things from Jake’s past and struggles with living out his faith) continued throughout the week as we kept having meals. I would ask the team lead if I could have Jake come with me to run errands for the ministry they were doing. I continued to counsel Jake through his challenges. When I didn’t know how best to advise him, I would, with his consent, ask for insight and wisdom from my own mentor and counselor. As the week went on, the Holy Spirit made His way known to us.

After the team visited the Mosque to understand better what Islam teaches, they went to an Afghan restaurant to experience the culture differently. While there, some of the team members, including Jake, got ahold of a pamphlet aiming to disprove the Trinity. During dinner that night, Jake brought this to my attention, and I asked one of the other boys to fetch the pamphlet for me so we could go through it.

I started by listening to the Holy Spirit to teach Jake. Before I knew it, a handful of students stood around me to listen.

We continued the conversation on the way home from dinner and at the apartment that night. Once there, we got to the portion of the pamphlet attempting to use scripture to disprove the Trinity.

“…Father, if you are willing, remove this cup from me. Nevertheless, not my will, but yours, be done.”

Jake exclaimed, “What?! It’s like they don’t even understand what the verse is trying to say,”

I replied, “What do you think the verse is trying to say?”

Jake said, “The verse is showing that Jesus is going to die.”

I replied once more, “Why does Jesus die?”

Jake answered, “Jesus died to save people from their sins.”

Again I asked, “why does Jesus die to save people from their sins?” Jake paused.

After talking to his dad and speaking to his pastor, we decided that I would baptize Jake the next day. Jake asked me if inviting unsaved people to the baptism would stir up the opportunity to share the gospel. So, after informing him of the ministry of John the Baptizer, we shared in the neighborhood, and invited several neighbors to come to the pool for his baptism. Our Muslim neighbors came, and Jake got to have a one-on-one conversation with the father of the household about the importance of trusting in Jesus for salvation and how the Trinity is paramount to our faith.

Share this blog link to your social media with an answer to this question.