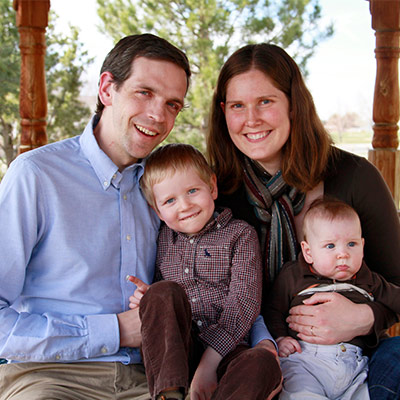 This question has plagued Sarah and Dave Halter as they began searching for ways to use medicine in missions. Dave, a general surgeon, met Sarah at Wheaton College before the couple married in 2003. Sarah holds a master’s degree in community and international development and spent time in Kenya working on various community projects.

“We always thought we would end up in a remote, rural area where there is a desperate need for a surgeon,” they said. “But we could spend the rest of our lives there, and the need would be just as great when we were gone.”

In Tanzania, more than 45 million people have access to a meager 110 surgeons to provide life-saving procedures. That means that even a surgery as common as removing an appendix may not happen because of distance or availability, thus costing a patient’s life.

That’s why the Pan-African Association of Christian Surgeons has set it as their goal to graduate 100 new surgeons by 2020 (and are on track to reach it). With 11 programs and nine hospitals throughout Africa, the organization seeks to transform African healthcare by training Christian surgeons.

The PAACS also has a hospital in Arusha, Tanzania. The Halters visited the Arusha Lutheran Medical Center in 2012 and immediately felt it was a good fit.

“They’re so intentional in building a Tanzanian hospital, and living out the Gospel in a way that’s relevant in that context,” said the Halters.

The center has several Tanzanian surgeons who have asked Dave to partner with them in training surgeons. The family of four fell in love with Arusha, Tanzania, a lush, up-and-coming town in the north region of the country. The Halters were also pleased with the direction the hospital was taking.

“We felt we could definitely support everything they’re doing,” they said. “We’re not just going to meet a need but we’re building local capacity in a way that is sustainable.”

The Halters are blazing the path as the first WorldVenture missionaries reaching Tanzania. But the Halters will be far from alone, as they look forward to gleaning wisdom and guidance from the surgeons at the hospital, as well as investing in a church community.

“There needs to be a Gospel witness in every aspect of life and society, and that really resonates with us,” they said.

The partner development phase has not been easy for the Halters. They have faced the normal obstacles appointees come across when starting to find partners, including trouble finding mentors, Dave quitting his full-time job, and going through a housing crisis. The “land between,” as WorldVenture coaches like to call the time of support raising, has proved to be nothing like what they expected.

“We had a tremendous amount of spiritual attack,” they said. “I think Satan was just really trying to get us to quit.”

The Halters briefly considered derailing all their plans to stay in the states and travel as short-term missionaries to western Kenya instead of moving to Tanzania. However, once they remembered God had never called them in that direction, they stood firm in their decision to move and become full-time missionaries.

“We’ve struggled to be pursuing God rather than pursuing the work we need to do,” said the Halters. “That’s the foundation of all of this. We are followers of Jesus and our lives have been changed, and we want to share that with other people.”

This message of transformation is what they’ve continually told their potential partners, who either share in their desire to minister through medicine, or reject it.

However, most people they’ve talked to about potential partnerships appreciate the sustainability of their ministry, as well as the sacrifice they’re making.

“They get what it might look like to be a surgeon in the States,” they said. “They see that God has made us to do this.”

As the Halters prepare to move to Tanzania, Dave is looking forward to his role of teaching and training future surgeons. For Sarah, she hopes to create a smooth transition to a new culture for her family, while scoping out future possibilities for community development projects.

The Halters plan to leave for Tanzania in June. To learn more about their ministry and life in Tanzania, visit their blog, or take a look at their missionary website. WorldVenture partners with multiple hospitals throughout the world, including one in Indonesia, Tanzania, and Pakistan. Missionaries have endured severe health risks while serving abroad, including missionaries facing the Ebola crisis in West Africa.