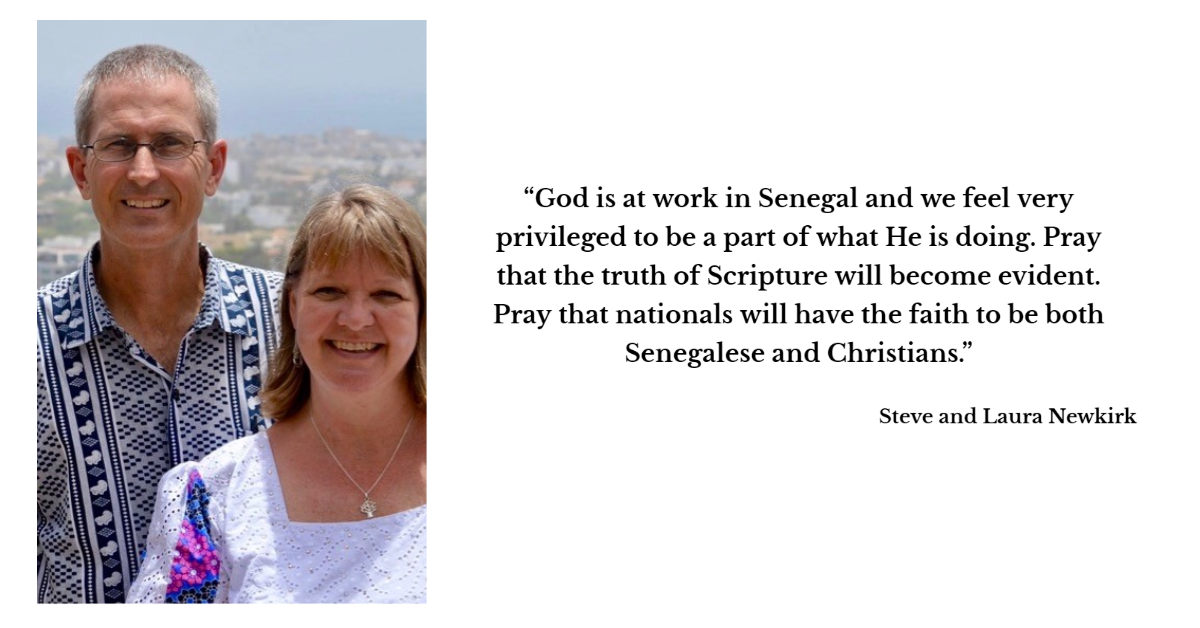 Our Building Project:
– We Still need about $200,000 to complete the project (click here).

Ministry Summary:
Roughly 16 million people live in Senegal, about one-fifth of them live in Dakar, the capital city. Since 95% of the Senegalese population claim Islam as their religion, we hear the Muslim call to prayer five times a day.

We love watching God work in Senegal! For many years it has been our hearts desire to see a church planted in the city of Dakar. Not just any church, but a church lead by nationals, using one or two of the heart languages of the people and characterized by what would be seen as sacred to the Senegalese. A lack of the sense of sacredness is the main reason why Muslims in West Africa will not even enter the majority of current churches. Most churches in Dakar also use French whereas the language of religious instruction for the majority of people is Wolof. We have national partners, a target neighborhood, a common language (Wolof) and we are working through what worship looks like to the Senegalese.

Senegal is an oral culture which means people learn best by listening rather than reading. Our colleague, Marilyn Escher, is translating the Bible into Wolof. 80% of the country speaks and understands Wolof, but very few of them can read in Wolof. Steve is involved in putting the Wolof scriptures in oral form so that the Word can be better understood. He works with others to record the Wolof Word of God and then works together to distribute it in digital forms such as SD cards, the MegaVoice (a solar powered MP3 player), films, phone apps, etc. He is not working alone! He is working alongside nationals and getting a lot of technical help from ministry partners.

WorldVenture is related to some 27 churches primarily among the Serer People. Most church women are illiterate but intelligent and able to learn. Laura partners with Senegalese women to teach these ladies how to study the Bible using oral methods. God’s Word in their lives is making them better mothers, wives, neighbors, and church members…thus impacting all levels of society. It is AMAZING to listen to their stories and see them growing in the Lord and then sharing their faith with other women.

Steve has been in charge of developing and maintaining the WorldVenture camp on the beach of Ngaparou. The camp is used for training retreats for women, men, pastors, and youth. It is used for a variety of evangelical retreats and missionary restoration. It is a blessing for the entire church in Senegal.

We are also involved in our neighborhood. Laura has weekly English classes for the children. As a family we host a children’s club in our home each summer. We have good relationships with our neighbors.

God is at work in Senegal and we feel very privileged to be a part of what He is doing. Pray that the truth of Scripture will become evident. Pray that nationals will have the faith to be both Senegalese and Christians.

Blogs and Articles on WorldVenture.com:
– How Perceptions are Changing in NGOHÉ
– Breaking Down Babel
– Building a Church Legacy in Senegal