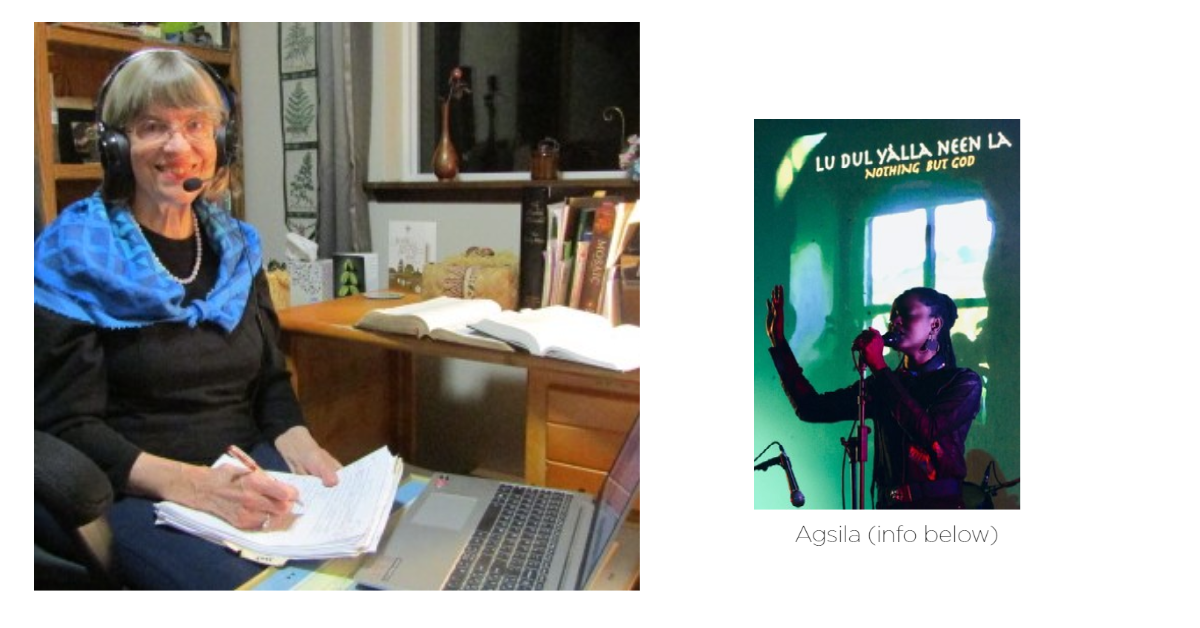 Serving through Wolof Bible translation in Senegal. The Wolofs’ main values are peace, hospitality, and self respect. They make up the majority of the population and are nearly 100 percent Muslim.

The translation must be both faithful to the original text and clear to the audience. A high rate of illiteracy in areas outside of Dakar creates the need to disseminate the word in other forms than the printed page.

Pray that God would use his Word to bring people to see that they need a Savior, and that Jesus, the Messiah, is the only Savior.

About Marilyn:
Little did Marilyn Escher know all that would follow when she felt the tug of God on her heart for overseas ministry at age 12. Answering the call would involve spending over half of her life among the Wolof people group in Africa. Born in California and raised in Virginia, Marilyn moved with her family in 1960 to Hawaii, where she gained a unique experience in relating to people cross-culturally. Though she did not expect to use this experience in Africa, the fact that several million Wolof people in Senegal didn’t have a Bible in their language answered the “where?” of that earlier tug on her heart. While French is the official language of Senegal, schools are not available to everyone, and Wolof is the commercial language.

After learning French, Marilyn arrived in Senegal in 1972 to join the Wolof Bible translation project. The project was begun in1963 by Eric Church, a Brethren worker from England. When Eric retired in 1990, Marilyn took over as coordinator of the project. The team consists mostly of nationals—translator, typist, revisers and testers from all Wolof dialects—and a proofreader from another mission. In 2006, WorldVenture appointed another couple to help with the translation. Marilyn lost the first Old Testament translator after his premature death in 2000, but she says, “God put the team back together. This gives me the assurance that the project is not my idea, but his.”

Two dozen organizations are putting these Scriptures into use in various media for an audience that consists largely of those who learn by listening: radio, the Jesus film, the Magdalena film, audio cassettes, digital audio players, and an app where the printed text is synchronized with the recording. Computer-generated transliteration into Arabic script makes the translation available to those who studied the Koran and are literate in Arabic. While the Wolof church is still small, it is growing.

The Wolof scriptures are also going out in song. Agsila, the daughter of the Wolof translator (see photo above), has put her father’s translation of verses from the Psalms to music, making up her third album entitled TEGTAL “to show the way.” This album is available on Spotify, Apple Music and several other platforms. Wolofs feel they have no need of the Bible, that what is in the Bible is comprised by the Koran. But after Agsila’s concerts, they ask for the printed Wolof scriptures. Her music is breaking down prejudices against the Bible.