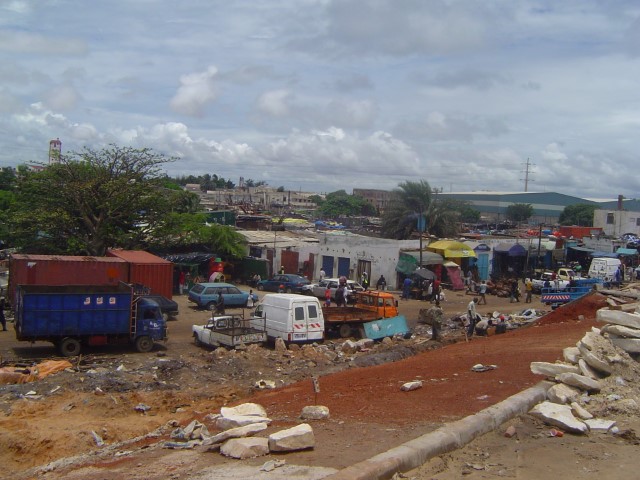 An Accident Creates a Family Connection

Nineteen years ago, I hit a boy named Aliou while on my way to church in Dakar. The street was busy, and Aliou ran out from between two cars without looking. In Dakar, if you hit a person, it’s always your fault, and if Aliou’s father, Sidi, had not forgiven me, the police would have locked me up to protect me from the family’s retaliation. Even though Sidi lost his other twin son a few months before the accident, he forgave me for injuring Aliou. This is how I entered their life.

Aliou’s tendon was broken; to fix it would require several surgeries. His parents were illiterate. I mediated between them, the police, the insurance company, and the hospital. During that time, I became Aliou’s “grandma.”

This family lived in a shantytown under a bridge in the industrial zone of Dakar, not far from the SIL Center, where we did consultant checks on the Wolof Scriptures. With the help of financial gifts from an administrative secretary of a church in the states, Aliou attended school just outside the shantytown. He learned to read the Scriptures in French and Wolof. At one point, he wanted his parents to watch the JESUS film in Wolof, which we did together. I learned that workers with SIL had translated the Jesus film in Sidi’s native language of Mali, so I also downloaded that film for Sidi.

I had the opportunity to share the gospel with Aliou and his family through the years. After Aliou finished high school, he told me he wanted to follow Jesus. That was last October. He hardly knows what it is to follow Jesus. “What is it I have to do?” he asked (like a convert to Islam does). I explained it was not about doing, not about religion, but about believing what Christ has done, and about a loving relationship with God, our heavenly Father.

Aliou’s phone call came on a Friday night in January. “My friend, who had a baby last Sunday, which I told you about? – that ‘friend’ is me.” It took me a couple of seconds for the reality to sink in, that Aliou had become a father.

“Aliou, do you see any resemblance between what you did by not telling me, and what Adam did when he tried to hide from God?”

He thought and nodded, “I feared you would reject me.” (Babacar, my informally adopted Senegalese son and I had been warning him to keep himself chaste. Babacar had become like a big brother to Aliou.)

I said, “When you told me the truth, did I reject you?”

He broke into a big smile and said, “No.”

Sunday, January 16, was the baby naming ceremony. Babacar went. He took diapers, baby oil, also rice and fish for lunch. Aliou’s oldest sister had paid the hospital bills, but Babacar knew she could not afford more. The baby was named after Aliou’s sister.

Aliou is 24 years old; Naya, the newborn’s mother, is around 20. Her family is from Aliou’s home village but living in a nearby town where Aliou was finishing high school, and he stayed with them for two years. The families want both of them to complete their education. Aliou’s auto mechanics school is three years. Naya’s mother is taking care of the baby.

No one knows Aliou wants to be a Christian except Aliou’s Father. With all of the complicated cultural issues, no one knows how the future of Aliou and Naya will play out. If he genuinely follows Christ, I told Aliou that his actions might lead both families to Christ, and that idea seemed to grab him. Aliou’s family knows Babacar and that he is a Christian. Babacar would take Aliou’s scholarship money to the school director monthly. Aliou’s sister was very appreciative when Babacar supported Aliou at the naming ceremony and helped her with lunch.

“Another person wouldn’t do this,” she said to Babacar.

Life can get messy. Please pray for Babacar and me and the person who runs the auto shop at his school as we mentor Aliou.

Pray for his Father, Sidi, for physical and spiritual eyesight. Sidi is nearly blind with cataracts. I took him to an eye doctor with Aliou’s help. Aliou said his father believes he is too old to change religions, though he is willing for Aliou to become a Christian. Sidi has seen the JESUS film several times, both in Wolof and his native language.

On your social media or in the comments here, share a story how an impulsive connection caused you to be deeply involved in a friend’s life.