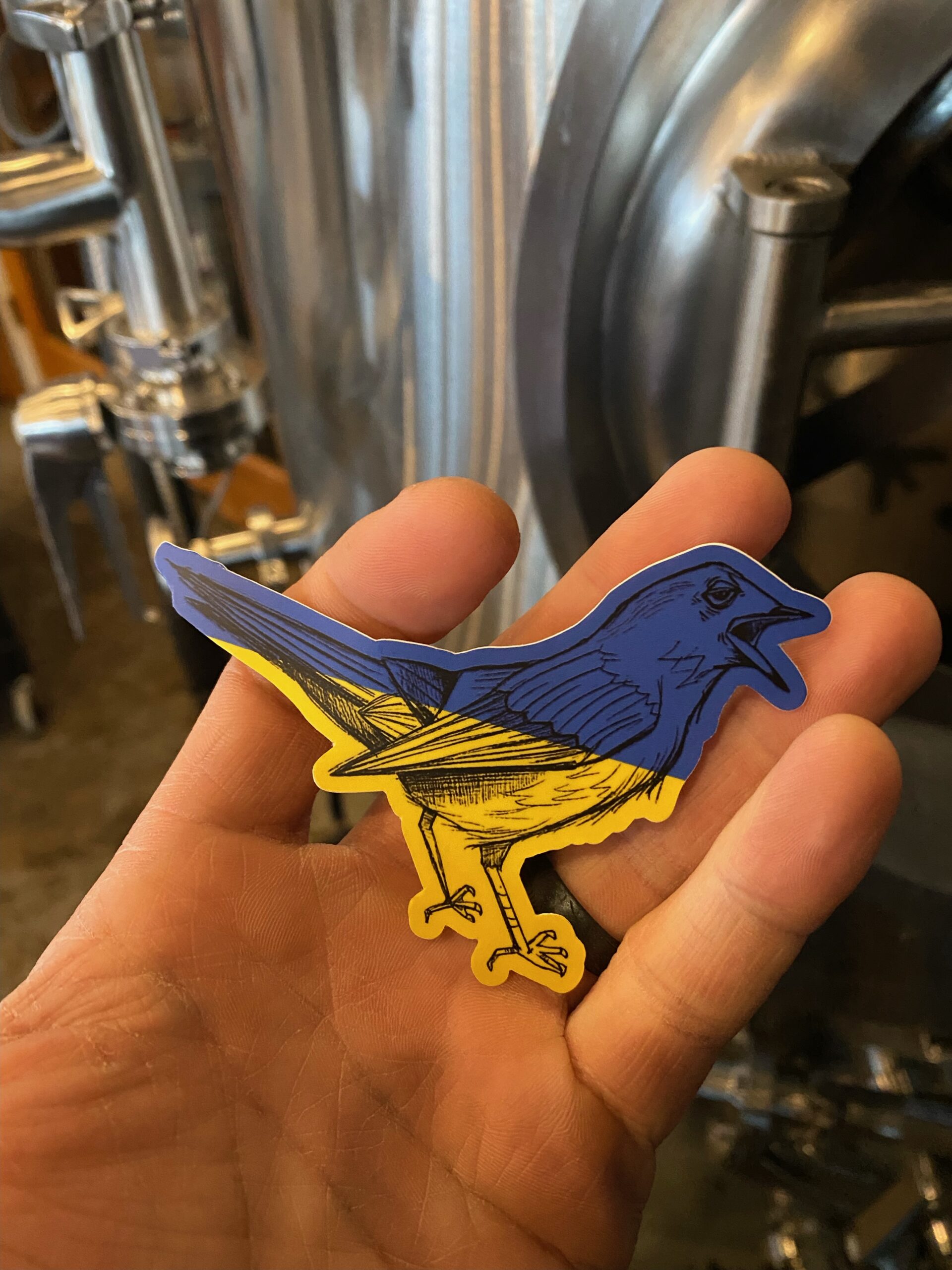 Raising a Mug in Solidarity

What do a retirement center, a Christian school, a guy who shaves his head every year, and a local brewery all have in common? Each one has found a creative way to raise funds to help support Ukrainian refugees.

The response to WorldVenture’s call to prayer for Ukrainian refugees has been very moving. WorldVenture has heard from hundreds of individuals and churches who are praying and taking the next step to give to relief efforts. WorldVenture has even heard from a few businesses. It reminds me of what Paul said to the Philippians about their financial gifts to his ministry: that each gift was a fragrant sacrifice to the Lord (Phil 4:18).

So, it was incredibly moving to hear my husband tell me the following four stories of creative fundraising by people who, while giving of themselves, are also mobilizing others to join them in contributing to Ukrainian Refugee relief. And the last one might surprise you like it surprised me!

The first was a call from a financial partner living in a retirement community. Moved by the newscasts showing the refugee crisis and aware of WorldVenture’s work, several residents took action! The residents couldn’t give online themselves, but they decided to write checks and send them all in a single envelope.

A second was a Christian school where one of WorldVenture’s Ukraine missionaries, Emily, had attended in years past. They were all very concerned about the need and, in the words of a school staff member, were “wanting to partner together.” So, the students and teachers decided to raise funds from their community to support Emily and her ongoing ministry to displaced Ukrainians.

A third was from Marc Weiss who shaves his head annually as a fundraiser. He reached out to one of WorldVenture’s missionaries in Poland, offering to promote the ministry. Marc wrote that he wanted to help “because of the IMMEDIATE humanitarian needs coupled with the fact that I have friends and family that came from and are still in Ukraine.” Way to go, Marc!

Those three examples of compassion followed by actions to help raise money from those in their spheres of influence were very inspiring. Plus, any guy willing to shave his head for a good cause is truly committed! But a fourth request was exceptionally creative and one that surprised me because, personally, I really don’t like beer.

Adrianna and Zack own a small craft brewery in Cape May, New Jersey. A unique aspect of their business is the goal that their brewery “glorify God.” Their brewery is even in the same shopping center as their church.

“The fact that my husband and I are believers who own a brewery… seems contradictory to many people,” Adrianna laments.

But some may find it surprising that craft brewing was popularized by the same reformer who helped establish the Protestant movement hundreds of years ago, leading to the evangelical roots from which WorldVenture was born. Martin Luther and his wife, Katharina, brewed their own beer in their home and shared that process with others. In fact, they influenced beer production away from a complex mix of ingredients guarded by the Roman Catholic church to the use of hops, a common plant in the region available to anyone. When consumed in moderation, the Luthers reported positive health benefits from the brew.

In the same spirit (or rather, spirits…?), Adrianna and Zack decided to craft a mild brew they call “The Common Nightingale,” named after the national bird of Ukraine.

“The style of beer is an English Mild Ale,” says Adrianna. “We chose this style because of its approachable flavor that isn’t very polarizing, it’s quick turnaround to produce, and low alcohol content.”

So, what motivated Adrianna and Zack to come up with this fundraising idea? Nothing less than the words of Jesus.

“We have been promoting the idea ‘love your neighbor’ throughout other local fundraisers,” said Adrianna. “While we typically keep everything local, we know our community – many of whom are not Christians – will rally behind us and allow us the unique opportunity to share the relief efforts, share the Gospel, and hopefully raise some money to help with the efforts.”

One missionary couple greeted the news with enthusiasm and gratitude, celebrating the God-centered philosophy of this couple’s brewery and thanking them for their desire to help people. Many WorldVenture missionaries over the years have been confronted with the cultural challenge of serving among people groups where one will insult their host by not partaking in a mug of beer or glass of wine presented in greeting or at a meal. This creates a tension with the understanding that many WorldVenture missionaries and US partners do not drink alcoholic beverages as a matter of conscience and because of the danger of alcohol abuse.

“We totally understand the divide in Christianity about alcohol,” said one missionary, aware that the New Testament command to not get drunk is universal but does not necessarily prohibit wise consumption in moderation. But he also pointed out that “living in Europe has a way of changing perspectives on many things, including beer.”

I can’t say I’ll be buying a bottle myself. A&W Root Beer is about as strong as I’ll drink. But I might buy a decal. It’s a mark of spiritual maturity that we keep our own matters of personal conscience from becoming legalism for others and missing out on creative ways to ‘love our neighbors,’ as all these creative people are doing. As Jesus famously said one Sabbath, “is it lawful to do good?” (Mark 3:4). Besides, even Jesus turned water into wine, helping a couple in need (John 2).

Now, please join me in another round of contributing to WorldVenture’s Ukrainian Refugee relief efforts and raising a mug in solidarity! Just remember mine is the root beer.

Beth Meverden previously served with WorldVenture. She is a writer and expert on Biblical Parenting. You can get her written resources at bethmeverden.com. 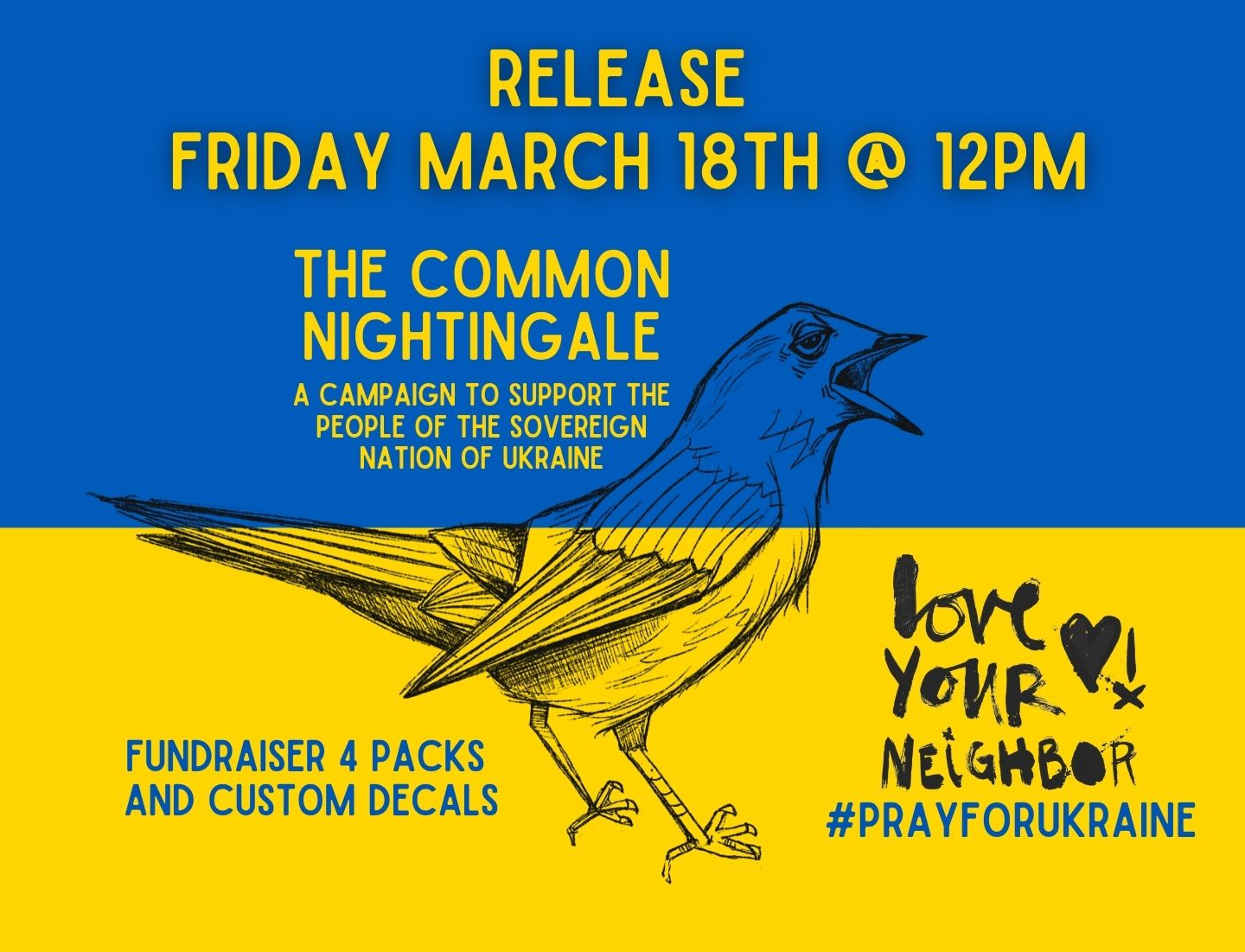