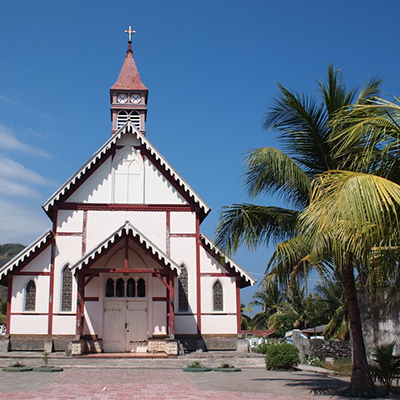 The Disturbing Reason Why Indonesian Churches Are Closing

Years ago, a WorldVenture seminary teacher was preaching at an Indonesian church in the city of Jogjakarta. Toward the end of the service, the noise of a loud Muslim mob from outside interrupted and frightened the congregation. A local mosque had incited local Muslims to demonstrate outside the church, angry that the church even existed. While the police freed the trapped congregation an hour later, the mob was ultimately successful in what they came to do: permanently close down the church.

This was just one of many churches that closed because of Muslim protesters, say the Johnsons*, the missionaries present that day. In a country that outlaws Islamic extremism and boasts freedom of religion, how are these church closures possible?

First, some perspective on Indonesia’s “Religious Harmony” law: Indonesia passed a law in 2006 requiring minority faith groups to collect signatures from people of other faiths before building their churches. But it’s not as easy as it seems. “It takes years of red tape and frustration to finally get permission to build a church,” say the Johnsons. Since the passage of the law, 1,000 Christian churches have closed, while others have never been built.

Another WorldVenture missionary family, the Smiths*, told of the woes their national NGO endured to start a legal English program through the local church. After more than a year of trying to get all the signatures needed to run the program, the workers still don’t have permission.[quote_right]”Accusations of improper permits or falsified signatures don’t even have to be true in order for radical groups…to come in and destroy church buildings without any repercussions.”[/quote_right]

“This Religious Harmony Law requirement is a not-so-subtle way to keep Christian churches or programs from ever running,” said the Smiths, who have witnessed the bombing and burning of churches near them. In 2012, WorldVenture missionaries* had to leave the country because of the persecution they faced from a fanatic Islamic leader.

Christians account for seven percent of Indonesia’s population, where the majority are moderate Muslims, who mix Islam with cultural beliefs, say the Smiths. “They are very receptive of us and often are eager to hear what God teaches us in the Bible. Radical groups do things to get attention.”

However, areas—especially the province of Aceh—have experienced a crackdown from Islamic extremists in recent years, where several churches have been burned. In other areas, more radical Islamists have attained government positions. But the Smiths think the level of persecution is directly correlated to the movement and traction Christianity gains in the area. Two different girls they knew have been beaten by their fathers and brothers and cast off from their families for wanting to follow Isa (Jesus).

“Despite the persecution, they have stood firm in their faith and continue to grow and witness,” they said. “Not everyone is like that though, and many quickly fall away from studying the Holy Scriptures or don’t begin at all because they are afraid.”

In the meantime, the Smiths and Johnsons tend to form house churches through non-traditional methods, as going about building legal churches is unsafe and cumbersome, to say the least. “Accusations of improper permits or falsified signatures don’t even have to be true in order for radical groups…to come in and destroy church buildings without any repercussions,” said the Smiths.

WorldVenture has been present in Indonesia since 1961, mainly working among unreached people groups. WorldVenture recently covered how Indonesia’s Bethesda Hospital catalyzed many church plants and helped reach many rural Indonesians with the gospel.