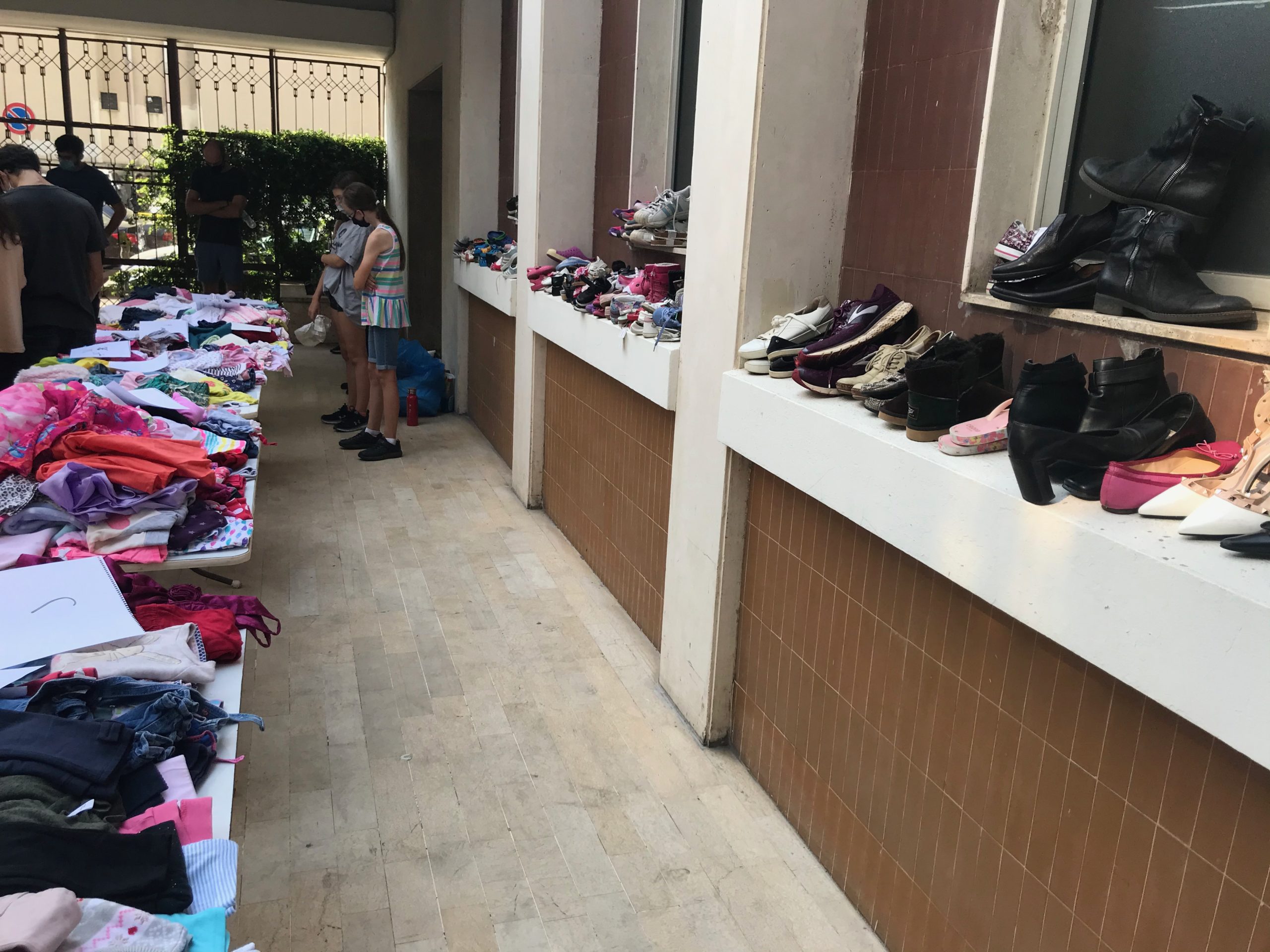 A New Pane of Glass, A Pair of Shoes, and Jesus

He was sitting outside the church gate with his shoeshine kit, watching the people coming and going.  One of our volunteers noticed him and called me over to help.  I invited him in and asked if there was anything specific he needed.

I took him over to our section of men’s shoes – we didn’t have a lot – and showed him a few pairs of tennis shoes in his size.  He hesitated and then pointed to a pair of fake leather business man looking shoes – not something I would ever choose for a 14-year-old boy – and his eyes lit up when I told him they were just his size.

I asked him if he wanted clothes, and he asked if he could choose some for his 3-year-old sister.  I explained the system. Each family could take a certain number of clothes, a toy for each child, and any kitchen or household items they needed.  While the women around him were throwing clothes left and right, he gingerly chose one at a time, held it up, and folded it carefully again before putting it back on the table.  It was obvious he couldn’t count and was worried about taking more than allowed.

When we had picked out some cute skirts and shirts for his sister, I asked if he wanted anything for himself.

“Can I get something for my dad?”

I had to wipe the tears from my eyes as I escorted him to the men’s table and passed him off to one of our volunteers who was apparently the same height but much thinner than his father.

If the blast didn’t destroy his home, the economic situation destroyed his chance at getting an education.  If his father doesn’t die of corona, it is likely that hunger will take his sister.

We are offering physical rays of hope – new windows to replace the ones destroyed by the explosion; a bag of food basics – lentils, beans and oil – distributed every month; Safe Haven is working on ways to provide education remotely for those who can’t go to school this year; and clothes and toys, because the cost of these things right now is more than a monthly salary even for someone with a decent, white collar job.

The situation in Lebanon feels truly hopeless.  People with means are fleeing on airplanes. Those without are getting into boats and drowning in the sea.  The food, the clothes, and the ABCs are not enough.  How can you share Jesus with a child whose belly is rumbling from hunger pains?  You feed him.  How do you share hope with a woman who hasn’t left her house since the explosion because someone will climb in her broken window and steal anything that wasn’t destroyed?  You fix her window.

So that’s what we do.  We feed, we clothe, we educate, and are always ready to give an answer for those who ask us why: We love because He first loved us.