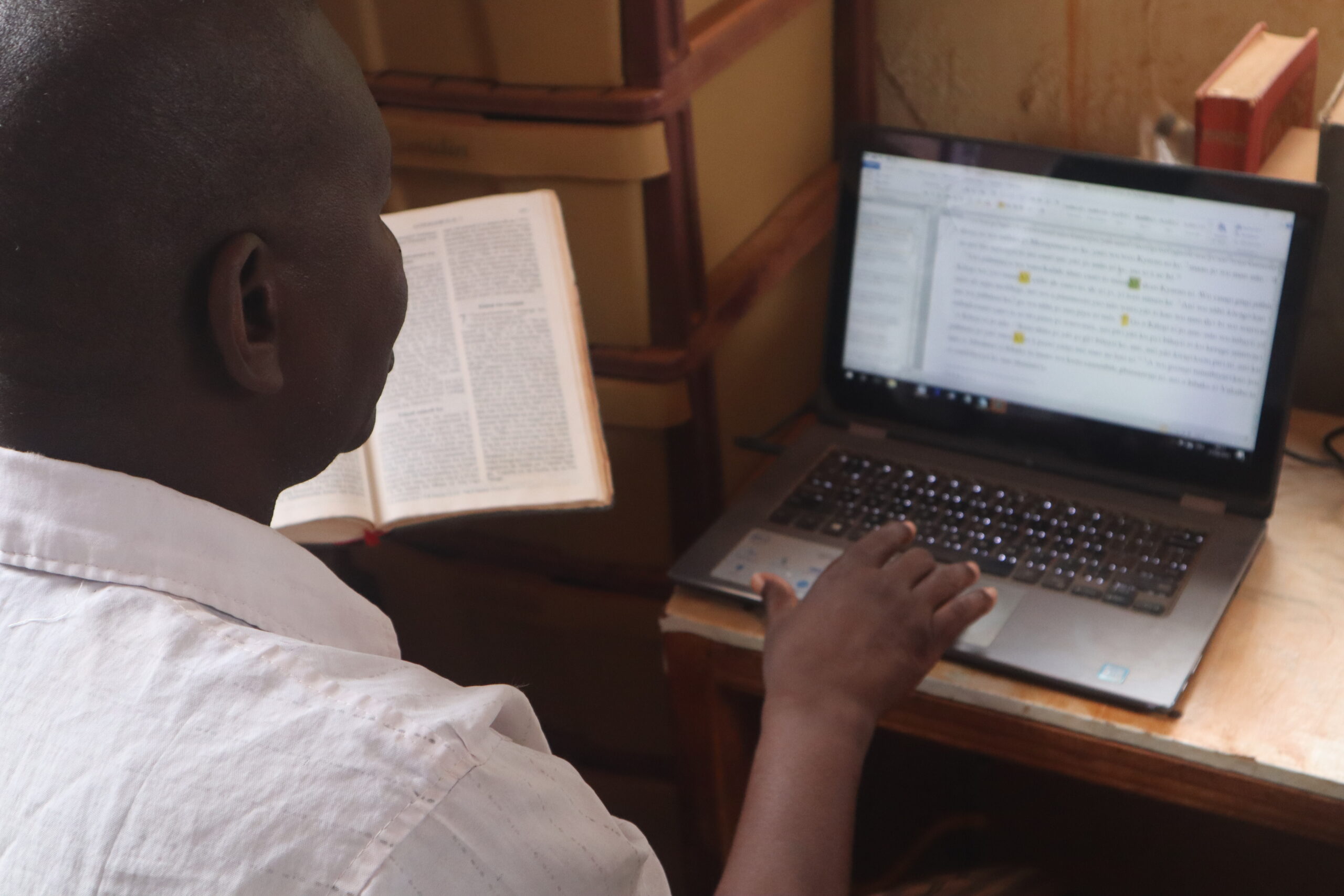 An Imam Encourages His People to Read The Bible

By Tom from Africa

God is doing some interesting things in this part of the world because recently Pastor Mamadou has been relating to me that one of the more important imams in the country has been openly encouraging his people to read the Bible to discover what it says. If you understand the history of Christianity and Islam and how they view Mohamed and the Koran, this is quite an eye opener.

So, how does that relate to the work here? It is the backdrop to the wonderful opportunity that God provided recently to Pastor Mamadou who had the God-given courage to boldly speak the truth about man’s need to thousands of followers of Islam.

Here is Pastor Mamadou’s testimony in his own words:

[Recently] I received a letter of invitation from Ansar Dine to participate in their celebration of Mohamed’s birth. This celebration began that Monday at 8:00 pm and lasted until 1:00 am. At the beginning of the celebration, I was the third who was asked to say a word.

I began my talk with a question that someone had posed at the previous year’s celebration:

“What do the people do with the Word of God [the Koran]?” At that time, no one responded to this question. When the speaker began to speak at that time, the answer was found in his message. The message was about the need to change one’s life.

I decided to base my message [this year] on this idea of changing one’s life and proceeded to give these verses:

“And the Lord said: “Because this people draw near with their mouth and honor me with their lips, while their hearts are far from me,” Isaiah 29:13

I highlighted John the Baptist’s message to the Pharisees and Sadducees: “Bear fruit in keeping with repentance” (Matthew 3:8). After this, I showed that the love of God is for all people, but the one who does his will, this is the one who pleases him.

I ended my talk with this question: What is the will of God? Because we need to seek after this first. I left off there because there will be the second installment of this celebration and I will encourage the people to think on these questions:

Also, I hope to share from John 6:27-29 & 40 in answering the question, What is God’s will for me? All told, there were more than 7,000 adults present. At the end of my talk, the person who was leading the meeting said to those present: “This person who is not a Muslim, he knows more about Islam than us.” By this, he was encouraging the people present to better understand the Word of God (for them this is the Koran).

[On another Sunday] at 9:30 pm, the second celebration began. Place was given to the representative of chief of the city, and he thanked them for the invitation and for the celebration. After him was the representative of the mayor, but he declined to speak (he indicated that the crowd was too large for him). After he sat down, I was asked to say a few words.

To start with, I thanked all present for being there. I also greeted those of the Ansar Dine group. I thanked and congratulated them for what was spoken last Monday night. I referenced to the question that I had left with them: What is the will of God?

He has told you, O man, what is good; and what does the LORD require of you but to do justice, and to love kindness, and to walk humbly with your God?

Then shared the passages in John (John 6:27-29 & 40) that clearly show that God’s will is that we believe in his Son, Jesus Christ.

I gave three questions that all must think on:

And with this, I turned the microphone [over] to the imam leading the celebration.

In response to what I said, the Imam said to the people present that all that he was thinking or planning on speaking about that I, Mamadou, had just said it all.

He said that I had finished his word, his message. If they were not there to speak on the birth of Mohamed, they could now return to their houses/homes. The Imam continued to say that to write a response, a message on these three questions, it would take all the ink in all the pens in the town to truly answer them.

The Imam said that this gave him a good opportunity for the future to speak on and respond to these three questions. He added that he has a New Testament at his home and he cited the four Gospels in the correct order. For him, these are the four columns that uphold and support the whole Bible like the four columns/posts that uphold the roof of a hangar.

Among other things that the Imam spoke about, he said a good Muslim does not fight against Christians because it was the Christians who protected Mohamed when he was being attacked. The attacks against Christians by Muslims are due to their seeking a benefit in that, not because of their religion. They are hiding behind the excuse of their religion. In light of this, the Imam went on to say, [if you attack the person who protected your prophet], would this be pleasing to your prophet? After this, he thanked the Christians (I being their representative) for the words and thoughts that I had shared. And thinking of Christians and Muslims, he said that it should be they who should be giving peace to people, but due to ignorance, people act wrongly. He also mentioned that, as he reads in the New Testament, he sees that it never encourages the people to attack others, to do wrong to others, [or] to kill people. He is very impressed by the message of the New Testament. There were many other things mentioned, but this is what the Lord has brought to my mind.

And as the time before, after they heard my little talk, they enthusiastically responded in good and vibrant applause indicating that what I said had spoken to their hearts. I couldn’t have done all this without the strengthening of the Holy Spirit, and because of your prayers, He was powerfully with me and my words. Thank you for standing with me as I was given this great opportunity to share with many thousands of Muslims again.

On your social media or in the comments here, share your response to this story.