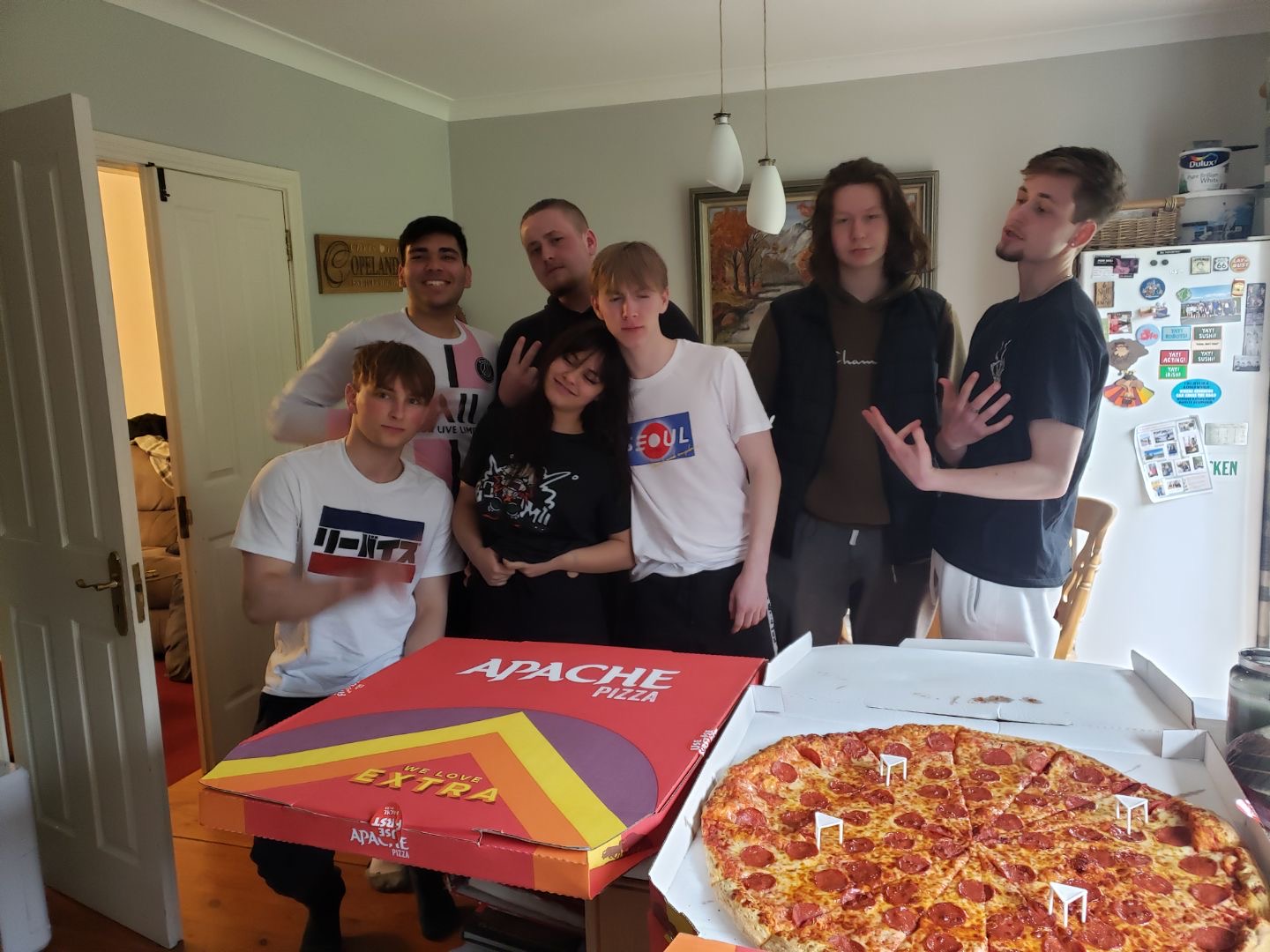 A group of teenagers in Ireland began meeting at the home of WorldVenture global workers, Chris and Joi Copeland, for a role-playing game (RPG). Led by their sons, Gavin and Gage, the Copeland brothers wanted to leverage the power of story central to RPG’s to introduce biblical themes such as a Messiah-figure, redemption, and a narrative crafted in to present spiritual choices in an allegorical way. Leveraging the world-famous, sometimes controversial, and wildly popular “Dungeons and Dragons” game system upon which most RPG’s are based, the Copeland boys hoped to introduce other teens to Jesus. That’s how Chris and Joi got to know Alex.

Alex is Lithuanian. He is fluent in Russian because he speaks it at home. He and other teenagers began to gather regularly on Sunday afternoons to play when the Copelands got home from church.

“There was language, and many of them wore inappropriate tee shirts… they were coming as they were,” says Chris. And they kept coming.

As the group met, staying longer and longer at the house, Chris and Joi started making dinner for the teens, praying with them, and even answering questions that came up. Another young man, Ryan, accepted an invitation to the Easter service. He brought his girlfriend and his girlfriend’s mom. The Copelands bought him a Bible.

At the same time, some Ukrainian refugees began attending the Copeland’s church. As they worshipped, Chris and Joi noticed a need among the Ukrainian refugees. Using Google translate, he discovered the group, specifically a man named Igor, needed a translator for the service.

Chris’s colleague, Jason Post, another WorldVenture global worker in Ireland, stepped in front of the congregation and asked, “Hey, we have our friend Igor visiting us. He’s from Ukraine. If anybody speaks Russian, let me know.”

Chris and Joi also asked around and often talked about it at home. Who did they know that spoke Russian? Their sons reminded them of Alex, one of the teens coming to their RPG gatherings. After talking to church leadership about hiring an interpreter, Chris and Joi asked Alex to help translate the sermons into Russian for Igor.

Sunday morning, Alex arrived late to church, and Chris hurriedly introduced him to Igor. After only the first day, Alex agreed to keep translating the sermons into Russian each week. But he also shared something unexpected with Joi.

“[Igor] really knows his stuff,” exclaimed Alex. “Honestly, when we were translating, we were talking about Peter. He asked me if I knew the difference between a non-believer and a believer, and I said no. And then he just starts telling me all this stuff, and I was just listening, and I was like ‘he really knows his stuff’…like, it’s kinda cool. And I was seeing in his Bible a bunch of lines and stuff…underlined…as if they were like the more important ones. He would read them out and just explain them to me, and I was like…hey, that’s cool!”

As Alex continued to translate for Igor at church, he told Joi that he didn’t expect church to be so “chill” or so friendly. And then, after more weeks of Sunday morning translations and Sunday afternoon games and conversations, the most amazing thing happened: Alex came to church this past week and accepted Jesus!

The RPG group continues to meet and have adventures. And more opportunities for disciple-making have come up. While at a party, Gage Copeland had a three-hour conversation with an atheist friend about spiritual matters. Ryan, the other teen who came to the Easter service, was listening in. Later, Ryan came over unannounced to visit the Copelands one afternoon.

“Ryan told us that it was an interesting conversation and then began to ask Joi and me about some of his questions and objections to Christianity. For about an hour and a half, Ryan, Jenny (a practicing Wiccan), Gavin, Joi, and I talked about Christianity, God, the Trinity, God’s great love for us, and why Jesus had to die to save us from our sins. They thanked us for answering their questions because they said that they had never felt comfortable asking these questions to anyone before. It was an amazing conversation. While they didn’t accept Jesus there and then, we were encouraged by the fact that they are asking these questions and seeking answers,” said Chris.

All this because of a Sunday afternoon gathering of teenagers playing an RPG led by the Copeland brothers.

And the great dragon was thrown down, the serpent of old who is called the devil and Satan, who deceives the whole world; he was thrown down to the earth, and his angels were thrown down with him. – Revelation 12:9

You couldn’t ask for a more epic ending to a story. 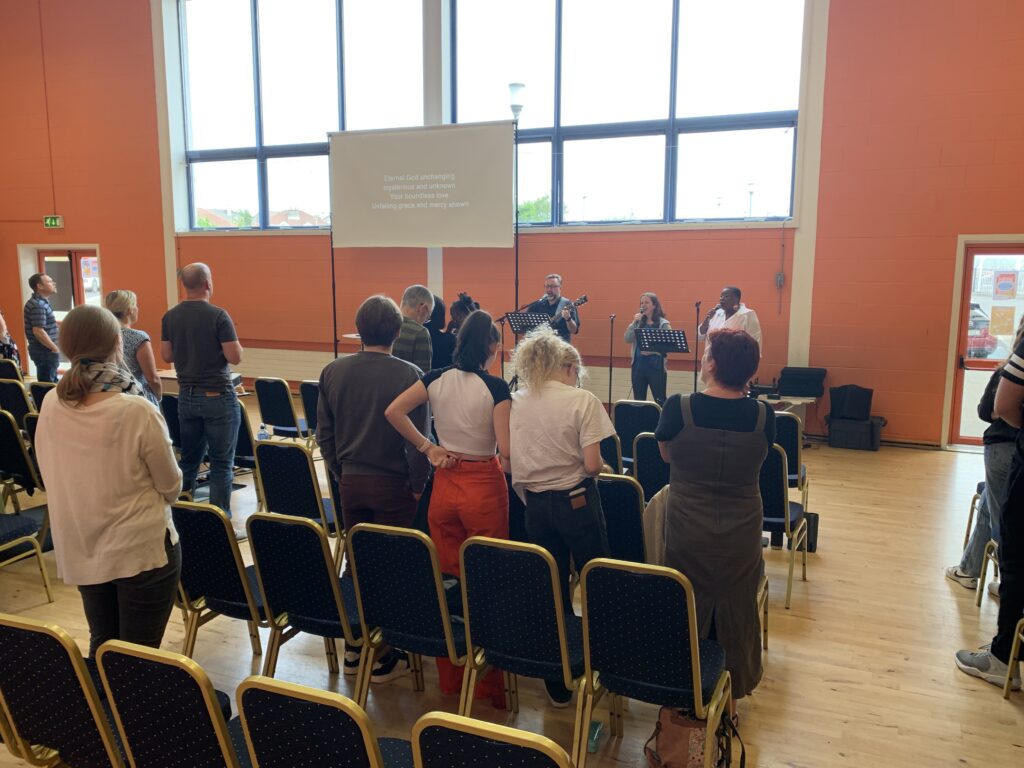 Copy and paste the link in your browser and share it to your social media with an answer to one of these questions or write your answer in the comments below.