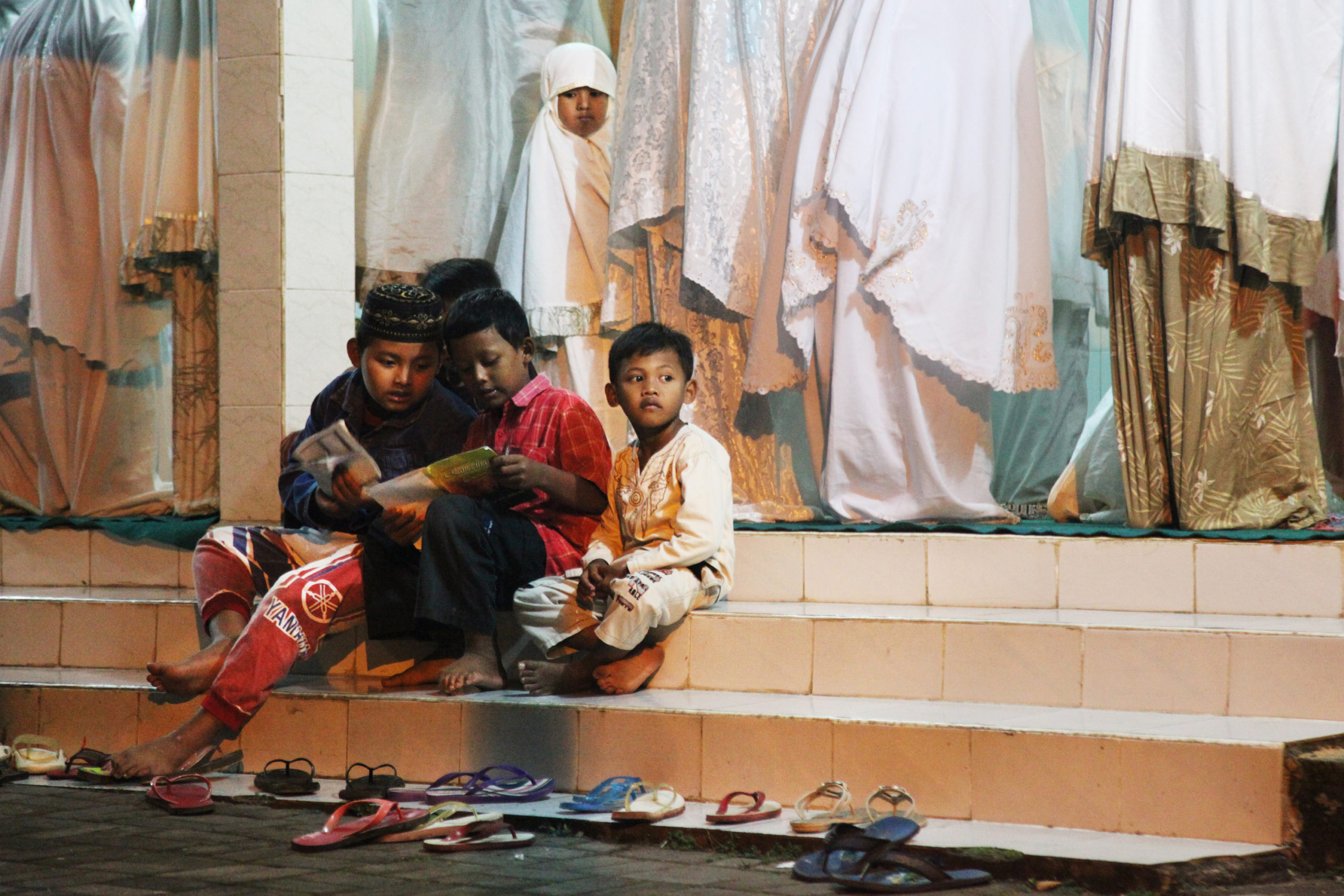 It is a special time of year for 1.8 billion people around the world. Something in the atmosphere makes this season different from any other. Those who celebrate it hang festive lights and exchange gifts. They host big dinners, serving seasonal dishes, and inviting honored guests. People give generously to the poor and needy. Everyone strives to be the best version of themselves. They reflect on the past year and feel hopeful for the year to come. And children watch out the windows with anticipation to see if they can spot…the moon.

It is Ramadan. Based on the lunar calendar, it began around April 23 (depending on the country) and will last 30 days and nights. Normally Muslims would look forward to this time of year with great anticipation. While it is known as the month of fasting during daylight hours, it is also a month rich with spiritual and cultural significance. But this year marks a Ramadan unlike any they have seen before. The novel coronavirus has spread to over 200 countries and territories, triggering several countries to declare a state of emergency. Now the majority of Muslims are observing Ramadan while confined to their homes.

Around the world, national governments have closed businesses, schools, and mosques in response to the pandemic. Many Muslim-majority countries have enforced nightly curfews and banned the street bazaars that appear during Ramadan to sell lanterns and dried fruits. In the United Arab Emirates, the nightly call to prayer from mosques has changed from “come to prayer” to now urge “pray at home” or “pray where you are.”

Even Islam’s three most holy sites have shut to worshippers and pilgrims. Every year tens of thousands of Muslims visit Al-Aqsa Mosque in Jerusalem during Ramadan, but this year they will have to settle for watching the prayers broadcast on television. For the first time in 1400 years, the Grand Mosque in Mecca and The Prophet’s Mosque in Medina will be closed throughout Ramadan.

Yet, people in some places have resisted emergency measures. In Indonesia, thousands still gathered at the largest mosque in the Aceh province for the first night of Ramadan. In Morocco, police have arrested over 80,000 people for breaching lockdown restrictions. In Pakistan, Islamic leaders insisted on keeping mosques open despite health concerns and a national mandate to practice social distancing.

It is easy to understand why. For faithful Muslims, lockdowns at this time of year are devastating news–on many levels.

“This brings tears to my eyes,” wrote one commenter on a recent article from TheIslamicInformation.com. “Ramadan is the best time of the year. We spend more time in the mosques, engage in more ‘Ibadah, recite the Qur’an more frequently and abstain from sins as much as we can, and most importantly, attend the Taraweeh prayer. But sadly, due to the spread of the Coronavirus, we can’t do many of these things. I personally love spending time in the mosque and Ramadan is the perfect opportunity for that, but not this time. I planned so many things for Ramadan, but sadly, I won’t be able to do many of those things.”

On the social level, people are prevented from visiting extended family and friends during this special season. Fasting in quarantine carries extra challenges as people are unable to go outside and find diversions from the hunger. Many out of work due to closed businesses are wondering whether they can afford to eat, let alone pay other expenses. For others, quarantine means no respite from a violent partner or family member.

But on the spiritual level, there are even greater concerns. During Ramadan, Muslims celebrate when they believe Allah gave the Qur’an to Mohammed. The Qur’an also teaches that Ramadan is a special opportunity to earn rewards both in this life and the next.

One quote of Mohammed says, “The one who fasts during the month of Ramadan with conviction while seeking its reward from Allah will have his past sins forgiven.”

Besides fasting, Muslims seek to please Allah through reading the Qur’an, performing the five daily prayers, praying Taraweeh after the evening meal, reciting prayers of supplication (dua’) attributed to Muhammed, giving money and food to the poor, maintaining good manners, and offering the prayer of Eid Al-Fitr at the end of Ramadan.

An article of QuranReading.com sums up the purpose of Ramadan: “The emphasis or focus of a Muslim during Ramadan should be on gathering as much blessings as possible. In addition, one must take care of the things to do and things to avoid in Ramadan. Therefore, it is imperative that one refrains from any such deeds that spoil the blessings gained and is against the essence and spirit of fasting.”

According to a recent article on the website MuslimMatters.org, “Like Hajj, if we have a truly successful Hajj/Ramadan then we come out of it leaving that which displeases Allah and striving harder towards that which is pleasing to Him.” The article continues, “We still must strive to do more good while in a state of fasting to maximize its reward. More prayer, more dhikr, more charity, while we have more time for these.”

One hadith of Mohammed says, “Because Ramadan is of such a high status, acts of obedience during the month are of immense virtue and earn a greatly multiplied reward, and the sin of acts of disobedience during this month is greater and more serious than sins at other times.”

Yet the health emergency has complicated performing many of the deeds traditional to Ramadan. Normally families may invite those in need to their evening meal, iftar, as an act of charity. Not only have lockdowns restricted mobility but many people out of work may barely be able to feed their own families, let alone guests. With mosques closed, the devout are encouraged to pray at home, including the prayer of Taraweeh that follows the iftar. Many mosques have adapted to live streaming prayer times and recitations of the Qur’an.

Ramadan has much in common with the Christian Advent season. It is a time to celebrate the gift of the Word of God. But to Christians, the Word of God is Jesus Christ. John 1:14 says, “And the Word became flesh and dwelt among us, and we have seen his glory, glory as of the only Son from the Father, full of grace and truth.”

For Muslims, Ramadan is an opportunity to purify themselves and achieve salvation by pleasing Allah. Their hope is tipping the scales with more good deeds than bad, but they will only know after death if they have done enough to enter Paradise. In contrast, Christians receive salvation as unconditional and undeserved through the sacrifice of Jesus.

Paul wrote to Christians in Rome, “But God shows his love for us in that while we were still sinners, Christ died for us. Since, therefore, we have now been justified by his blood, much more shall we be saved by him from the wrath of God.  For if while we were enemies we were reconciled to God by the death of his Son, much more, now that we are reconciled, shall we be saved by his life” (Romans 5:8-10). He also wrote to Ephesian Christians, “For by grace you have been saved through faith. And this is not your own doing; it is the gift of God” (Ephesians 2:8).

During this month of fasting, Christians around the world have begun annual prayer initiatives to learn more about and to pray more intentionally for these people whom God loves dearly.  We invite you to join us as we seek to have a positive and powerful impact on Muslims by praying for them daily during these 30 days.

Leave a prayer for them on our  prayer page.