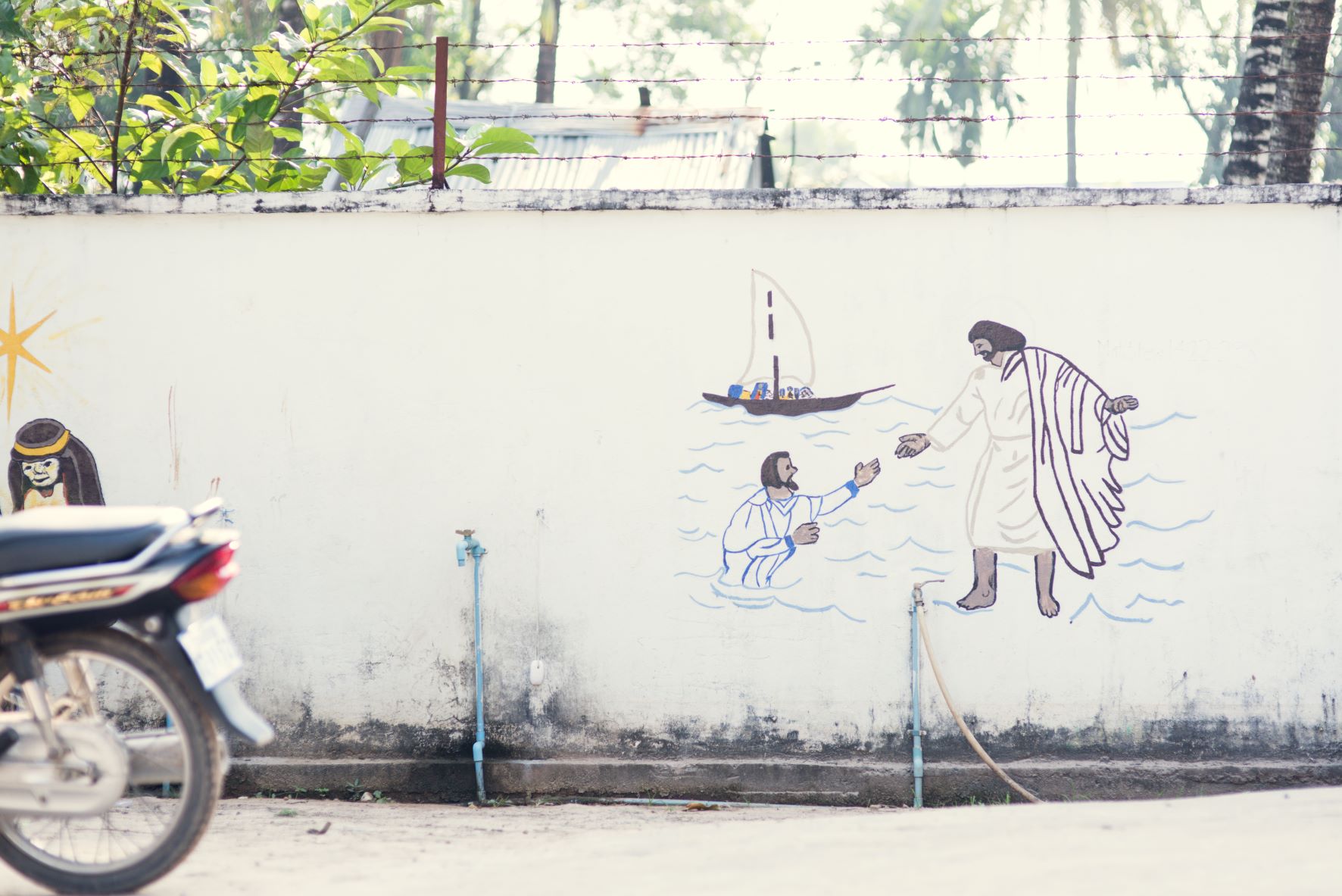 He Saw Little Hope in His Situation

Over a year ago, a friend from church asked if I could visit a young man named Ly Seng who worked at his social enterprise and recently had surgery for his spine. Following the surgery, he was unable to feel or move his legs at all. I went to see him, and the situation felt overwhelming. Ly Seng was lying down on a mat on the floor in a dark, tiny house. I assessed his legs, and he really had no feeling or muscle activity whatsoever. He was quiet, despondent. His mother looked worn and worried. I asked what the doctor had said to him after his surgery, and he said he was just told that he wouldn’t be able to walk for three to six months.

No one said anything to them regarding therapy or what the path to recovery might look like. I did not know what to make of that and did not really know what I would be able to do for Ly. I offered a couple of suggestions to help him and said that I would check back. Shortly after that, Ly went back to the hospital for a second surgery due to having an infection. He started having some feeling return to his legs, so there was more that he could work on, and I could begin providing regular therapy for him. I visited Ly at home to work with him on strengthening his muscles, and eventually, he was able to stand and, with a walker, walk a short distance.

Months later, I was at a retreat with the man’s wife who had initially connected me with this young man, and she talked about the ripple effects in that community that was coming out of our efforts to help him. Neighbors were pleased to see his progress, and some had gotten more involved in showing support to the family. It was encouraging to be reminded that our actions often speak louder than words. People I didn’t even know in this little neighborhood were witnessing the love of Jesus to this young man through my actions and the actions of my friends.

After a while, the Covid-19 situation prohibited me from seeing Ly for a time, and I learned that he seemed to be a bit depressed. I felt at a loss to know what to do. I needed to be careful about my possible exposure to help protect my teammates and the families we serve at CIF, but I also was very concerned about this young man. Additionally, I knew that he had needs beyond what I could provide, and it was hard for me to even fully understand those needs because of the language barrier between us. I know enough Khmer to communicate on a basic level, but often I could not understand all that he was trying to say.

I remembered hearing about the Carrying Companions ministry and contacted them to see if he would be a candidate for their services and if they had space for him in their programming. They did, and that has turned out to be an excellent partnership! I’m really grateful because he has a caseworker at Carrying Companions who is a wonderful Christian Khmer man. Ly is learning the Bible with him and getting help with reading and writing from one of their teachers. His caseworker has also taken great interest in the exercises we have been doing and shows excellent aptitude for providing therapeutic activities. This young man is pleased with the progress Ly is making and the relationships he is developing there. The body of Christ coming together over Ly’s situation has been a sweet example of the grace of God shown to him.

Photos used with Permission from Ly Seng and Carrying Companions. 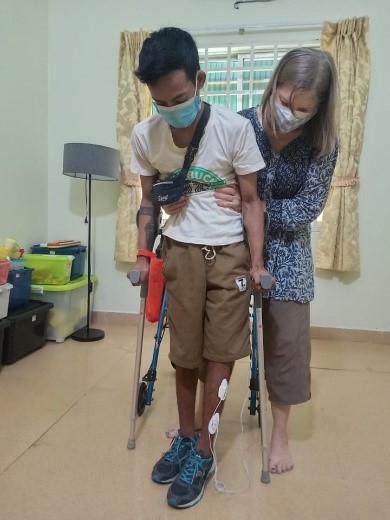