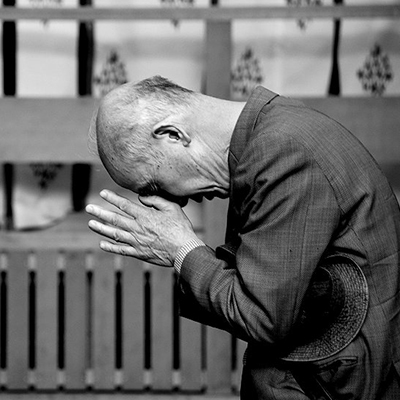 The Best Missionary Recruitment Strategy, Straight from the Bible

I gasped as I saw the definition of the word. Oh, I had prayed this prayer before, but I had no idea. Never saw it coming. I’m still not over it. I’ll never pray for workers the same.

Actually, it started before that study. I love it when God steps in and breaks up a perfectly good meeting. The Mobilization directors for WorldVenture were meeting in January, 2015 and discussing strategies for finding new missionaries. We had a couple of solid suggestions on the whiteboard. “We need to focus on church partnerships,” somebody suggested. “What about establishing a recruitment presence in the Southeast part of the U.S.?” someone else offered. We all continued to quietly contemplate fresh strategies until someone said,

“Wait a minute guys. Didn’t Jesus already give us the worker mobilization strategy when he said, ‘Ask the Lord of the harvest to send out workers into his harvest?’ Isn’t prayer supposed to be our strategy?”

Silence in the room. God had showed up and erased the whiteboard. It was embarrassing. We were all Bible believing and practicing mission leaders. We had simply let good, reasonable ideas take precedence over the words of Jesus himself.[quote_right]”Sure, people may need food, shelter, and money for the immediate, but ultimately the solution is workers. And when I see these broken people’s plight, I am motivated to plead to God to send workers.”[/quote_right]

The next morning I had a job description in my inbox with the words of Andrew Murray, “The man who mobilizes the Christian church to pray will make the greatest contribution to world evangelization in history.” I had been appointed the director of Prayer Mobilization. I gulped and prayed, “God, they want me to be #theprayerguy! Help!”

So where do you start when you’re trying to figure out a new ministry? I figured I shouldn’t make the same mistake twice! I started with a study of Matthew 9:37-38:

“Then he said to his disciples, “The harvest is plentiful but the workers are few. Ask the Lord of the harvest, therefore, to send out workers into his harvest field.”

Nothing too earth shattering: I ask and the Lord of the harvest sends. Simple enough. But I decided to dig a bit deeper and see what is behind the words “ask” and “send.”

I never saw it coming. I’m still not over it. I’ll never pray for workers the same.

While there are several possible Greek words for “ask/pray” in the New Testament, three are predominant.

The first word is “proseuchomai” which means “to pray to God or entreat.” The second word is “aiteo” which generally means “to ask, ask for or demand.”

The third word for “pray” in the New Testament is “deomai” and this one is the word Jesus is using. It generally means “to lack or be in need of,” from which we get the idea of request, beseech or beg. More specifically, it can mean that we are approaching God with an urgent need and imploring him to intervene. In that sense, it is the strongest possible word for prayer.

Two examples outside of the Matthew 9 passage use “deomai.” In 2 Corinthians 5:20, Paul says, “We implore (deomai) you on Christ’s behalf: Be reconciled to God.” And perhaps a more graphic example is the story in Luke 9:40 of the father of the demon-possessed boy who begged (deomai) the disciples to drive out the demon.

That’s the idea in praying for God to send out workers: I implore him; I beg him. This is serious prayer!

But I’ve got a problem. I rarely pray that intensely. It’s not that I don’t want to; I’m just not that motivated. So what would motivate us? As I pondered that, I glanced at the previous verse (Matthew 9:36):

“When he saw the crowds, he had compassion on them, because they were harassed and helpless, like sheep without a shepherd.”

Compassion. That’s the motivator. The images started flooding in. I saw the little boy in Congo, standing alone in the round-about, with thousands of other Rwandan refugees all around him as he was sobbing. In the maze of people, he had evidently lost his parents. Fear, insecurity, loneliness. It wasn’t hard to know his feelings. There was the refugee woman clinging to the one bag of possessions she had after walking for days to the safety of this neighboring country, only to find herself with tens of thousands of others tightly bunched together on the road that was taking my family to safety in Uganda. Driving 1 mph with the horn blaring, I gently bumped her by mistake and then saw her glazed eyes. Exhaustion, violence, genocide, lost family, personal abuse. She had seen and experienced it all. There was the Congolese worker who came to work one morning at my home and sat on the bench under our back porch roof and wept. He had four sons and then finally, his wife had given birth a few months earlier to a baby girl. But just the night before, the baby had died. He was inconsolable.

One by one, those images and more flooded my mind with deep, penetrating anguish for the suffering people of the world. How many times had I cried out to God to DO SOMETHING? Compassion HAD motivated me to pray. But I had never realized until I deeply understood Matthew 9:36-38 that I was fervently praying for the wrong thing! Jesus’ answer for harassed and helpless people is workers. Sure, people may need food, shelter, and money for the immediate, but ultimately the solution is workers. And when I see these broken people’s plight, I am motivated to plead to God to send workers.

There are also three possible Greek words for “send.”

“Pempo” is a basic word for send and could be used of my wife sending me to the store for something. It is a physical sending or causing to go. “Apostello” is another more common word for “send,” and it means to commission, in the sense of authorizing and instructing someone to perform a definite task. Jesus uses this word to “send” out his disciples just five verses later in chapter 10. But as great a word as it is, “apostello” is not the word used in Matthew 9:37-38. That word is “ekballo,” and when I looked closely at that word, I was stunned.

[quote_left]”When you pray your heart out, God moves people into the harvest. It is a blank check signed by the God of the universe.”[/quote_left]“Ekballo” is used 34 times for “casting out” demons! That is the word’s primary use in the gospels. Unbelievable! While the word is not that forcible in Matthew 9:38, one has to factor that predominant use into an understanding of “send.” It helps to look at other passages to get at the meaning in our verse. Curiously, the word is used in Mark 1:12 at Jesus’ temptation when the Spirit “drives” Jesus into the wilderness. That is a lot stronger than simply “send” or especially “lead.” Other passages are also instructive, but I like James 2:25 as adding a context for the word closer to our passage. There Rahab, the prostitute, is commended for “sending out” the two spies who had come to Jericho to spy on behalf of Israel. One can imagine the urgency and deliberate action taken by Rahab. She is not casually sending them off. One can hear her say, “You’ve GOT to get out of here!”

Having looked at this verse in detail, one cannot miss the incredible offer Jesus is presenting to us. When you pray your heart out, God moves people into the harvest. It is a blank check signed by the God of the universe.

So what are the implications of this for an organization like WorldVenture?

So, pray! Join me in making this the most important ministry we do in 2016.

Doug Hazen was the director of prayer mobilization at WorldVenture.