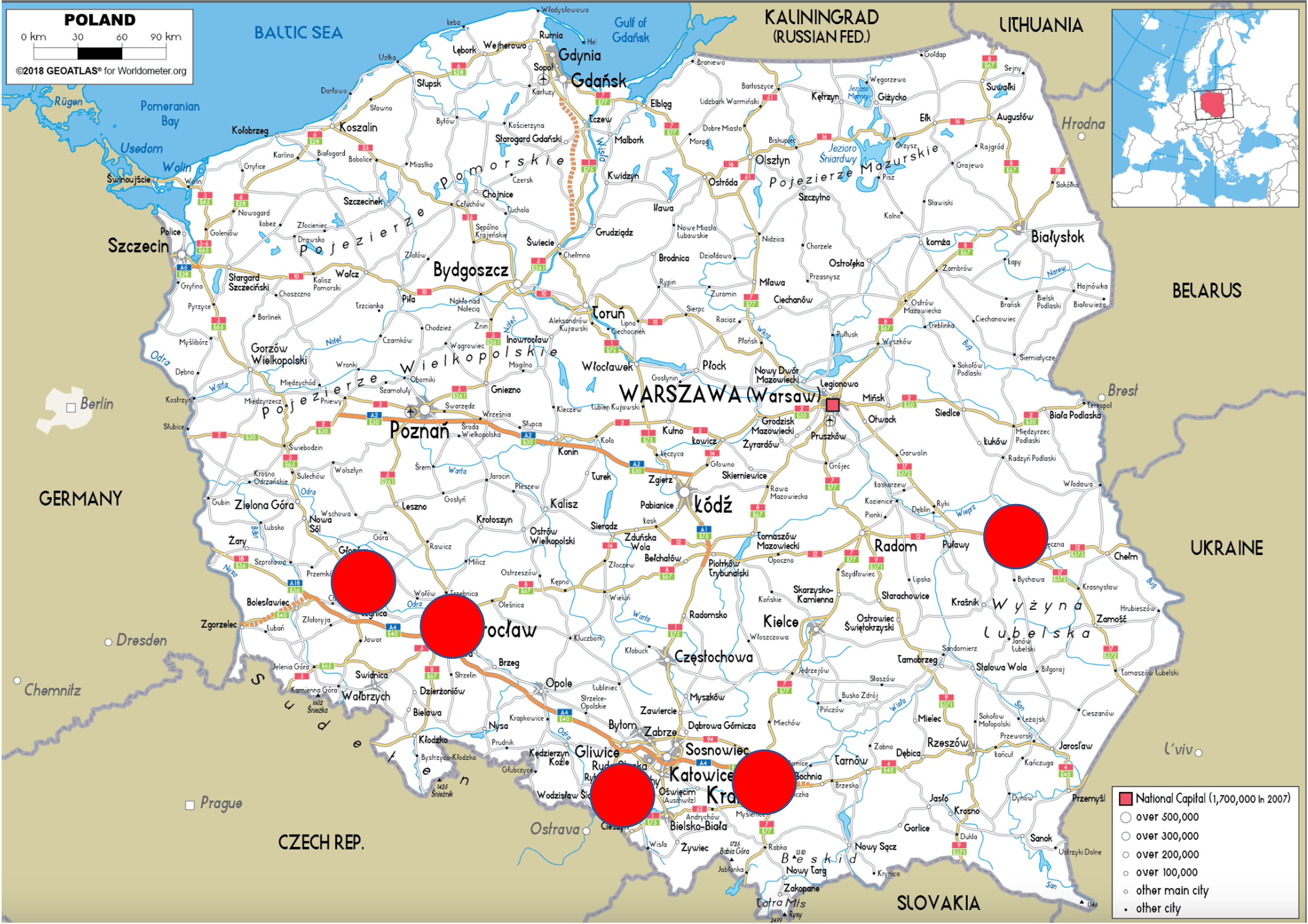 Donna and Mark McDonnel are WorldVenture global workers to Ukraine temporarily evacuated to Poland. And they just spent 48-hours straight helping Ukrainian refugees. Because sometimes, that’s what it means to serve.

Living with our Poland team, the McDonnels are sheltering in Wroclaw, Poland. Our WorldVenture Poland Team member, Joel Burnell, intended to whisk them away for a day to get some fresh air and a break from the war news. “You never know what the cost of helping those in need might be,” said Joel. Donna received a call from her friend and Arabic-language teacher, a Jordanian man teaching in Kyiv, interrupting those plans.

Donna’s teacher managed to escape with his Ukrainian wife – who was very distressed – and their two kids in their car. “That little suburb – where John and Stella White live, across the street from Kyiv Christian Academy which recently built out there – was home to a good-sized Tatar community, and he was teaching Quranic Arabic at a school there.” It was recently shelled by the Russian military.

As Donna describes, it’s “chaos” attempting to leave Ukraine. This man and his family traveled with different caravans of people of different nationalities and spent over 48-hours waiting to cross the border into Poland. Donna and the teacher spoke throughout this time of escape, and she helped him think through where to find a new home. The caravan of people with him grew to include a “grandfather” and a young woman from the recently-destroyed city of Kharkiv.

Donna, her husband, Mark, and Joel arranged for lodging to house them on their trip through Poland – an adventure all its own. Eventually, the teacher and his large group made their way to Berlin, Germany, en route to their hoped-for destination of Switzerland. But the start of their new lives has begun with a new challenge: all 11 have tested positive for C*vid. They are now quarantined. It’s a rough way to start a new life after a harrowing experience fleeing their former lives.

“They are not going back to Ukraine,” Donna reports of her friends. “He sees this as starting a whole new life. His biggest concerns were being received as a Muslim and the rumors of prejudice.”

The onslaught of news media can cause us to feel overwhelmed by the humanitarian crisis. Or worse, we can forget that the news videos shown and numbers posted are about real people with real needs. But there are ways to serve and meet the needs of Ukrainian refugees and other refugees fleeing the region, just like Donna has. And like Donna, we may need to make sacrifices to help. God may not have you stay up for 48 hours like the McDonnels have done. But He is likely calling you to pray for and give to the needs of similar refugees in the region and beyond!

Pray for the following: