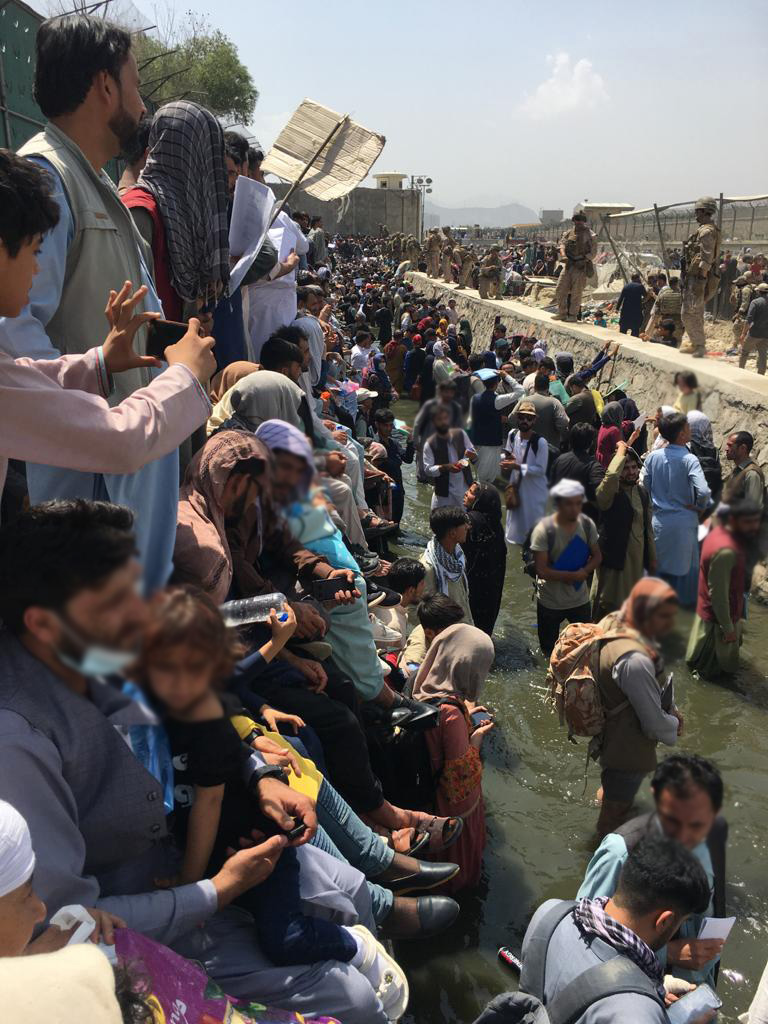 A Women’s Rights Activist Endangered and Left Behind

By Matt Shiner, a mentor

Imama was born under a Taliban government that denied Afghani females an education after the elementary grades.  During the years she was a schoolgirl, American soldiers arrived, and the new government provided her a path of continuing education to become all God has planned.  While achieving a law degree, she became an avid women’s rights activist, specifically for the fundamental rights that were denied to the women of Afghan culture. She worked in the US Embassy and helped embellish the legal community.

I met Imama five years ago when she attended Leadership Development training.  She was invited to America to experience working in an organization with Servant Leadership values.  She was unable to come because she was offered a job that fit her talents, education, and personal goals instead. Imama has fought for women’s rights since she was ten years old. It is because of her life’s work that Imama faces danger now.

Today, Imama is in hiding inside the country of Afghanistan. She had been unable to evacuate before the curtain closed on regular evacuation flights. She is in grave danger if she is found by the Taliban.  Her entire family is also in danger due to their relationship with Imama and partnering with her in advocating for women’s rights. Many others are preparing to leave by getting their passports (see video).

WorldVenture is partnering with other organizations to safely get Imama and her entire family to a country where they can put down new roots and eventually flourish.  Many things must be accomplished, and it will take months – or likely years – to make this happen.  We must act fast and have already begun taking action to get the ball rolling. We seek your earnest prayers (James 5:16b). We also ask for your financial participation in saving this precious and energetic woman and her family, each one made in the likeness of God.

The Long Wait: The Next Chapter in Imama

My friend, Imama, was hiding out in a town in Afghanistan yesterday with her brother. She had been moving around, but her list of friendly houses dwindled. She rented a hotel room in an out-of-the-way part of town.  She hid in a room on one level while her colleague hid on another floor.

While in hiding, Imama received a text message from her colleague. Armed Taliban soldiers had entered the hotel and were searching each room looking for anyone on their list of enemies. When doors didn’t open, they broke them down. They searched the hotel manager’s room. This woman was not on their list, but they wanted to take her son. She begged them not to, and they let the boy stay. The Taliban continued their violent search.

Imama text me to ask for prayer.

With some urgency, I text back, “Delete all messages to me and other westerners from your phone!”  That was the last I heard until much later.

The LORD gave Imama an idea. She and her brother went to the back stairwell and quickly but quietly descended.  No soldiers were there. Getting to the main level, they were able to stay hidden and sneak out a back door. This back door connected into a busy street where they blended into the crowd and moved on. Her colleague also found an escape route and is now somewhere else.

We thank God for imparting His wisdom and courage to them during a moment of severe danger. Imama is still safe.  May His angels protect her in the days ahead and provide a way of escape from Afghanistan!

In the comments to this blog, write a prayer for Imama. We will work with Matt to get you regular updates on Imama.